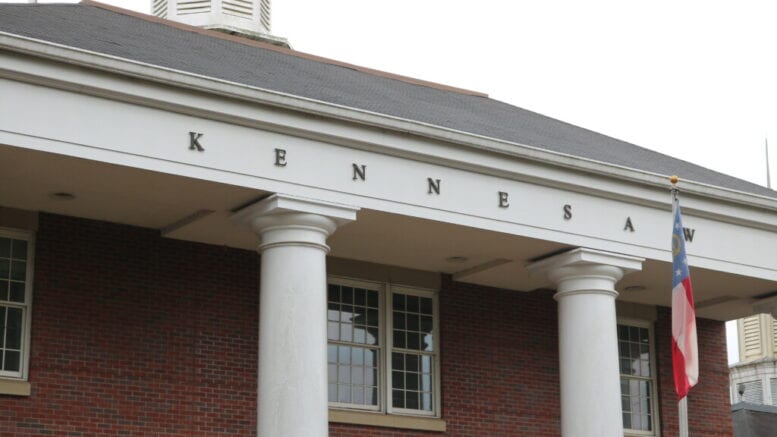 This one suspends all land matters that require a public hearing, “including but not limited to, all zoning, annexation, variance, special land use, historic preservation, and other land use matters.”

The order will extend until the state of emergency ends.

Download and read the executive order by following this link

In a news release earlier in the afternoon, the City of Kennesaw announced a transition to limited services and staffing.

The following is the text of the release:

Kennesaw, GA (March 25, 2020) — Effective at 5:00 p.m. on Wednesday, March 25, 2020, the City of Kennesaw will temporarily transition to limited services and staffing, under the City’s Emergency Operations Policy.

During this time, we ask for our community’s patience. All calls and emails will be responded to as soon as possible.

Sanitation will continue normal operations. Any change in sanitation will be announced by the City of Kennesaw via web and social media.

For updates from the City of Kennesaw, please visit www.kennesaw-ga.gov/covid-19.

The City of Kennesaw declared a State of Emergency on March 20 due to the COVID-19 pandemic. The order was issued by Kennesaw Mayor Derek Easterling.

They later announced a system of staff rotation to decrease the social distance between employees.