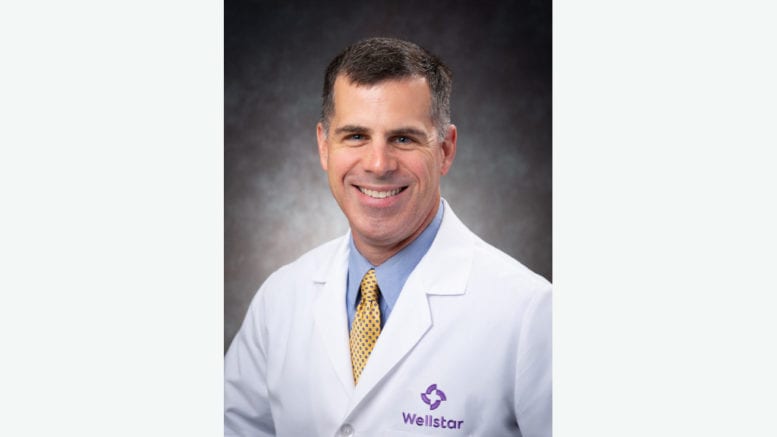 Dr. Andrew Doyle, a pediatrician with Wellstar Health System, warned that a dangerous drop in childhood immunizations is taking place nationwide, and if it continues as the schools reopen for in-person classes and the flu season arrives, it could spell trouble during the current COVID-19 pandemic.

“That’s very concerning to us, that we’re developing these gaps in coverage for these very preventable diseases,” he said.

Doyle said there has been a slight uptick in immunizations recently, “But we’re nowhere close to where we should be right now.”

He said that as children return to daycare and school, the risk of disease increases.

“A good example of what we’re afraid is going to happen with this lack of coverage is a measles outbreak like that we had last year in the nation, and especially here in Georgia,” he said.

Doyle said that the measles outbreak took place with a drop in coverage below 90 percent, and the current drop is even steeper, below 50 percent.

“You can see where our concerns are,” he said.

The Courier asked Dr. Doyle if the figures in Cobb County were comparable to the nationwide drop.

He said figures that break out Cobb specifically are hard to come by, but that anecdotally he is seeing a drop of between 30 and 50 percent locally in both wellness visits and immunization for children.

“I suspect that we are mirroring those national figures pretty closely,” he said.

The Courier asked Doyle to list some of the immunizations currently administered.

He said vaccination schedules are broken into three age ranges: 0 -18 months, the ages between 18 months and adolesence, and adolescence.

He said the immunizations for the youngest age range include polio, meningitis and hepatitis. From one to four years of age measles, mumps, rubella and chicken pox are among those included. Then in adolescence the tetanus booster continues, along with immunization for the human papilomma virus.

He said parents should work with their pediatricians to devise a schedule suitable for the individual child. He said, for example, an immunocompromised child or one undergoing chemotherapy might need to have immunizations delayed.

“This highlights the need we have for everybody else in the community to make sure that they are up to date on their immunizations,” Doyle said, “Because by keeping the community rate up above 90 percent for these immunizations, we then make the community safe for those of our neighbors that can’t get immunizations for whatever reason, particularly if they have a medical reason that prevents them from getting them.”

The Courier asked Dr. Doyle why the rate of immunization had fallen so much.

“We suspect pretty strong that it is related to the pandemic,” he said.

“Parents were, and are, justifiably concerned about their kids,” he said. “They don’t want to expose their children to the coronavirus, and especially when we encourage everybody to stay home and avoid unnecessary visits or unnecessary trips outside of the home.”

“But what we’re really encouraging them now to know is that it is safe to come to the doctor,” Doyle said. “Physicians across the country have instituted practices that ensure the safety of their patients.”

He said Wellstar, where he works, has implemented safeguards.

His recommendation for parents and children to keep everyone safe is to wear a mask, and to phone ahead to the physician’s office to ask what additional things should be done to ensure a safe visit.

Asked if he had any closing thoughts Doyle said he really wants to emphasize that as flu season arrives, people should make sure the flu vaccine is administered.

“This year in particular when the flu comes in, and coronavirus is expected to exacerbate it, we do not want anybody to have both diseases which are both potentially fatal at the same time.”