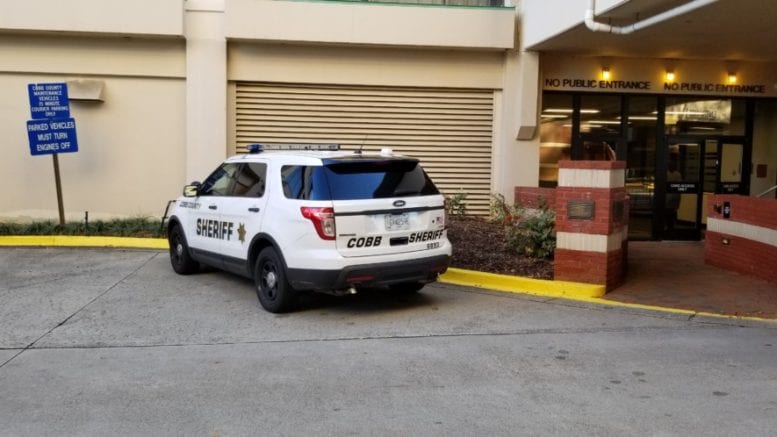 According to a press release from the Georgia Bureau of Investigation, a 47-year-old Marietta man was arrested for threatening an employee of the Georgia Secretary of State’s office.

According to investigators the man had threatened physical harm to the employee after his application to set up a limited liability corporation (LLC) was rejected.

He was arrested with assistance from the Cobb County Sheriff’s Office and was booked into the Cobb County Adult Detention Center (ADC) on charges of “terroristic threats and acts,” a felony.

According to the ADC’s booking information, he was released on bond.

[The Cobb County Courier has recently implemented a policy of withholding the name of suspects unless and until the person is convicted in a court of law or enters a plea of guilty. All suspects are innocent until proven guilty, and the internet has no effective way of removing reports of arrest if the person is exonerated].