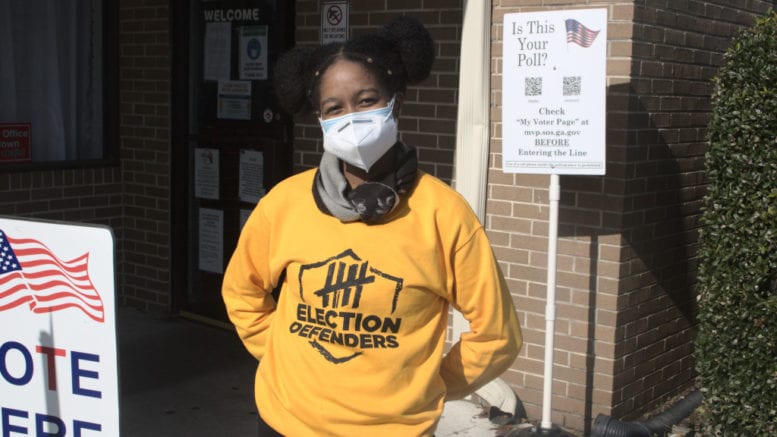 Sometimes good news is bad news for reporters and editors, especially when they just show up somewhere hoping to find a story. Bad news is often a more interesting story than to report that everything’s fine.

When it comes to elections though, particularly in this time of polarization and conflict, it’s nice to see the democratic process running smoothly.

During the time I was there, from about 9 a.m. at the EpiCenter, to noon at Floyd Middle School, there were no outside lines, and voters were entering and leaving the buildings quickly.

I also drove by Lindley Middle School, but didn’t stop in. There was no outside line there either.

This is in contrast to my visits to the South Cobb Regional Library and the EpiCenter during the first week of early voting, when the library in particular had an enormous line wrapping around the building, and the voters I spoke with at the library stood in line for eight hours.

One of the most interesting things to me was the number of election observers (aka poll watchers) at the locations.

The ACLU, Election Defenders, New Georgia Project, Fair Fight, both the Cobb and Georgia Democratic Party, and one independent observer were represented at the four locations.

Fair Fight was at three of the four sites I visited.

The election observers declined to provide me with quotes, and directed me to their organizational websites and contact people.

Here are a few photos I took at the polling sites:

Be the first to comment on "From the editor: All quiet and smooth at four South Cobb polling sites"