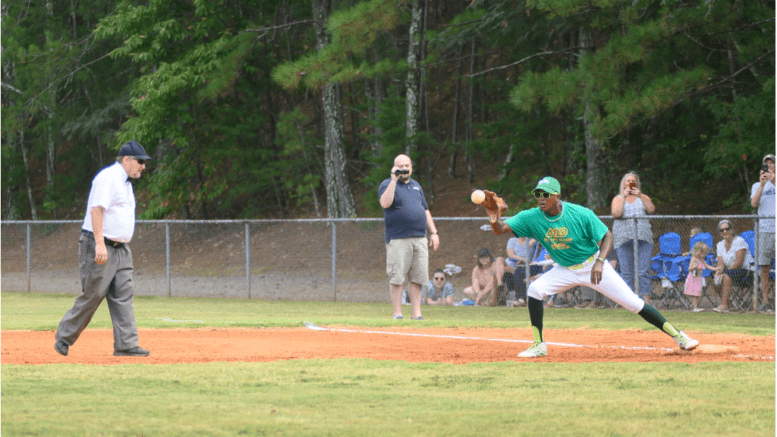 The Alternative Baseball Organization will restart its East Cobb and Powder Springs programs in 2021, and is looking for players, volunteers and donations.

The plan is to begin post-pandemic competition in late spring of this year.

The Courier spoke with Taylor Duncan, the commissioner and director of the league via videoconference.

“Alternative Baseball provides the authentic baseball experience for teens and adults ages 15 years of age and older with autism and other disabilities for physical and social skills enrichment in life on and off the baseball diamond,” Duncan said. “We strive to teach our players proper work ethic, and we in a way that we encourage them to be the best they can be. we instill that instill confidence for them to fulfill dreams in life on and off the baseball diamond. And really, we really strive for this experience to be as enriching as possible so that they can go out and be successful.”

Asked the deadline for joining a team, Duncan said, “We take new players 365 days a year, seven days a week, 24 hours a day. So there is no deadline.”

He described his own experience, which led him to organize the league, in an email:

When I was much younger, I had speech issues, anxiety issues, and more that came with having autism… I wasn’t able to participate in competitive sports due to the developmental delays, in addition to social stigma (preconceived ideas) from those who think what one with autism can and cannot accomplish. With the help of my mom, teachers, mentors, and coaches who believed in me, I’ve gotten to where I am today in my life: To live with the goal to inspire, raise awareness, and acceptance for autism and special needs globally through the sport of baseball.

As many with autism graduate from high school in many areas, services plateau. In a lot of suburban and rural areas, there are no services for those to continue their path toward independence. Many travel to find the limited services which may or may not be available to their specific needs. Realizing a lack of general incentive and opportunities for those on the spectrum, I started this organization to give others on the spectrum/special needs the opportunity to be accepted for who they are and to be encouraged to be the best they can be!

Duncan described the first steps in setting up the league.

“I started the very first team in Powder Springs in 2016,” he said. “That’s where it all started with McEachern Memorial United Methodist Church, the first practice was held.”

“And we only had around six players,” he said. “But as time went on, word of mouth grew, and so did our roster. Eventually, we had enough for two teams, one for Powder Springs, and one to serve those over in Paulding County.”

“So that’s where I felt like my calling to raise awareness and acceptance really evolved to put more emphasis on proper work ethic and really encouraging our players to be the best they can possibly be, and really set up an environment to where everyone is successful, using the same rule set as seen on television on the Braves.”

In an email he described those rules:

The program follows Major League rules (wood bats, base stealing, dropped third strike, etc.), and is a true typical team experience for others on the autism spectrum and special needs to help develop social skills for later in life.

“And then in greater Atlanta itself, we have Johnny Estrada, the former Brave, runs the one in Newnan.”

He said the league has teams in Loganville, Rossville, Columbus, Johns Creek, and Savannah, and are looking for a coaches to take over the teams in Paulding County and Macon.

Duncan said there are 70 teams in 33 states.

Asked how a prospective player or volunteer would sign up, Duncan said, “Those interested can go on http://www.alternativebaseball.org/ and sign up under the player form (the tab that says “play” on the website) and they fill out their information.”

“They’re entered in the player pool where I’ll send it over to the local manager,” said Duncan.

“And it’s the same process if somebody wishes to volunteer, or let’s say there’s somebody up in Acworth or Kennesaw that wants to start something up in that area, or somebody wants to start something closer to Cumberland/Vinings,” he said. “We’ll take new coach/managers and help them get started, whether it’s in Kennesaw or all the way down to Smyrna, everyone in Cobb County.”

“There are no geographical limits to who can participate in our two teams.”

In addition to players and volunteers, the Alternative Baseball League is also in need of donations. You can donate by following this link.