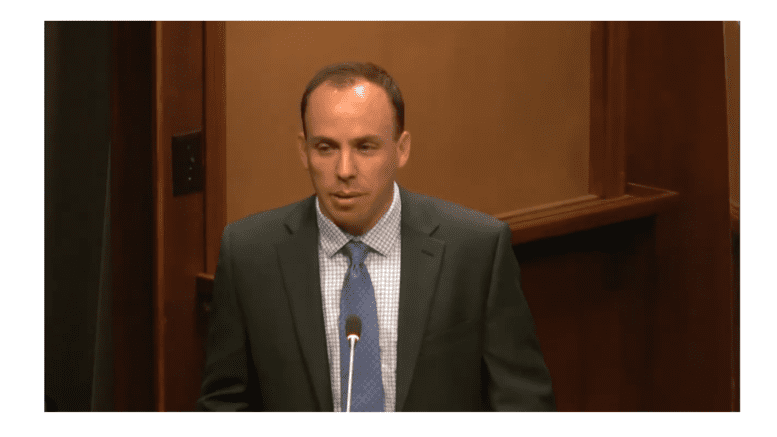 At Tuesday morning’s meeting of the Cobb County Board of Commissioners the commissioners approved Andrew “Drew” Raessler as the director of the Cobb Department of Transportation.

Raessler has served as interim director since May.

According to the county’s news release announcing the appointment:

Raessler began his career with Cobb in 2011 as an engineer technician with DOT where he started moving up through the ranks.  “Coming out of college into a difficult job market, the county gave me a chance as an unpaid intern,” Raessler told commissioners. “So many people over those years invested in me and have been a great support.  This has been a great place to work.”

He spent several years out to the east with the Unified Government of Athens-Clarke County from 2016-2019 as their director of transportation and public works. He returned to Cobb to serve as deputy director of the agency in 2019. Raessler holds a master’s degree in civil engineering from Kennesaw State University and a bachelor’s degree in agricultural engineering from The University of Georgia.

After the appointment, Resslaer took the podium and said, “To the chairwoman and the commissioners, thank you so much for your for your support.”

“I also want to thank my family. Hopefully they weren’t too rambunctious for the first part of the meeting,” he said. “But I’m thankful to them as well, especially to my wife, Laura, that you saw there, for her advice and support. The three little ones (are) Rosie, David and Chloe.

He expressed gratitude to the county for providing him with an internship when he finished college in the middle of a challenging job market, and to Erica Parish for bringing him into the department as a full-time staffer.

BOC Chairwoman said, “Wonderful, thank you. We’re grateful to have you here and just ecstatic to see you move into this role.”

Raessler then immediately began his new role by presenting the transportation agenda items.

Cobb Board of Commissioners to consider resolution condemning racism