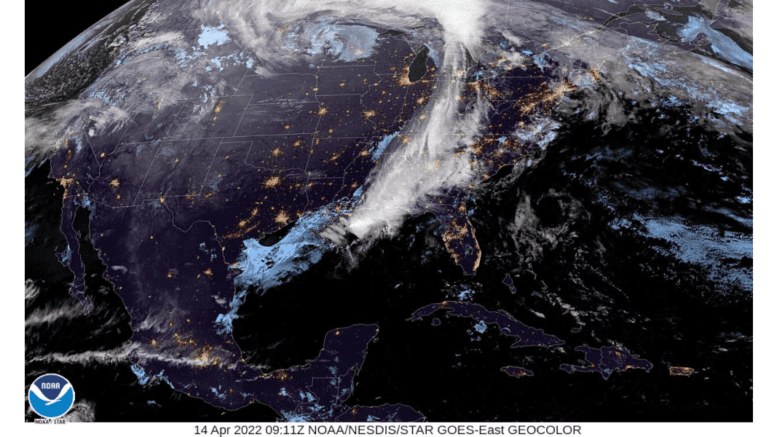 Before 9 a.m. there is a chance of showers, then from 9 a.m. – 1 p.m. a possibility of showers and thunderstorms.

A hazardous weather outlook is still in effect for north and central Georgia including Cobb County, raising the possibility of isolated severe thunderstorms and high winds, with a slight chance of a tornado in the far western tier of counties.

through early Thursday morning across portions of north and

western Georgia, capable of producing gusty to damaging winds. A

.DAYS TWO THROUGH SEVEN…Thursday through Tuesday…

Isolated thunderstorms are possible Thursday and this weekend,

and afternoon may be strong to severe across central Georgia.

The following forecast is centered on Dobbins Air Reserve Base in Marietta, Georgia:

Sunny, with a high near 75. Northeast wind 5 to 10 mph becoming southeast in the afternoon. Winds could gust as high as 20 mph.

A 40 percent chance of showers and thunderstorms after 2 a.m. Partly cloudy, with a low around 57. Southeast wind around 5 mph.

A 50 percent chance of showers and thunderstorms. Mostly cloudy, with a high near 75.

A chance of thunderstorms before 8 p.m. Mostly cloudy, with a low around 54. Chance of precipitation is 30%.

A 30 percent chance of showers. Partly sunny, with a high near 71.

Showers likely and possibly a thunderstorm. Mostly cloudy, with a low around 53. Chance of precipitation is 60%.

A 40 percent chance of showers and thunderstorms. Mostly cloudy, with a high near 64.

Partly cloudy, with a low around 46.

Mostly sunny, with a high near 71.