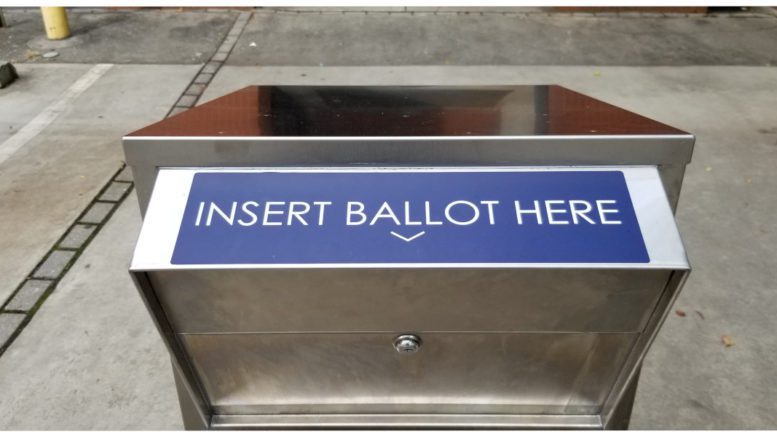 Some residents that live inside the boundaries of the proposed city of Lost Mountain in west Cobb are reporting that the question was not on their ballots Monday, but the Cobb elections office staff is aware and working on the issue.

For now, there is a workaround option for poll workers to fix it, and a larger fix is expected to roll out Monday afternoon. The problem is not affecting all voters.

Janine Eveler, director of Cobb elections, told the Courier in an email that the office was notified earlier this morning that some voters were missing the cityhood question, or another race.

“After gathering more information, we learned that the SOS [secretary of state] had not provided our latest database to the Poll Pad vendor; therefore the Poll Pad was creating the wrong ballot card for some precincts, based on an earlier version of the database,” she wrote. “We have put a work-around in place where the poll workers are manually bringing up the correct ballot on the BMD, instead of encoding the card on the Poll Pad. It is a little slower, but it will be correct until we get a new download from the vendor.”

The new download is expected later today and then new Poll Pads will be delivered to the polling locations.

Bridgette Clune was one of those voters affected by the ballot issue Monday.

Neither her ballot nor her mother’s contained the cityhood question. When she alerted a poll worker at the Ward Recreation Center, the initial response was that she must not live in the city limits.

“The one thing I know with 100% certainty is that I am in the limits,” she said.

It took the worker three tries but they were able to fix it.

Another resident reported the same problem at the West Cobb Library, but poll workers were able to fix the problem after making a phone call.

Any voter experiencing this problem is advised to immediately alert a poll worker.