The Hooper family was prominent in the early history of a part of the River Line Historic Area bounded roughly by the Chattahoochee River, and the modern locations of Atlanta Road, Veteran’s Memorial, and (to the north) Oakdale Road.  The southern part of that area, adjacent to the river, contained an incorporated Cobb County town known as Boltonville.  Boltonville had mayors (the first was John Collins), postmasters, and a rail stop.

The small Hooper-McWilliams family cemetery was created on the property of Thomas Hooper.  The first known burial there was of the infant Christian Hooper in 1836.  Several members of the Hooper family and their extended family were buried there,  including family patriarch Thomas Hooper (b. 1802) and his sons William H. Hooper and Thomas M. Hooper.

So what’s the mystery I mentioned in the title?  On November 2, 1862 an Atlanta-based newspaper called the Southern Confederacy printed a personal statement from a man named Thomas Hooper, sent to the paper from Boltonville.  I’ve included a reproduction of the article at the bottom of this story so you can read the entire account if your eyes will hold up to photocopied 19th century newspaper font.  He stated that his sons had been accused of draft evasion, and he wanted to set the record straight.  The article said that a rumor had circulated in the community that his sons, William R. and Thomas W. had deserted the area to avoid conscription, but that the rumor sprang from a misunderstanding  The sons had a government contract to provide timber for the Confederate army, and assumed they were exempt for the duration of the contract.  When a conscription notice arrived, they wanted to be able to choose their own terms of service, as volunteers, not forcibly conscripted as draft evaders. so they joined Leyden’s artillery.  But when they arrived in Atlanta to report for duty, there were armed militia present.  Fearing arrest, and the humiliating forced conscription they were trying to avoid, they fled to Tennessee, where they joined a command from North Alabama.

Thomas Hooper included the text of a note from the captain of the unit his sons had joined as evidence they had joined the Confederate army.

So what is the mystery?  The Thomas Hooper who is buried at the Hooper-McWilliams cemetery had sons named Thomas M. and William Harrison Hooper.  The article describes the sons as Thomas W.  and William R.  Yet both sets of Hoopers lived in or near Boltonville, the Hooper sons buried in the cemetery would have been the right age to be drafted, and the community was sparsely populated.

There are three possibilities.  There could have been two different sets of Hoopers, of about the same ages and first names.  The newspapers could have gotten the initials wrong.  Or modern sources like Find-a-Grave (which is where I got the alternative initials) could have inaccurate information. If I find the answer I’ll print a followup article, and if any descendants of the Hoopers read this and know the answer, please get in touch.

Here is the article, broken into three sections.

from the Southern Confederacy, 1862 — Public domain 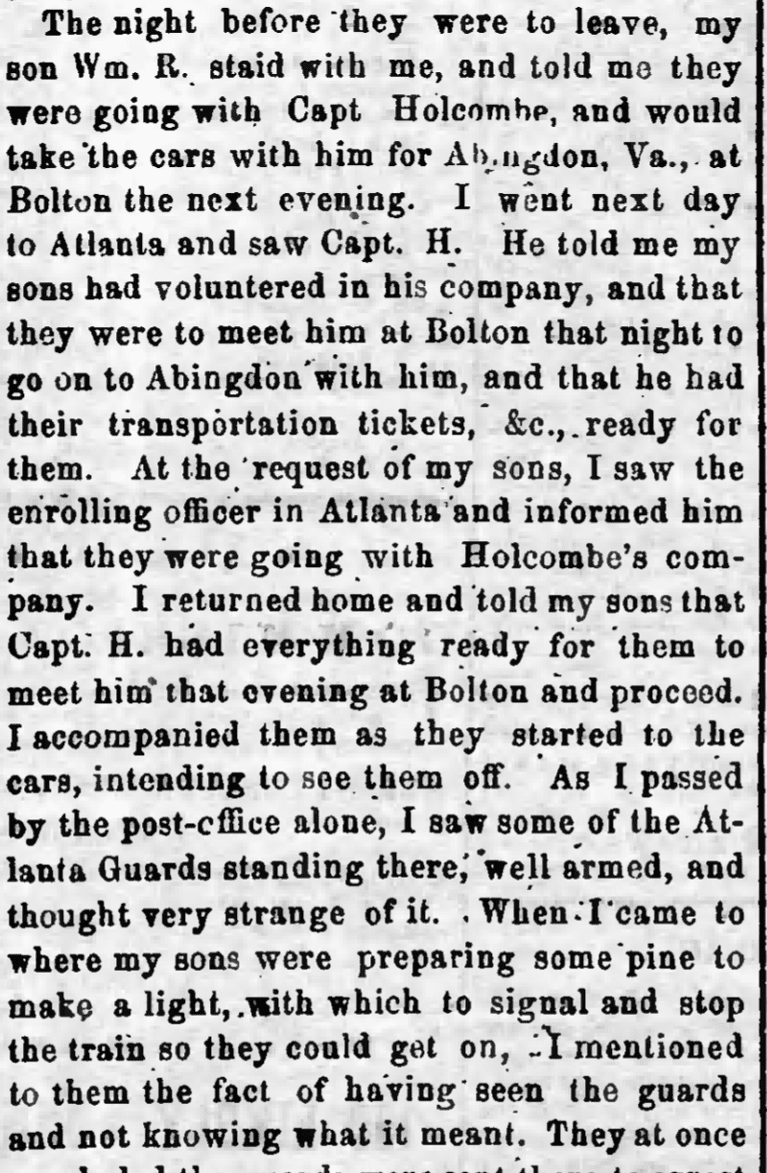 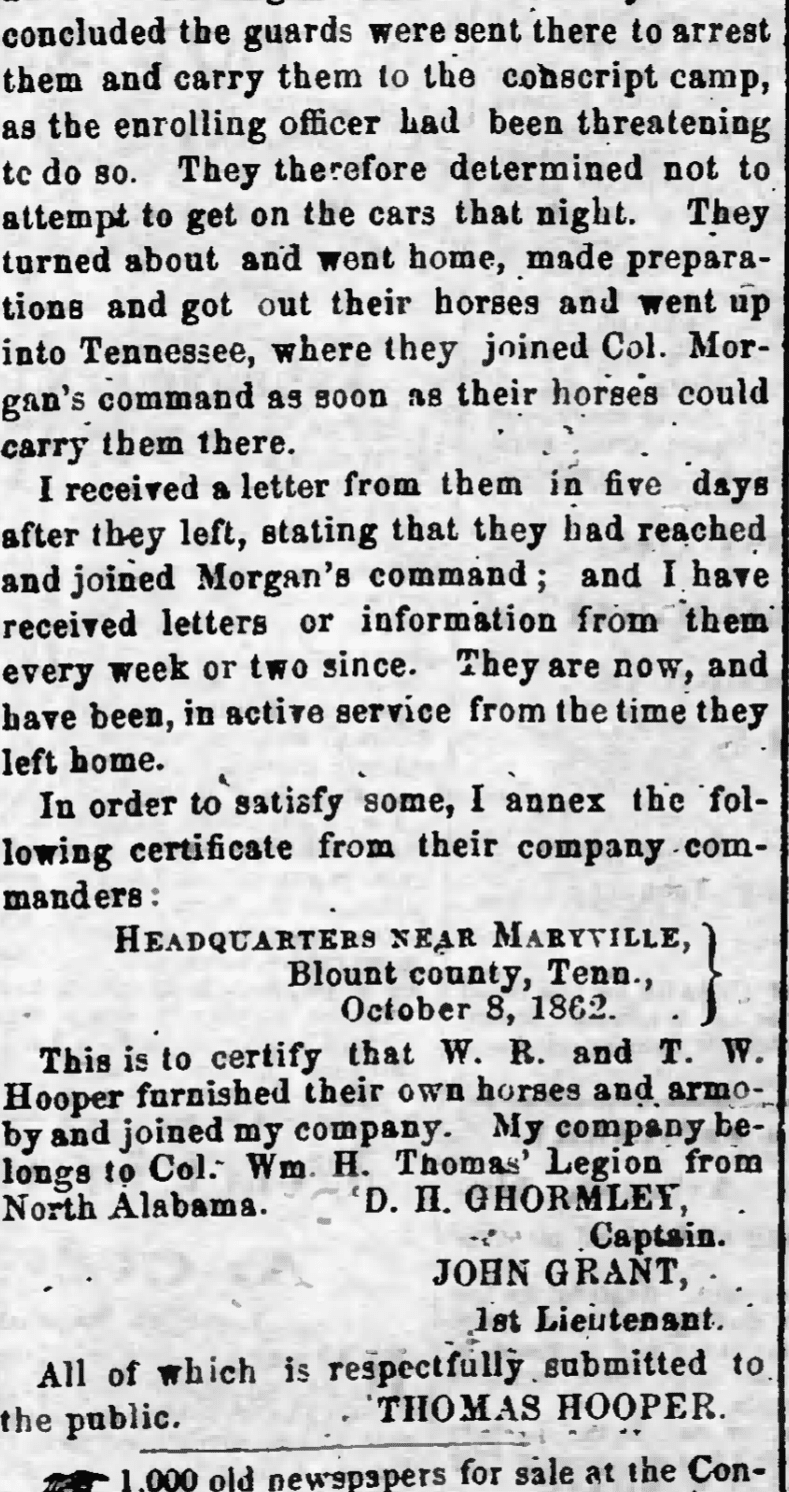 Flooding behind Riverview Landing on the Chattahoochee

Are children in the south Cobb area OK?