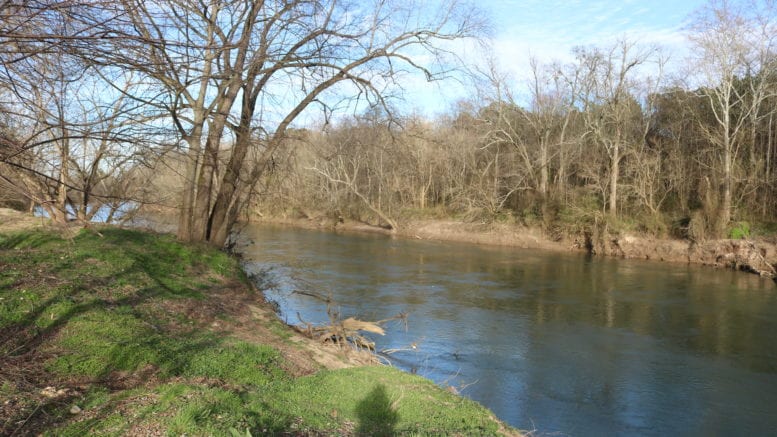 After a public hearing, the Cobb County Board of Commissioners approved a Chattahoochee Corridor Certification of Compliance for the construction of additional storage buildings by Randall Brothers at 3151 Elizabeth Lane.

Elizabeth Lane parallels and intersects Atlanta Road just north of where it crosses the Chattahoochee River and is an area with a number of building supply and construction firms.

The request was made on behalf of Randall Brothers, an architectural millwork supply firm with a long history in the Atlanta area.

The Atlanta Regional Commission staff has completed a review and found the development plans to be consistent with the guidelines of the Chattahoochee Corridor Plan.

“As you recall, the way that this process works is in accordance with the Metropolitan River Protection Act,” she said.

River Line Historic Area (RLHA) had filed a letter of objection when it was taken up by the ARC, citing the nearby ruins of a resort area once owned by Frank Mason Robinson, one of the original partners in the Coca Cola company, and an early advertiser and marketer of the beverage.

Guinn, in her presentation, said that the site plan for the warehouse showed that it was well outside the buffer area of the river, and also outside the flood plain.

Addressing the RLHA concerns, she said that the applicant had agreed to do a historic inventory of the site.

In response to questions about whether Randall Brothers would do the inventory themselves, or whether a third party would do it, Guinn said it would be done by someone qualified to examine historical remains, and that the county also had a historic preservation specialist on their planning staff.

The certificate was approved unanimously.