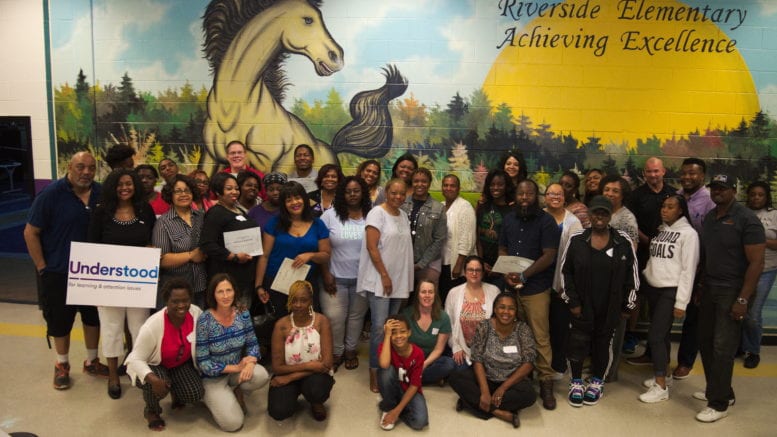 Held at Riverside Intermediate School in Mableton, the event was free to attend and included several breakout sessions moderated by educators and parents. Monica DeLancy is one of the core members of State of Our Schools, the organization that hosted the event. She explained that the main goal of the event was to offer support and resources for parents. Sessions covered topics like how to handle a child’s transition from middle to high school as well as how to be more involved through groups like PTA and school councils.

“It’s important to be engaged, whether the parent is engaged in schools or in the community as a whole,” DeLancy said. “By them understanding that, then they will try to be more of a partner with the schools, and that’s the key word here, building partnerships.

While their message is primarily aimed at parents, DeLancy said there are others who participate in their events.

“Some of our people that are here don’t have children in school,” she said. These attendees are known as “community stakeholders,” residents who still have a vested interest in the public schools in their area.

More than 40 people attended the summit, the most participation the group has seen at this particular event. DeLancy hopes to see even more at the next summit, which occurs every two years. She said that holding the event during the summer helps bridge the gap for many parents.

“A lot of times our parents just focus on fall, winter, spring, the school year,” DeLancy said. “But if we get parents engaged year-round, then they understand that this is a year-round process.”

State of Our Schools is based in south Cobb, but the group tries to reach out to parents across the county. DeLancy said diversity is a major goal within the organization, and they had a Spanish translator on hand during the event in case any parents attended who did not speak English as their first language. 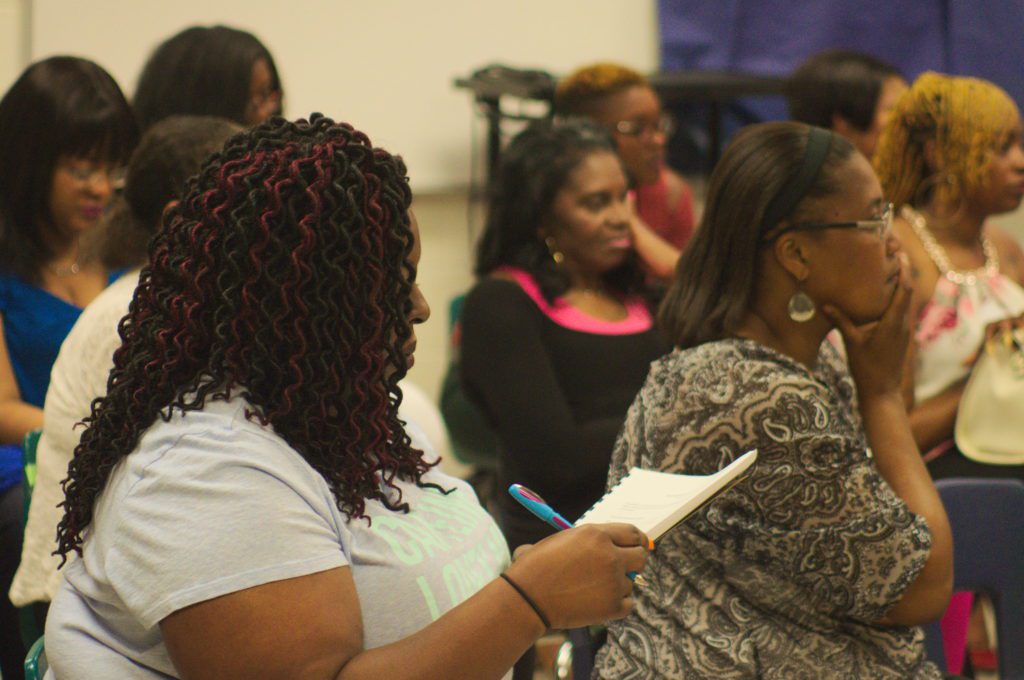 Edith Dean is one of the parents who attended the event. Her son will be starting school at Lindley Sixth Grade Academy in the fall, so she attended the session that discussed how to navigate middle schools, which she found very helpful. Dean has been involved with State of Our Schools since the group began meeting more than three years ago.

Dean believes that empowering parents is the right approach and has the best chance of having a real impact.

“A lot of our schools here in this area are being overlooked,” Dean said. “It’s gotten to a point where we can’t wait for people to speak up for us. The community has to speak up for itself and for their children’s educations, and just knowing the right way to do it is important.”

In addition to the biennial Parent Leadership Summit, the group also hosts town hall forums that bring crowds upwards of 100 people. The group aims to host six events or meetings each year. While their focus is south Cobb and the surrounding area, DeLancy said anyone is always welcome to attend their events. The next meeting will be held in August.