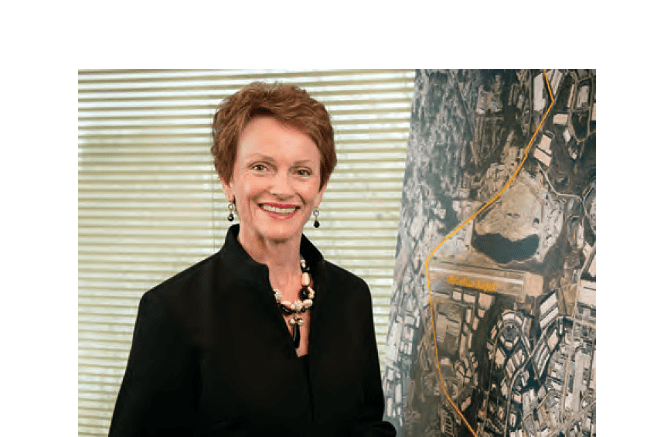 Lanie Shipp Hoover, an instrumental figure in the development of the Town Center area over the last 20 years, died Saturday, Aug. 12, at 72.

In 1997, Hoover worked with Mason Zimmerman, Skip Spann and other visionaries in the county to create the Town Center Community Improvement District. She served as executive director until her retirement in 2014.

“She really epitomized Southern charm,” said Kelly Keappler, chairman of the Town Center CID. “She always had a soft graceful way about her, but she knew how to get things done through just working with people.”

Keappler worked alongside Hoover for nearly 10 years before she retired, and he came to know her well. At one point in the early days of the CID, Keappler said, Hoover used her garage as the office for the CID when funds were low.

“That kind of just shows the kind of dedication she had,” Keappler said.

During her tenure as executive director, the Town Center area grew thanks to projects like the Big Shanty Connector, the Skip Spann Bridge and Noonday Creek Trail.

“All those things blossomed under Lanie’s watch,” Keappler said. “She really had a large impact on that area of Cobb County.”

“I believe, if it hadn’t been for the Parkinson’s, Lanie would not have retired,” Keappler said.

Jennine Duelge is the director of operations for the Town Center CID. Beyond working together for about 10 years, Duelge said they became good friends after Hoover’s retirement.

“Despite the ravages of [Parkinson’s] disease, she still maintained her loving disposition that helped make her so successful as a founding member of the Town Center CID and a beautiful human being,” Duelge said. “She never stopped being Lanie.”

Duelge credits Hoover for realizing the vision of the CID and for seeking out the people that would help make it a reality.

“She was a rare combination of brains, personality and vision that comes around once in a lifetime,” Duelge said.

Instead of flowers, the family asks that memorial contributions be made to Marietta First United Methodist Church, the National Parkinson Foundation or Tranquility Hospice. Hoover is survived by her husband, Ron, her son, Skip, and her daughter, Dori, along with two siblings and seven grandchildren.