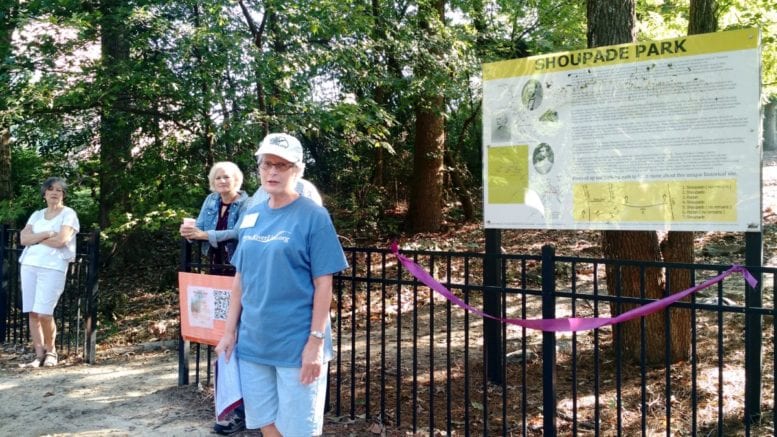 At the same time, preservationists are already gearing up for their next historic preservation campaign, this time at The Point at Providence, a PulteGroup development located near the intersection of Highway 78 and Queen Mill Road in Mableton.

“They have historic Civil War earthworks on that site too,” said River Line Historic Area Executive Director Roberta Cook during her comments at Shoupade Park, which itself is surrounded by a Pulte development.

Cook’s group aims to preserve up to six acres at The Point at Providence, where a trench and two Civil War forts are located. Pulte has other plans, namely building 44 single-family homes on a six-acre site currently zoned for 138 1,000-square-foot condominiums.

“River Line Historic Area and the Georgia Battlefields Association is advocating preservation of that site as well,” Cook said. “This is about two acres that they preserved here [at Shoupade Park]. The site where those Civil War earthworks are located spans about six acres. Pulte is developing 145 acres, three times what they’ve developed here. We think residents deserve to have the six acres preserved as woodlands.”

The rezoning request will go before a Cobb County Board of Commissioners zoning hearing at 9 a.m., Oct. 17 at 100 Cherokee St. in Marietta.

Cobb Commission Chairman Mike Boyce was on hand for the Shoupade Park event, and said he’s heard a lot about the Providence issue.

“It’s very important for the community to be engaged with our staff to let them know the importance of these historic areas,” Boyce said, adding that he’s a history buff himself. “I understand the need for economic development, but I think it’s also important that we maintain those elements of our history that are important to our legacy. Most of the developers here understand that and work well with both the public and the BOC.”

At the same time, Boyce added that he’d listen to staff recommendations before making any decisions. 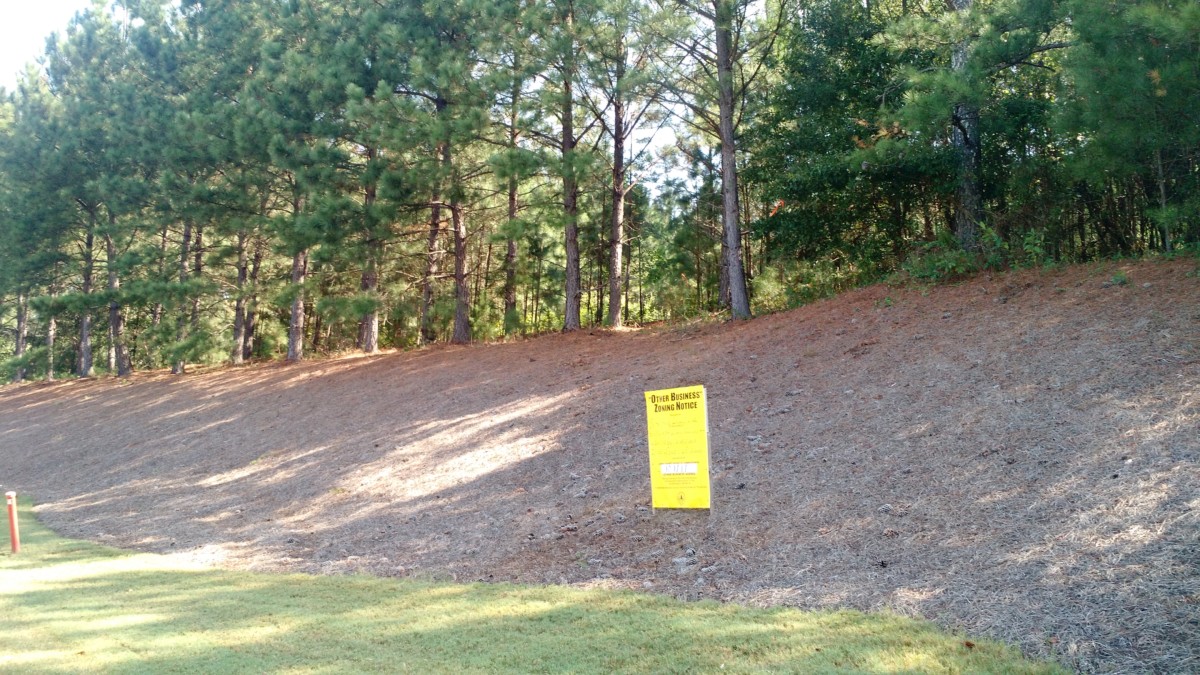 Cook would prefer the entire site remain undeveloped, citing its status as a nature preserve and its potential for inclusion on the National Register of Historic Places. As-is, Pulte plans to preserve a portion of the trench, but not the forts. The development sits just outside I-285 near several other neighborhoods and a Publix-anchored shopping center. Providence is a gated community with both stand-alone houses and townhomes, and boasts over 30 acres of greenspace, according to its website.

Attorney James Balli, who represents Pulte, said in an email that the company has already agreed to historic preservation stipulations.

“The historic preservation already agreed to between the county and Pulte in the previous zoning required a $15,000 donation for historic preservation and to save at least 50 percent of the trench,” he said. “Pulte has already made the donation and will preserve the required amount of the trench. Remembering 138 condominiums can be built tomorrow, any request by the Johnston’s River Line group that the development be abandoned and the entire six acres be ‘preserved’ is completely out of touch with reality and simply not credible.”

“As my own statement as a development attorney regarding the never-ending ‘asks’ for preservation of these Confederate dirt trenches, many of my friends and other Cobb County residents do not want to be forced to live with and drive by a constant daily reminder of a Confederate general, his cause or any forts he and his troops occupied,” said Balli. “For those that do, there are several of these Confederate forts already preserved and open access to the 2,965 acres of Kennesaw Mountain National Battlefield Park. Especially in today’s day and age, I think we need to be cognizant of the recent discord over Confederate monuments which has led to violence and stop demanding government force private property owners to preserve Confederate history in neighborhoods instead of in parks or museums.”

Cook plans to present her opposition to the rezoning at the hearing and could be joined by a few current Providence residents. One, Amanda Ambrus, started an online petition opposing the 44 new homes.

Ambrus noted the Civil War is fascinating not just locally but as far away as her native Australia. She also would rather see the spaces remain undeveloped and enjoys seeing the greenery on her way in and out of the neighborhood.

“Across the street there’s a massive housing development going in with hundreds of homes,” said Ambrus, a communications and marketing manager. “There’s a lot of people coming to the area. I think it’s quite reasonable to have six acres of land dedicated to a nature preserve.”