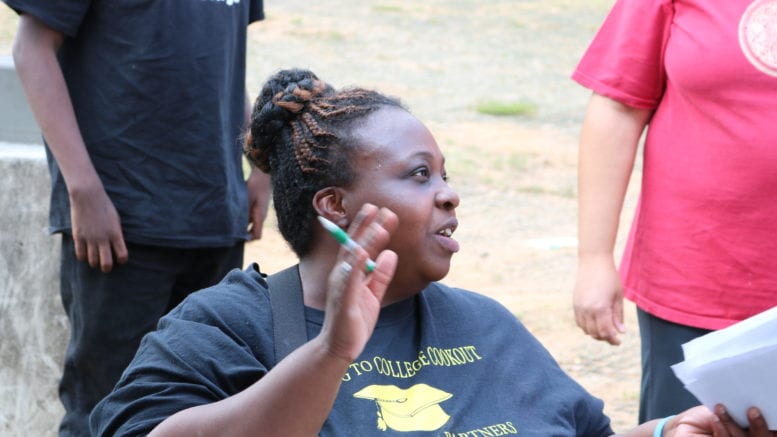 This is a guest editorial from Monica Delancy,  the founder and executive director of We Thrive in Riverside Renters Association.

Color-coded map of metro Atlanta child well-being from the United Way
The United Way of Atlanta just released their 2017 report giving a score for counties entitled “Pathway to Child Well-being.” Overall Cobb County received a score of 68 percent. Some factors that were used to calculate the score were housing stability, children exceeding standardized tests reading scores, unemployment rate, CCRPI score, the percentage of adults without healthcare insurance.  United Way of Atlanta provided a color-coded map of the metro Atlanta. Dark green represents communities where the children are well, and orange and red are the lowest performing communities.

The areas of concern (shaded orange and red) were the south Cobb area and central Marietta near I-75. The high performing areas were North and West Cobb and Smyrna. United Way of Atlanta has launched a ten-year plan to move communities to green.

The south Cobb community is full of potential with dedicated community groups, stakeholders, and elected officials whose number one priority should be to make sure our children are ok.  There is a sense of urgency for all elected officials, government agencies, and nonprofits in Cobb County to present a unified ten-year strategic plan to move the south Cobb community forward.  More funding for early childhood programs should be at the top of the plan. The plan should include pathways to support wage earners to acquire homeownership. The plan should emphasize the importance building strong families. Most importantly, the plan should also incorporate an emphasis on including everyone to become civically engaged in their community regardless of age, race and income status. We must do all we can to make sure all children have an opportunity to thrive and have a community to call home in their adult years.  A county as a whole can only be as strong as their weakest link. 2018, let’s go.