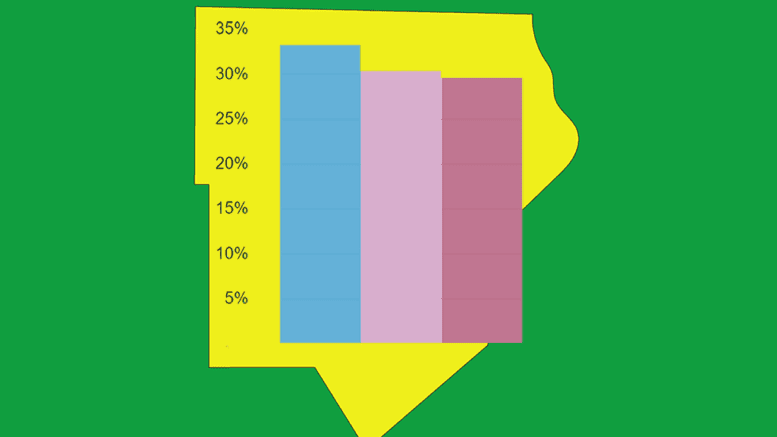 Across metro Atlanta, a common stereotype of Cobb County is that it’s uniformly white, suburban, and conservative. This notion often arises when politics, public transit, or any issue involving metro Atlanta regionalism comes up.

But few people who really know the county doubt that it has become much more diverse in terms of race, national origin, and income.  This is clearly not the Cobb County of 1980.

When you look at figures for the population as a whole, it might not be quite as evident how dramatic those changes are.  But if you examine the young adult segment of the population, those residents between the ages of 18-34, you get a clearer idea of the direction of demographic changes in the county, and what that might mean for the future.

The United States Census Bureau makes it easy to do that examination with a tool called Census Explorer.  One of the features of this tool is called Young Adults Then and Now.  It allows you to set a geographic area, and compare the characteristics of young adults in 1980, 1990, 2000, and the estimates for 2009-2013. It also compares the results with both Georgia and U.S. trends in easy-to-understand charts and tables.

For example, let’s look at the figures for Non-Hispanic Whites.  The chart and table show that among adults in the 18-34 age range the percentage of that group has been steadily dropping, and in fact, whites were already a minority in that age group by 2013. A drop in Non-Hispanic white population occurred at the state level too but was much less dramatic. The statewide drop was from 70.4 percent to 49.3 percent. In Cobb County, the percentage of residents identifying as non-Hispanic white dropped from 93.1 percent to 47.9 percent.

Here’s the same information presented as a table:

Of course, the flip side of a drop in the white population is a rise in the minority population. Here’s how that looks graphed.

Another dramatic trend is the rise in Cobb residents who were foreign-born. This rise was much sharper in Cobb County than in either the state or the U.S. as a whole, jumping from 2.7 percent in 1980 to 21.6 percent by 2013.

Census Explorer is an easy-to-use site for learning about what your county is like now, and how it has changed over time. The next article in this series will continue to look at Cobb residents between 18 and 34 years old.  If you’d like to explore this tool yourself, visit the Young Adults Then and Now site.