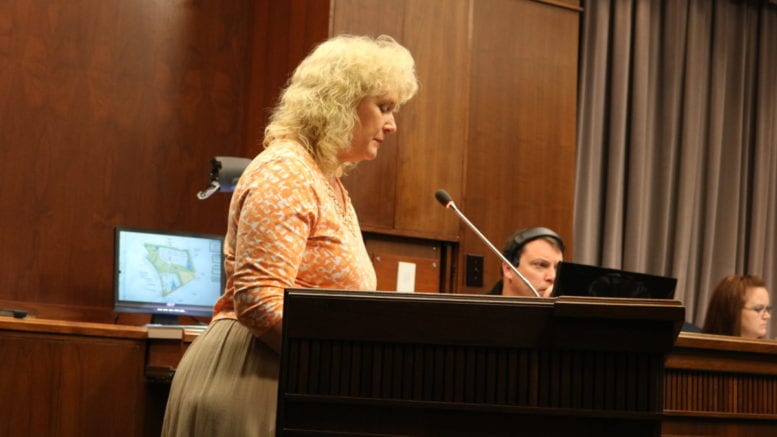 The Cobb County Board of Commissioners approved a request by Edison Chastain Office, LLC, to revise the site plan for a property on the west side of Bells Ferry Road and the east side of Chastain Meadows Parkway. Stormwater management was a concern of the county and the Bells Ferry Community Association since the property is in an environmentally sensitive area near Noonday Creek.  The request was held from last months BOC zoning hearing to give time for the applicant to meet with the community and the county’s Stormwater Management Division.

The application was described in the county’s zoning analysis as follows:

The subject property was rezoned to Office Services (OS) in 2015 for the purpose of
office and warehouse distribution. Building 600 was to be warehouse distribution and
building 700 was to be an office. Both buildings together have 205,000 square feet with
265 parking spaces. The applicant would like to revise the site plan and the stipulations
to accommodate one office building in the area where building 600 was proposed. The
proposed office buildings would have 150,000 square feet with 738 parking spaces.
Access would still be from Chastain Meadows Parkway, with no access to Bells Ferry
Road. The required buffers and fencing would also remain as stipulated in 2015. If
approved, all other stipulations would remain in effect. 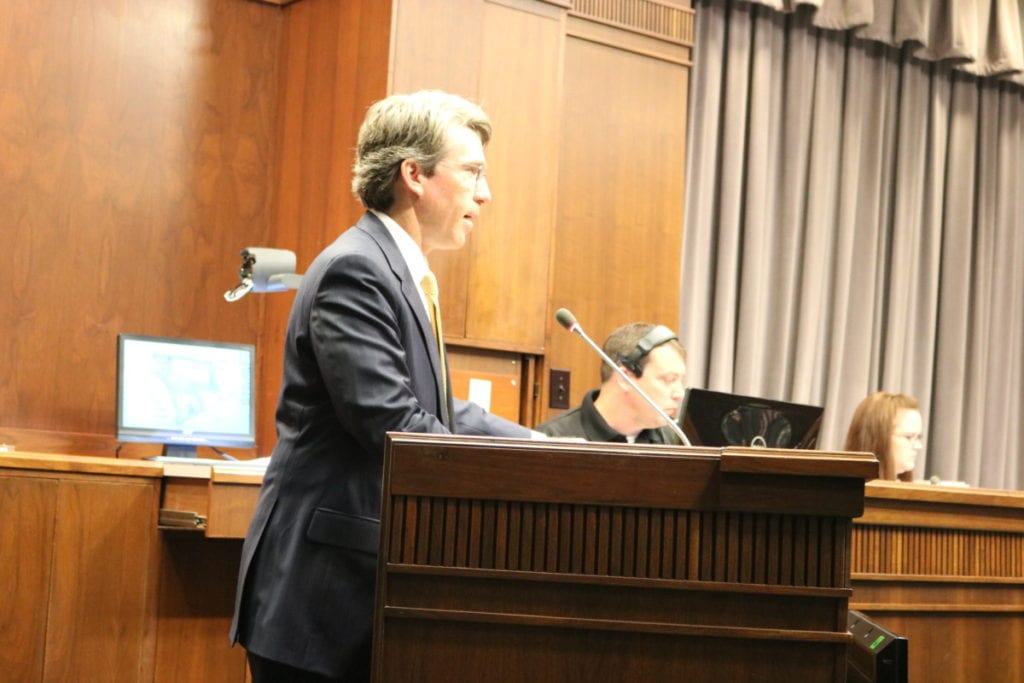 Kevin Moore, representing the applicants, said a lengthy meeting was held with the interested parties, “to go through and review the stormwater issues and concerns, and have those addressed appropriately. As a result of those meetings, there is a revised plan.”

He said the addition of the office building would bring an estimated 700-800 jobs to the area.

The applicant will provide a landscape buffer along Noonday Creek Trail, which runs along an edge of the property. The property owner is also developing a 2 1/2-acre park, approved as part of the original rezoning, which will be privately owned and maintained, but accessible to the public.

Tullan Avard of the Bells Ferry Civic Association said that she would have preferred the use of pervious surface on the site, but that the developer said it was not financially feasible.

“We appreciate the 15 foot buffer between the parking lot and the trail, and the plan to leave the natural trees and shrubs along the stream and trail which attracts wildlife thus drawing more visitors to this area.  When people visit the Noonday Creek Trail their aim is to connect with nature, and not to have to look at the back of warehouses, offices, and parking lots,” she said.

She said she also appreciated the work of Commissioner JoAnn Birrell in setting up meetings between the community and developer.

A continuing concern, she said, is the lack of traffic and updated flood plans, which she hoped would not have a negative impact.

Avard said, “Looking at the best interests of the community and its residents the BFCA supports reasonable development in our corridor. Therefore we view OB-14 as a more positive alternative to its predecessors Z-20, and we are in support of it.” 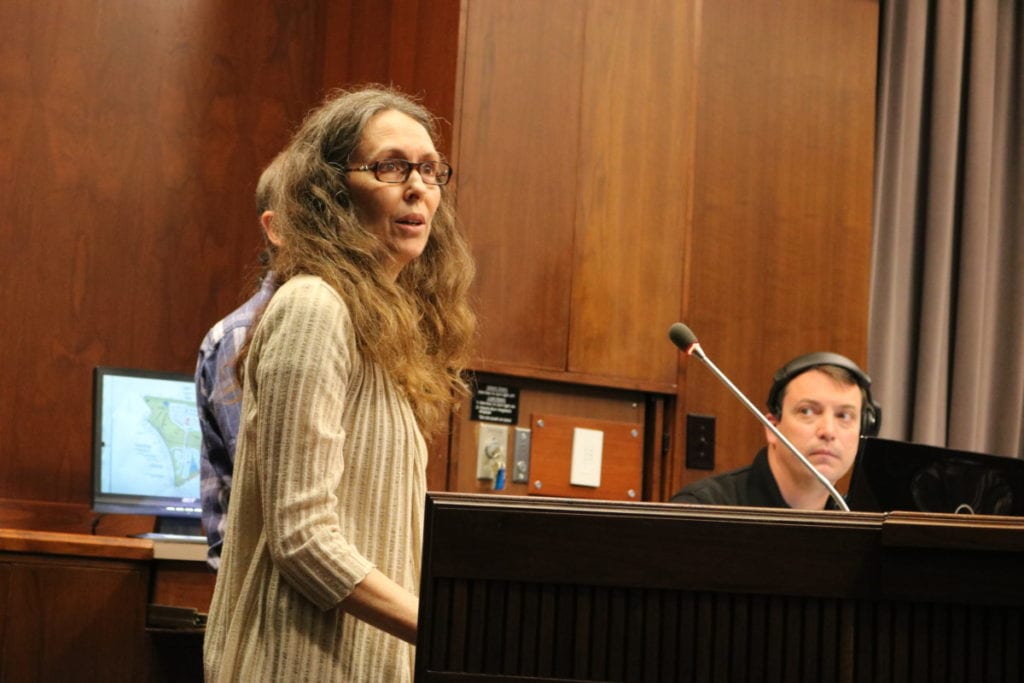 Karen Huck, a long-time resident of the community who opposed the approval raised a number of concerns, including what she said was an out-of-scale map showing the park on the property, the number of paved parking spaces already in the area, the lack of a traffic plan, and the number of properties in the area in need of redevelopment.

She also said, “Oil floats, and so as those parking lots put water down in those water quality ponds … that’s going to reduce our water quality in Noonday Creek.”

She ended with a plea to the commissioners to keep funding the county extension services.

Birrell made a motion to approve OB-14 with the addition of the revised site plan and latest stipulation letter, and the commissioners approved the motion 5-0.