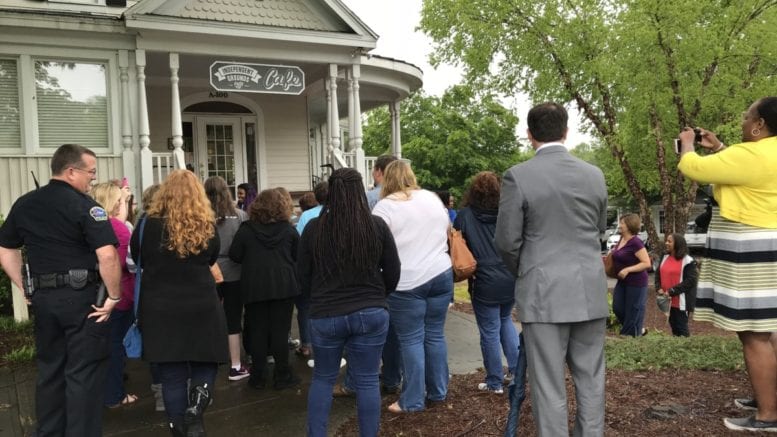 Lorna Heid, the owner of Independent Grounds Cafe in Kennesaw, received a huge surprise last Tuesday. What she thought was a regular news interview turned out to be something even more special than she expected. It was actually a segment with the Surprise Squad.

The Surprise Squad just celebrated the one-year anniversary of its “pay-it-forward” community initiative. The goal is to “honor deserving individuals in our community doing something special, selfless, or community-oriented and tell their story.” They have previously recognized a DeKalb man who donated his kidney to a police officer and a soccer coach who donates her time to her team. The Squad does two surprises a month with help from United Community Bank and The Cochran Firm, and they do accept nominations. 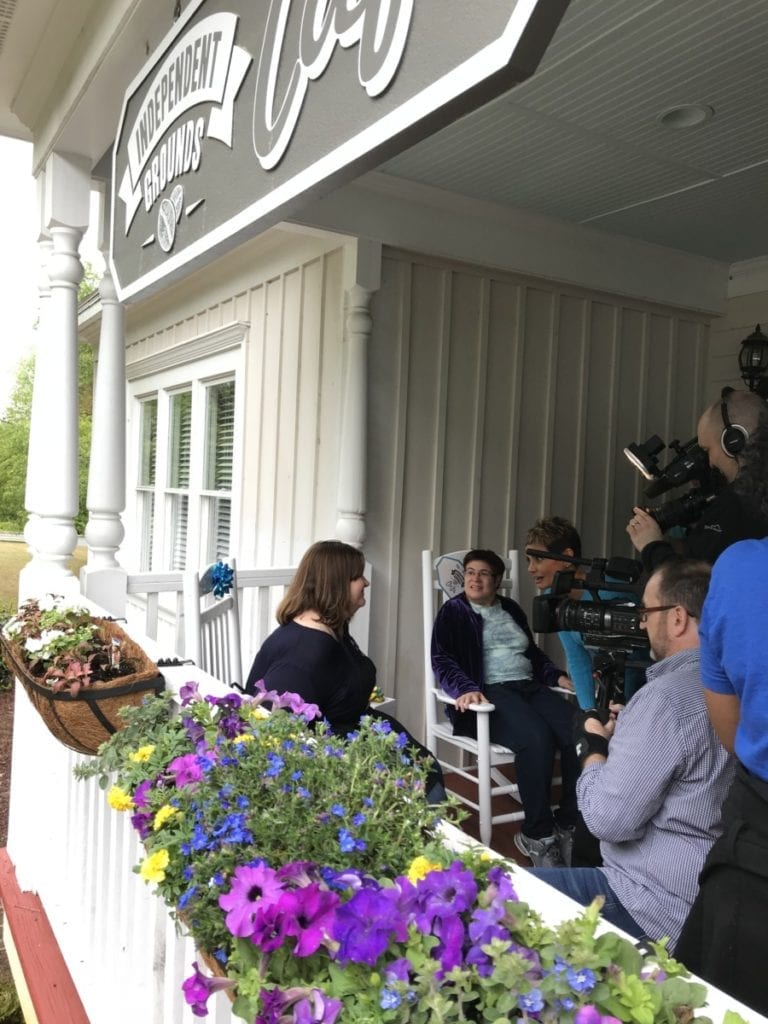 On March 26, the Cobb County Courier ran an article about Heid’s new coffee shop which hires adults with disabilities and provides the support needed to learn real-world skills. That article got the attention of the CBS46 staff and Senior Promotions Producer Mike Von Ruden, who reached out to the Courier to find out who might be a good point person to help plan the surprise. Assistant Manager Anita Acree took on the task, telling CBS the shop is a “mom’s dream for all of her children, but especially somebody who is autistic and has special needs.” 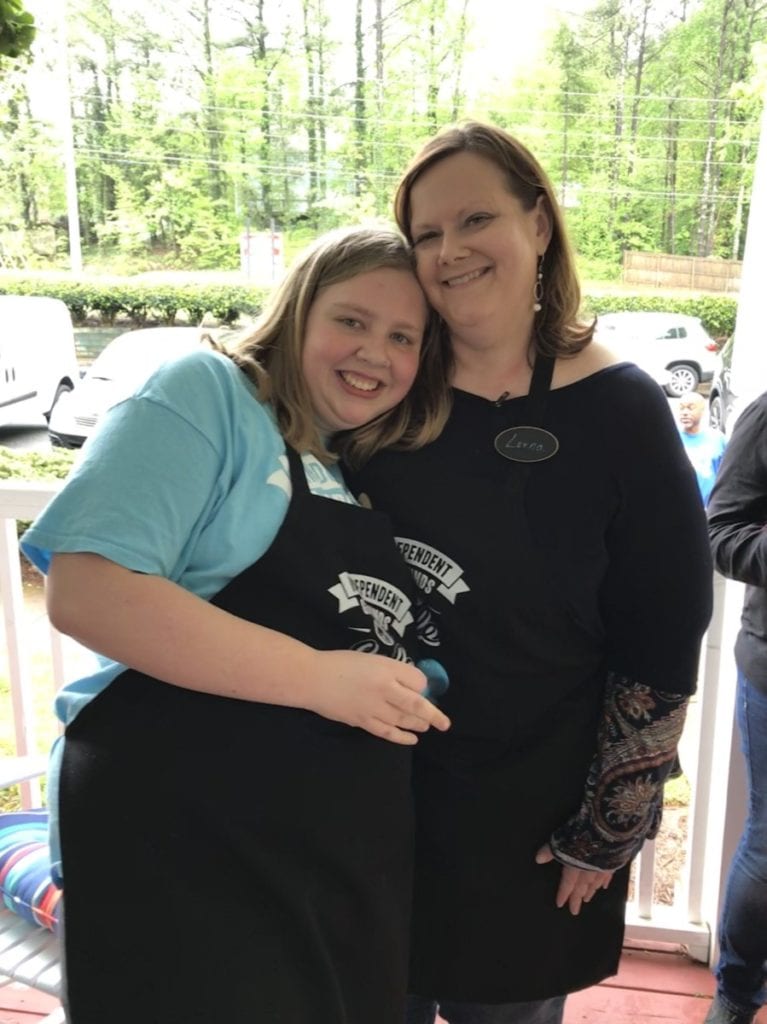 Lorna and her daughter Emma, one of the inspirations for the cafe (photo by Rebecca Gaunt)

Acree assisted the Surprise Squad team by inviting co-workers, friends, family and community members and helping decide what gifts would benefit Heid and the shop most. While Gurvir Dhindsa interviewed Heid, everyone, including Heid’s two daughters, gathered outside, cheering as they exited. Heid was presented with a $750 Vitamix blender for fraps, four planters full of flowers, four rocking chairs with pillows and tables for the patio, and a $300 True Salon gift card since her co-workers say she puts everyone else first. She later posted on the shop’s Facebook page, “I am not one who seeks out the spotlight for myself, but this was so special as I shared it with my daughters, my friends and my employees.” 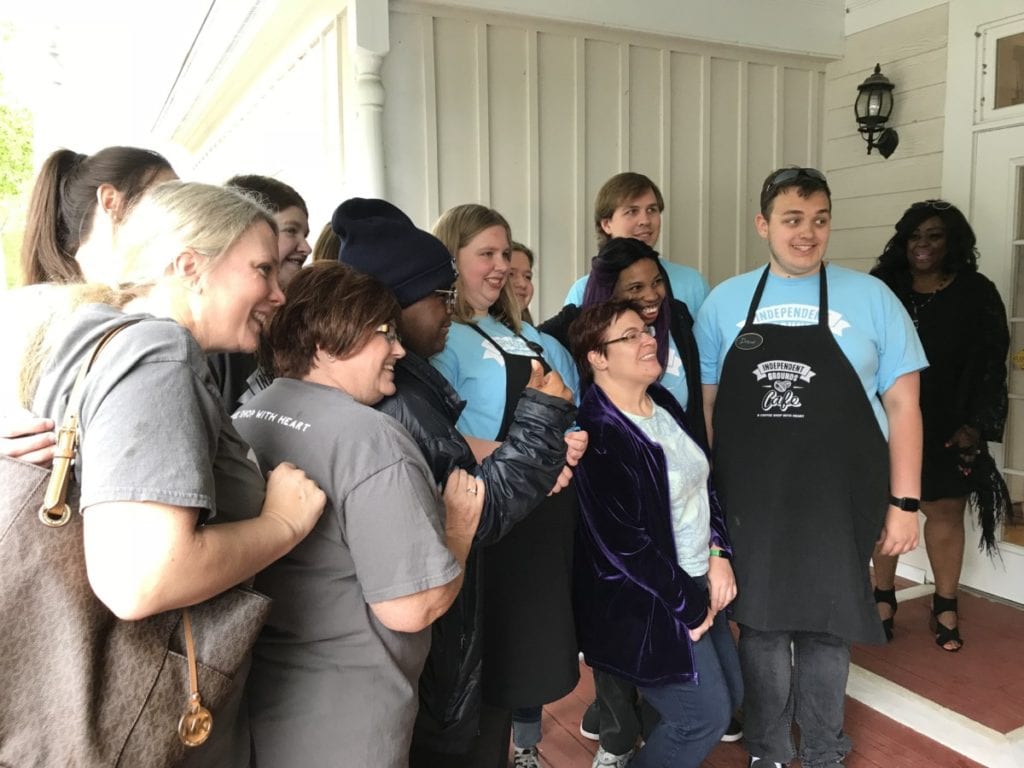 Two regulars and members of the Kennesaw police force also attended the surprise.

Sharrod Vaughn has worked at Independent Grounds for about a month. Even though his shift was a few hours away, he was excited to attend the event.

“It’s a safe atmosphere and everyone is real cool,” he said. “I just love the environment and what I do here, which is interact with the customers.”

To view the segment which aired Sunday night, go to http://www.cbs46.com/category/324068/surprise-squad 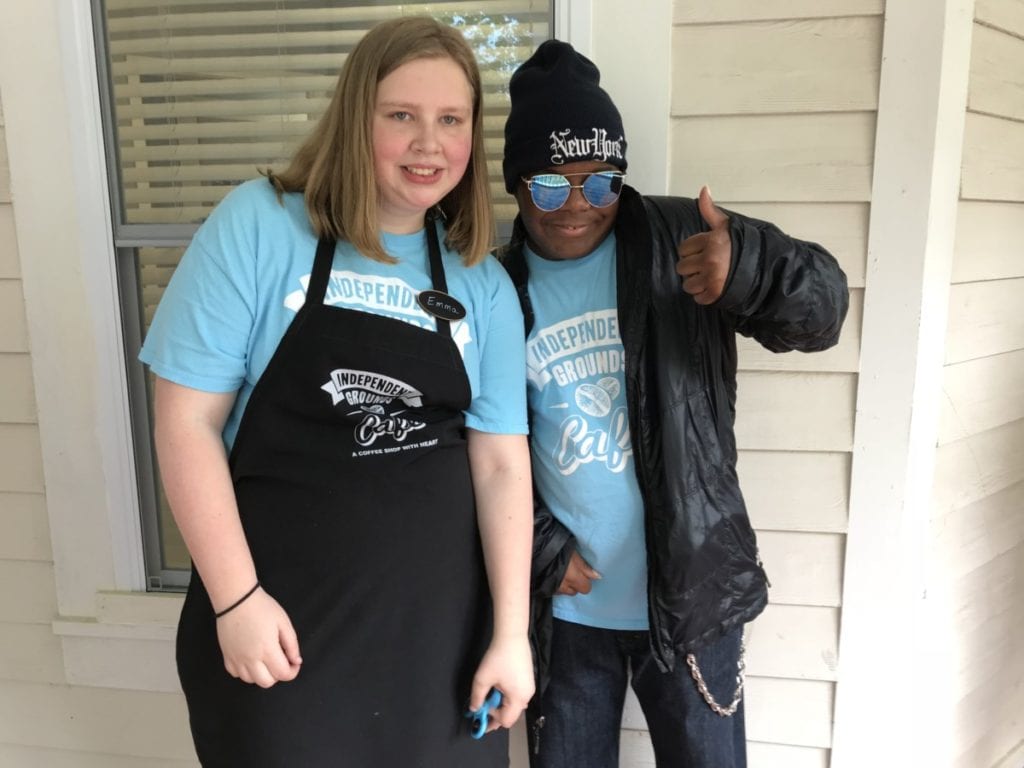