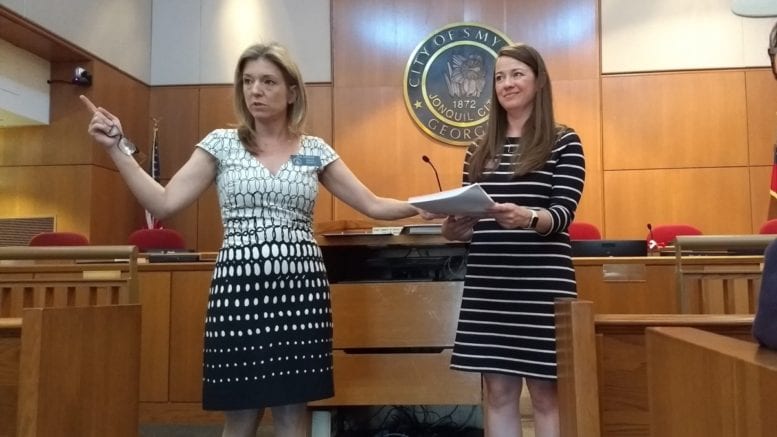 A pair of Smyrna-area state legislators stressed two points during a Sunday afternoon town hall: transit bill HB 930 was the most important piece of legislation passed in the General Assembly this year, and there is still a very long way to go before significant transit expansion comes to Cobb County.

“The county has changed, and riders of transit have changed,” said Teri Anulewicz (D – Smyrna) who represents a large swath of the city in the Georgia House of Representatives.

Anulewicz and State Senator Jen Jordan (D – Atlanta), whose district includes southeast Cobb and northwest Atlanta, met with constituents inside Smyrna City Hall to discuss the recently completed legislative session. While topics such as healthcare and education also came up, transit was the largest issue at hand.

The transit bill aims to provide for seamless operation of metro Atlanta’s various transit agencies under a single brand: The Atlanta Transit Link Authority, or The ATL. More controversially, it will allow counties to pass up to a one percent sales tax for up to 30 years to fund transit expansion.

Such an idea is especially controversial in Cobb, famously anti-transit until the very recent past. It’s so controversial locally, in fact, that the state came up a compromise (which Anulewicz referred to as the Cobb-promise): the county may be carved into transit districts, so areas wanting more transit could get it without submitting the whole county to a new tax. The districts may also come into play if it’s determined a county-wide vote, which could be held in 2019 or 2020, is likely to fail.

Anulewicz and Jordan, both freshmen legislators this year, are transit fans who made their case for expansion Sunday.

“If I sit in traffic for any period of time, I’m not in a good mood,” said Jordan.

She acknowledged that transit remains a polarizing issue, with those on both sides holding strong opinions. It’s also complicated to say the least. HB 930 spans 77 pages, and stakeholders will now hold a series of meetings to decide how to move forward in Cobb, if at all.

The first of those meetings is set for 10 a.m. Wednesday, June 13 at the Cobb Civic Center. Local politicians including the Cobb Board of Commissioners will first decide whether to schedule a transit tax vote at all. If so, they’ll need to decide when and whether or not to include the whole county, then propose a project list to be voted on by the public.

“Transit is absolutely the most important thing that happened this legislative session,” said Anulewicz, who added that 60 percent of Cobb residents cross at least one county line to get to work.

Without transit, she and Jordan said there’s a danger Cobb will lose out on business opportunities. Transit is popular with educated Millennials, and as a result businesses are looking to locate along transit routes. Mercedes-Benz recently opened its north American headquarters near a MARTA station, and NCR Corp. recently relocated from Gwinnett County to midtown Atlanta for similar reasons.

But the legislators had no trouble listing what they’ve heard from the opposition. Some say they can just take Uber, some fear transit would change their neighborhood, some say they wouldn’t ride it and others don’t want to pay for it.

Despite strong opposition, Jordan and Anulewicz believe transit can happen in Cobb. Eventually.

Below are the informational graphics presented at the meeting (courtesy of GA Sen. Jen Jordan): 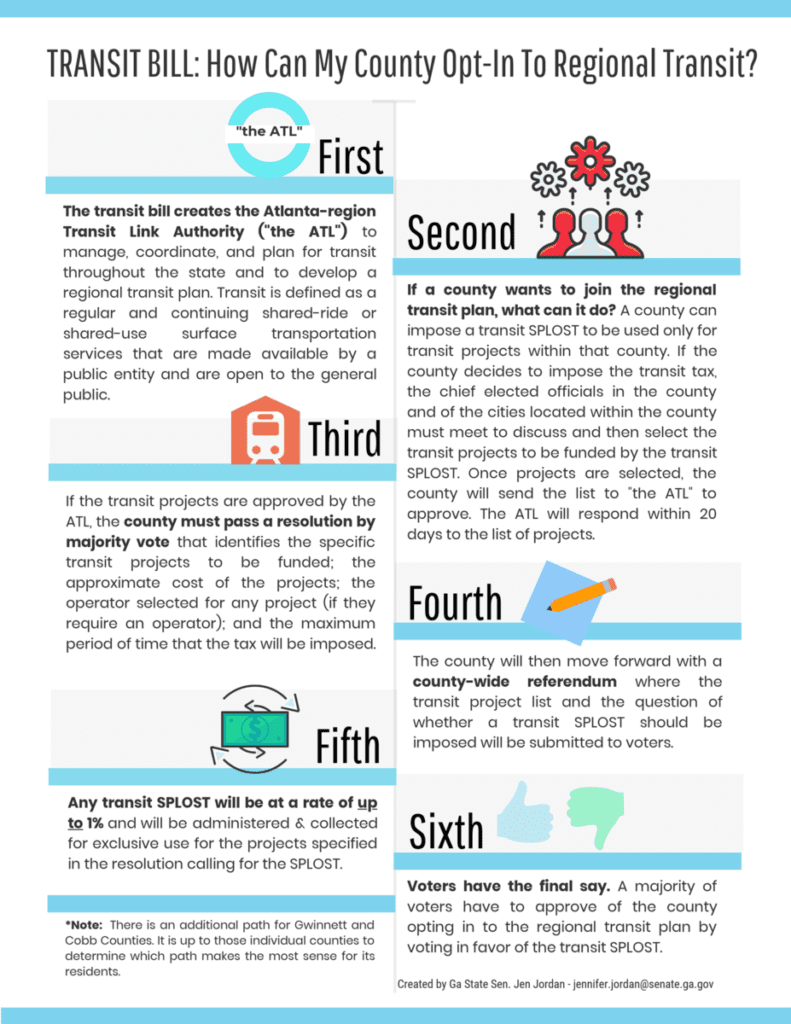 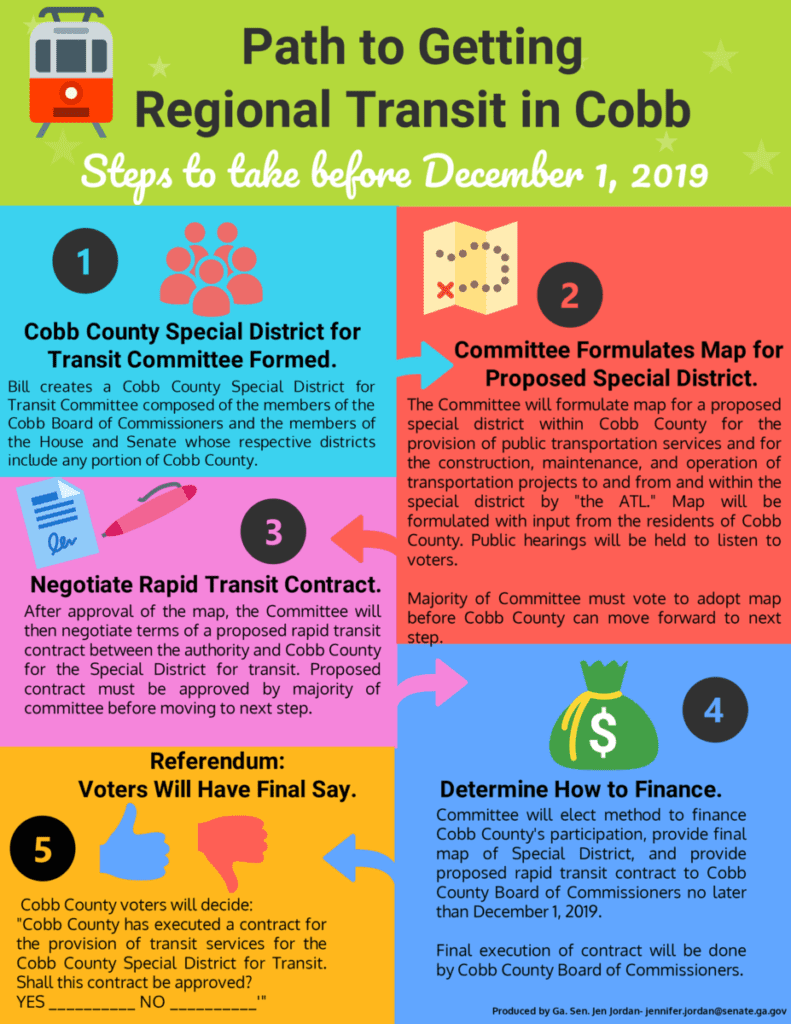 The ATL: How transit could finally take off in Cobb County