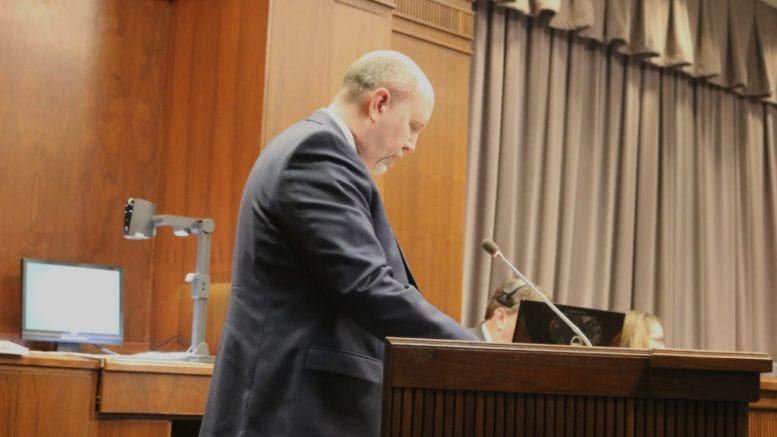 During the first public hearing on proposed amendments to Cobb’s 2019 Code, changes were proposed to the way members of the Cobb County Board of Ethics are chosen.

The seven members of the board in the current code are chosen, one representative each, by the Bar Association, homeowners associations from commission districts two and three, homeowners associations from commission districts one and four, the county Board of Elections and Registration, the Board of Commissioners, county employees, and the county Civil Service Board.

The proposed ethics code would assign the appointments to the Board of Commissioners, the county Sheriff, the county Solicitor General, the Chief Judge of the Magistrate Court, the Chief Judge of the Probate Court, the Tax Commissioner, and the Clerk of the State Court. The ethics board members would serve until the end of the term of the official who appointed them.

Assistant County Attorney William Rowling, called to the podium to explain the changes, said “As far as the ethics code change, it is the result of a Georgia Supreme Court case, Delay vs. Sutton which was handed down in August of 2018. In that case the Georgia Supreme Court said in a Dekalb County case related to their board of ethics, whereby their code of ethics code allowed for appointment of members to the board to be done by other than elected officials. (The Supreme Court found) the delegation of power to private organizations to be unconstitutional.”

He said as a result of the decision Cobb County’s attorneys began looking at whether the Cobb code ran counter to the court’s decision, and identified seven elected positions within the county to make the appointments.  He said Cobb County Superior Court was not given an appointment because if an ethics case landed in court it would be heard in Superior Court, which could pose a conflict of interest.

The Cobb County Ethics Board

The website describes the purpose of the ethics board as follows: