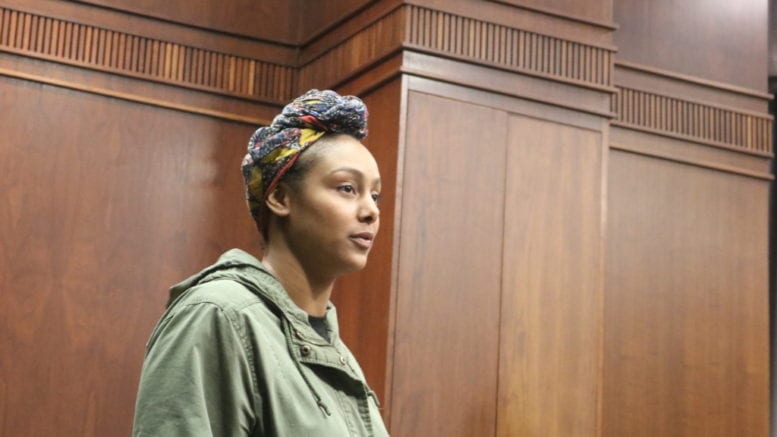 Cobb County District 4 Commissioner Lisa Cupid said at Tuesday’s Board of Commissioner’s meeting that she had contacted the Cobb County District Attorney’s office to ask about condemnation procedures for apartment complexes. The call was in response to resident complaints about three complexes on Riverside Parkway in South Cobb owned by the same Ontario-based investment firm, The complexes are Parkview, Hunters Grove, and Kingsley Village.

Last November the We Thrive in Riverside Renters Association held a town hall meeting about conditions in the apartments, and last week the SCLC offered legal support to residents.

“Now here’s the concern that I have. I know no one, no family, should ever live in those conditions. Not one. It’s horrible. But I know that we have a dearth of affordable housing here. And people need a place to stay. So what condemnation can do is it can get rid of those places. Because no one should live there. But where do people go after that?”

She appealed to residents to send her their name, contact information, and a description of the conditions in their apartment. Staff can not move forward without that information, she said.

She said, “I just contacted the DA to understand the process for condemnation, not to tell them to move forward. But I’m at a crossroads with the community, that the more complaints I get, the more that I know the situation is bad.”

Several residents of apartment complexes on Riverside Parkway voiced their complaints about conditions at the apartments during the public comment section of the meeting.

After describing her difficulty finding affordable housing in Cobb County, DuJuana Webster told the commissioners, “If the basic rent is $1,000 that’s ridiculous in a rat-infested apartment.”

Nandi Jackson said, “When I moved in on August 31 of last year, I had just had a court case with Sterling Riverside down the street, on Riverside Parkway as well, and I won that one, but I requested out of my lease, because I just couldn’t take it anymore and my rent was over $1,000.
When I won that case they said okay, you can get out of your lease, but you got 30 days to move.”

She moved into Kingsley Village. “I did not have a working shower for over 40 days.” She said she stopped paying rent in January and the company filed an eviction notice. “I live in the worst place. I have no heat, no air … I have raw sewage coming from my sink every time the people flushed behind me.”

District 3 Commissioner Bob Ott said that he was working with county staff on an apartment inspection program similar to one the City of Roswell has.

The apartments have been owned, since 2015, by an investment group based in Ontario, Canada.

The apartment owners have 87 code enforcement violations pending, and after two postponements, a hearing is scheduled for Cobb County Magistrate Court on March 7.

In a phone conversation with the Courier last week, Peter Mazzuchin, one of the owners, ascribed conditions at the apartments to past property managers. “When these citations took place … on these properties, all of those managers have been replaced. None of them are working on the property. The three managers who are there now are doing a great job in turning things around. And it’s not fair for them to be penalized mercilessly when they were not the problem. They are part of the solution as we are as well.”