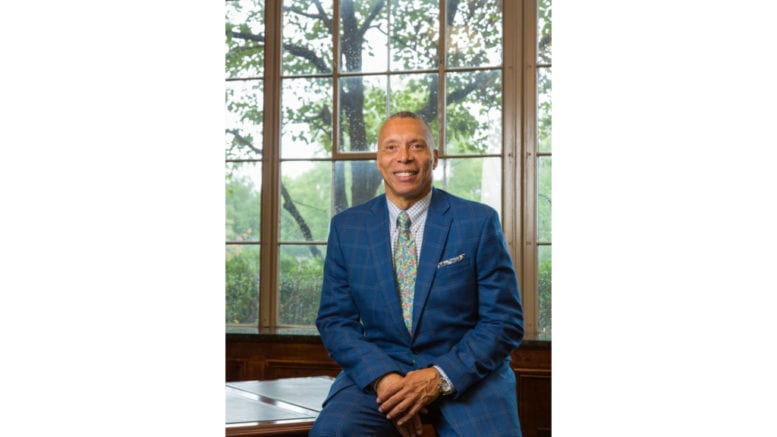 Mayor Ollie Clemons is not your typical incumbent. He was sworn into office on July 1st, 2019 after serving as the mayor pro tem for five years.

Originally from Chicago, Clemons moved to Georgia to attend Georgia State University. After falling in love with the state, he and his family moved around until settling in Austell 15 years ago. Prior to his role in government, Clemons was a senior sales executive with the U.S. Postal Service.

Clemons was elected to City Council 6 years ago. After serving two terms on the council, he was appointed mayor pro tem which was a “far more active role than in the past,” said Clemons.

He said in the past, the role had not included much additional responsibility given since the mayor hadn’t missed a meeting in decades, but, due to the former mayor’s declining health over the past three years, Clemons said he has been performing the majority of the roles and responsibilities.

When asked about his policy accomplishments in his tenure in local government, Clemons said, “Since I’ve been on the council I was instrumental in the revitalization in the downtown with new retail and business owners… I, along with other council and staff members, have pursued people who would be interested in coming into our downtown.”

For example, he spoke of the South Cobb Diner, an expansion project of the preexisting West Cobb Diner. Clemons said the council worked with the owners on the build-out and this project “ignited the revitalization of our downtown [because] once the South Cobb Diner came, other retailers came along.”

Another development project Clemons spoke of was the outside renovation of the Threadmill complex, the home of the city government offices.

Clemons said, “I was responsible for leading the projects to get the fountains up and running as well as new landscaping.”

He said the city government is very proud of that project.

Clemons was tasked with forming a committee to redo the government website, which was old and needed upgrading, he said, utilizing a staff comprised of “staff, millennials, someone from the business community and someone from the residential community” to revamp the site.

“I am proud to say it went live a little over a month ago and it actually looks great… it is phenomenal, and we are still working at it, refining it, making edits and adjustments,” said Clemons, who also emphasized that “from what we had to what we have now is night and day.” He said the increased hits to the website have achieved his goal of “interest[ing] people in Austell because we have a great little city here.”

Clemons also spoke of his past partnerships with local schools. A year ago, he partnered with Cobb County and Hendricks Elementary School to address their need for a sidewalk between the neighborhood and the school. According to Clemons, construction began when school let out for the summer and was completed in time for the students’ return, which increased safety “tremendously.”

He also partnered with the schools’ principals, counselors and educators as well as the faith-based community, business owners and the county to open the Austell Youth Innovation Center.

“It’s purpose is to increase the graduation rates for the young people here in Austell,” said Clemons. The center includes STEM/STEAM programs for 5th to 8th graders to help increase high school graduation rates as well as programs during summer break.

“There have been over 300 responses from parents wanting their children to be a part of it,” said Clemons.

If elected, Clemons said he plans to, “continue the work I’ve been doing with the respect of trying to, as we seek new investment and new business and new residential growth, continue smart growth rather than just growth for the sake of growth.” He spoke of his plans to increase the walkability of the town, an example being his plans to partner with Cobb County and Powder Springs on a project to create a multi-use sidewalk trail from downtown Austell to an extensive Powder Springs’ trail.

While he has been involved in local government for over six years, Clemons identified this election as “far more significant” than those in the past as it involves more responsibility. However, he said, “ I believe I am fully prepared.”

Clemons characterizes his experience as incumbent mayor an asset rather than a burden. He said his time on not only city council but also working closely with the mayor and eventually becoming the mayor himself has uniquely qualified him and will ensure a smooth transition if elected.

Clemons said he wants to “continue to make Austell a destination where people want to come and live and work and play” and is “encouraged by what is already happening.”

We Thrive in Riverside hosts National Night Out