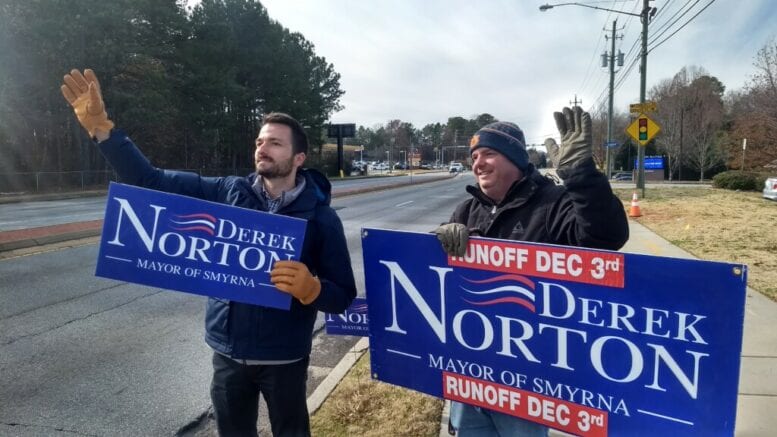 It appears Smyrna has chosen its first new mayor since 1985.

Ward 1 city councilman Derek Norton has narrowly defeated Ryan Campbell in the mayoral runoff, according to unofficial results from the Cobb Board of Elections.

Norton received 3,764 votes, good for 51.04%, to Campbell’s 3,605 votes, or 48.89%, to end a race which spanned several months. Norton also received by far the most votes on election day in November, but was drawn into a runoff because no-one got more than half the vote.

During the campaign Norton, a lobbyist for the Medical Association of Georgia, raised over $110,000 as of Nov. 1, well more than the $42,301 raised by Campbell. After some confusion, Norton also picked up the endorsement of third-place finisher Steve Rasin. Still, the race ended up being very close, with just 159 votes separating the two men.

The new mayor will take office New Year’s Day for a term lasting through the end of 2023.