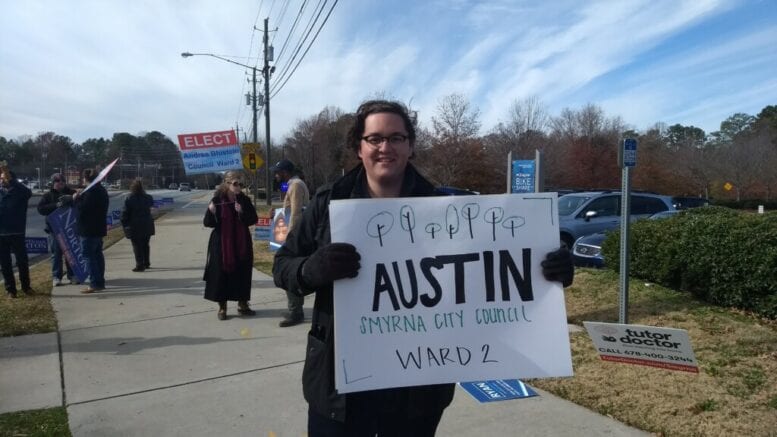 Wagner initially appeared to win the seat on Nov. 5 by a margin of two votes, but a pair of provisional ballots went to Blustein and evened up the candidates at 341 votes each. They then got another month to make their case to constituents.

This time around voters left no doubt. If unofficial results hold, Wagner collected 391 votes, good for 57.33%, to Blustein’s 284 votes (41.64%). Interestingly, it appears the exact same total number of votes were cast as in the November election (682), only in different amounts to each candidate.

Overwhelming Support for the Smyrna Downtown Redesign? Show me.