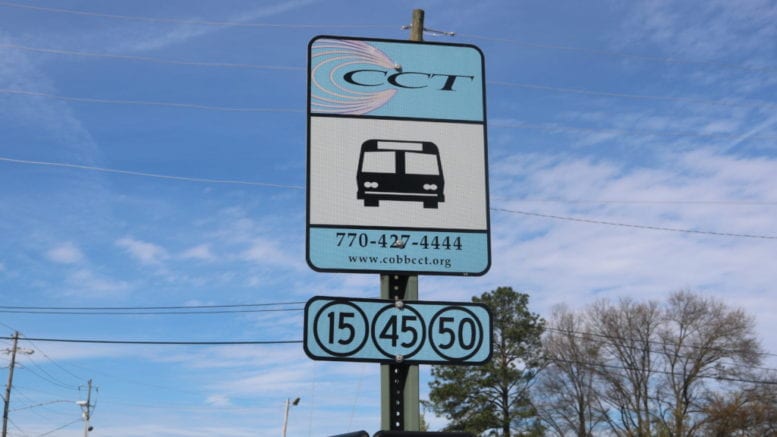 Andrea Foard, Transit Division Manager for the Cobb County Department of Transportation, said ridership on the agency’s local route ridership plunged to about 33 percent of normal levels beginning in mid-March, but has since recovered to 60-65 percent. Ridership on express commuter routes  leaving from four Cobb park-and-ride lots to multiple MARTA stations and downtown employment centers in Atlanta have fared even worse, dropping to around three to five percent of pre-Covid levels. Those numbers, by contrast, have not rebounded, she said.

Agency officials say average weekday ridership was around 7,400 in February and as of July 10 hovered at around 4,650.

“We are continuing to evaluate guidance from public health officials,” said Foard. “We are trying to sustain service as long as we can and as best as we can.”

That said, she added that no shutdown of services or drastic cutback in service is in the offing, but that ridership and operational details are continually being evaluated.

On the plus side she said the agency had received a just-over 18-million-dollar allocation in April to prop them up financially as part of the CARES act. Foard said those monies have been slated to defray operational costs and for such items as PPE equipment and additional cleaning on buses.

“We’re not in danger in the short term of spending all the dollars but clearly the longer we stay in this environment the faster we would go through that money potentially,” she said.

The annual CobbLinc budget is a little more than 20 million dollars. In addition to farebox revenues, the transit service gets an allocation from Cobb County government.

Complicating matters is that fare collection was suspended in April due to social distancing concerns and as a nod to the economic situations of many of their riders, some of whom are more front-line workers unable to work from home. No date’s been set for resumption of that revenue stream, although she says that could be in the offing in coming weeks.

Foard says officials remain hopeful that another stimulus package being considered at the federal level would include a fresh infusion of dollars for transit operations.

Meanwhile the agency has been taking such measures as spreading riders out on buses in the interest of social distancing, adjusting service levels and upping the frequency of sanitizing buses. Foard said that face masks are encouraged and that anyone not feeling well should not ride.

“All of this changes every day,” Ford said of the agency’s work to to balance such factors as the continued increase in coronavirus cases with the agency’s financial picture.