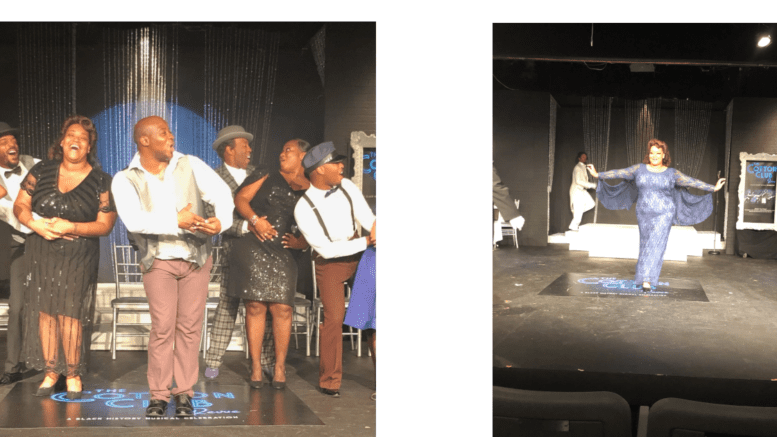 Stepp Stewart’s The Cotton Club Review is running at the Marietta New Theatre in the Square through October 3.

For more information, read the news release reprinted below:

Stepp Stewart’s The Cotton Club Revue will run from August 20- October 3 at the Marietta New Theatre In The Square.

Stepp is known for his outstanding performances of song and dance such as Motown Motor City Revue which just closed at the Marietta theater after a three month run and was the first show appearing at the theater in 2021, Cindy The Musical, A Soulful Christmas and Show N Tell.

The Cotton Club Revue is  a foot stomping, swinging Jive, good time as you sing along to the sounds of the Cotton Club, New York’s historically famous Night Club.

This musical revue takes you back to Harlem in the 1930s & ’40s with hit songs like TAKE THE A TRAIN, A TISKET A TASKET, MINNiE THE MOOCHER, HI DEE HO, STORMY WEATHER and more.

You will envision the Cotton Club stars such as Lena Horne, Cab Calloway, The Nicholas Brothers, and those famous Cotton Club dancers.

The show takes you back to a time when music and fashion were key. If you wanted to be noticed in Harlem, you would get a table at the famed Cotton Club.

The classy musical revue is a nonstop ride of truth, fun, comedy and musical heaven.