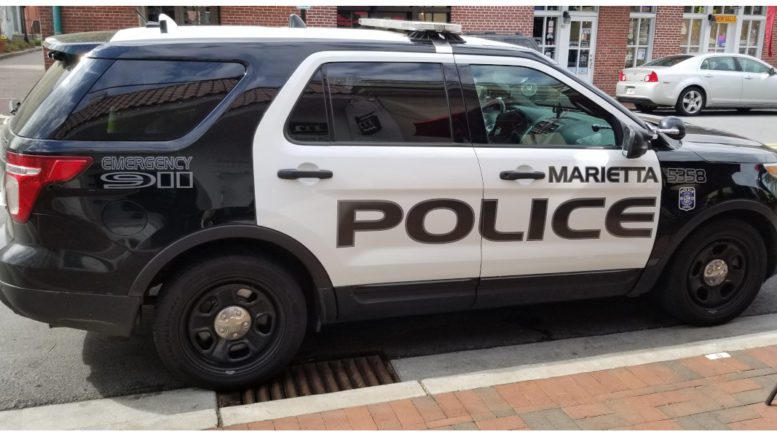 A 29-year-old Smyrna man was arrested in connection with a series of incidents in which he allegedly fired a pistol into a house in Marietta on three separate occasions.

Earlier this morning twenty-nine-year-old [name redacted by the Cobb County Courier] of Smyrna was taken into custody without incident.

Marietta Police Department (MPD) officers and detectives have been actively investigating evidence and leads from the public for over a week since the first shooting incident occurred at 260 Manning Road.  The clues led investigators to [name redacted by the Cobb County Courier], and a search warrant for his vehicle and residence was secured.  Given his residence is outside our jurisdiction, investigators coordinated with the Smyrna Police Department (SPD) Special Weapons and Tactics (SWAT) team.  We are pleased to report that while serving the search warrants, the weapon believed to have been used in multiple incidents was located.

[name redacted by the Cobb County Courier] was brought to the MPD headquarters to be interviewed before being booked into the Cobb County Adult Detention Center.  He is facing numerous aggravated assault and weapons charges related to three different incidents.

According to Officer Chuck McPhilamy of the Marietta Police Department, the department is seeking the public’s help in identifying a suspect who shot into the same house on three different occasions.

Over the past two days, an unknown male, see attached photos, has driven to a private residence in Marietta in the Manning Road area and on three separate occasions fired a handgun at the front door.  MPD shift officers as well as detectives have been actively investigating the case and need the public’s help identifying the suspect.  It is important to note that the suspect has not been seen in connection with any other criminal activity and his actions only seem targeted at one specific home.  There is no known motive at this time.

Given the nature of how these events have occurred, we are asking the public to avoid any contact with the suspect and immediately call 911 or Crime Stoppers Greater Atlanta with any information that could lead to his identification and arrest.  While no one was injured, he should be considered armed and dangerous.  Crime Stoppers Greater Atlanta can be reached at 404-577-TIPS (8477).

About the City of Marietta

The City of Marietta is the county seat of Cobb County. The latest estimate from the U.S. Census Bureau puts the population of the city at 60,867 which makes it the largest city in Cobb County by population.

However, the city is in a neck-and-neck race with fast-growing Smyrna, whose population was 56,666 at the last estimate.

Here are a few fast facts from the Census Bureau

Percent of households with a broadband Internet subscription 84.9 %