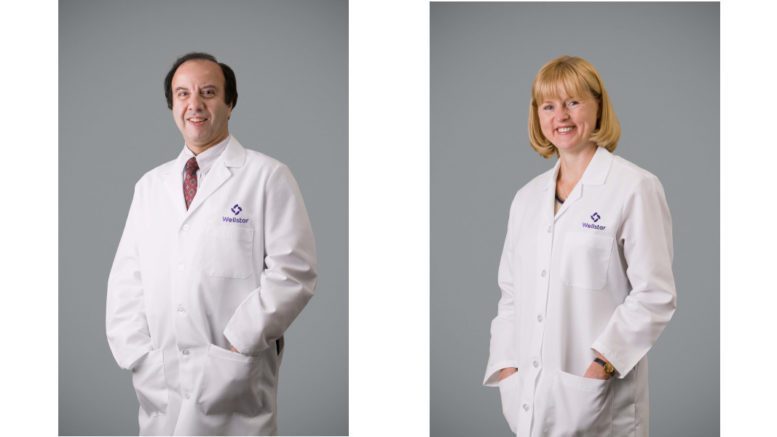 By staff at Wellstar Health System

Wellstar Health System is dedicated to quality care that our patients and practitioners can count on. Going the extra mile to provide world-class care is a defining feature of what it means to work for Wellstar. However, that care wouldn’t exist without exemplary practitioners to start it. Two of those doctors – Dr. Mohamed Midani and Dr. Romualda Klicius– are retiring after over 50 combined years of care with Wellstar Health System.

Dr. Midani is a career pediatrician who, before Wellstar’s founding, worked from his independent practice in Acworth, Georgia. He and his medical staff and nurses saw every part of pediatric care. They performed house calls to tend to sick children who couldn’t come to the office. His team sometimes accepted fruits and foods as payment in the 80s when patients couldn’t pay right away. Throughout his career, Dr. Midani and his team fostered a community of care that has led to not just those children’s children coming to them for care but their grandchildren as well. Generations of care have come through his clinic.

Wellstar Health System acquired Dr. Midani’s practice, and he became one of the 60 original doctors who made up Wellstar’s first team of renowned physicians. And for nearly 30 years since the system’s founding in 1993, he has maintained his quality of care. His patients and staff widely shared that while he is a quiet man, he’s also funny. He always sought to do the best for the people around him and keep a calm, kind demeanor when in the office.

During her time in practice, Dr. Klicius also held professional leadership positions, served on the board of the Georgia chapter of the American Academy of Pediatrics, and was a regional representative and on the membership committee. She also served for over ten years as honorary consul to the Republic of Lithuania.

Wellstar Health System is proud to honor the careers of Drs. Midani and Klicius, and we are deeply grateful for their many years of compassionate service.