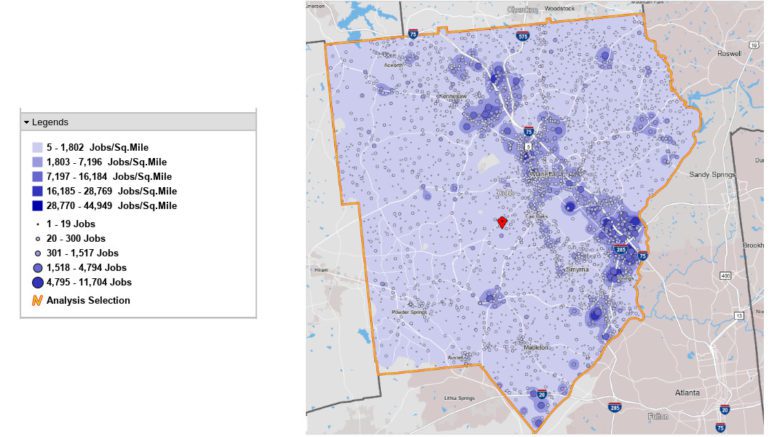 We used the OnTheMap tool from the U.S. Census Bureau to determine those numbers.

Today we’re going to look at where the jobs within Cobb County are concentrated.

I’m going to repeat a couple of caveats I gave in the article about what the commute flows look like in Cobb County. One is that gathering the data is time-consuming for the Census Bureau, so there is a time lag before sets of data become available. This article was written based on the 2019 ACS.