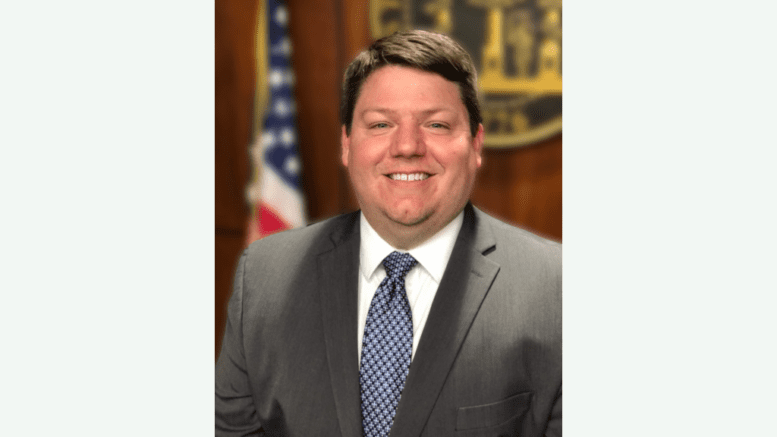 “Chris Lanning has my full endorsement,” said Broady.  “We are both graduates of Seton Hall University School of Law and served together as trial partners in the Solicitor General’s Office.”

“I learned so much from him, especially about equity, fairness and justice in our criminal justice system. He is the right person at the right time and I’m looking forward to Chris being able to further serve the community that he loves,” said Broady.

In the press release Lanning emphasized his support for diversion programs. Diversion programs direct nonviolent offenders away from trial and incarceration and into treatment and education programs, like the accountability courts administered by Cobb’s Superior Court or the Smyrna-based Beyond the Bars program.

“As prosecutors, we have the ability to change people’s lives, keep our community safe, and offer a second chance for those who deserve it,” said Lanning in the press release.

“I am grateful for District Attorney Broady’s endorsement and look forward to continuing to work with him to protect Cobb County families while implementing proven criminal justice reform measures to ensure that everyone is treated with fairness and dignity.”

Early voting in the Democratic Primary begins May 2, and Election Day is May 24.

Chris Lanning is the current Chief Assistant Solicitor of Cobb County, and a resident of Powder Springs.

Barry Morgan who currently holds that position, announced on his Facebook page that he has decided not to seek another term.

On February 1, 1988 I began my career in prosecution as a Cobb County Assistant District Attorney for the MCS Narcotics and Intelligence Squads. I am forever grateful to then District Attorney Tom Charron who gave me the opportunity. It is hard to believe that when I retire on December 31, 2022 I will complete 35 years as a prosecutor.

In the original press release announcing his candidacy, Lanning provided the following biography and description of his career:

Lanning began his legal career in the Solicitor General’s Office in 2008.  He was assigned to the traffic court division, and in 2010 he was promoted to the jury trial division. In 2013, he took a position with the Cobb County District Attorney’s Office. Chris returned to the Solicitor’s Office where he served as Deputy Chief Assistant and was ultimately promoted to Chief Assistant Solicitor General. “I look forward to continuing to seek justice in each matter that comes before me. The role of a prosecutor is to do the right thing in every case,” said Mr. Lanning.

During his career, Lanning has been chosen to teach prosecutors across Georgia on topics such as Vehicular Homicide. In 2019, he was named Assistant Solicitor General of the Year for the State of Georgia. “It is humbling to be recognized by your peers for doing a job you are truly passionate about,” said Lanning.

Lanning is a lifelong resident of Cobb County.  He grew up in Acworth and graduated from North Cobb High School in 1999.  He received undergraduate degrees from the University of Georgia in 2003, and graduated from Seton Hall University Law School (Newark, NJ) in 2008. He currently resides in Powder Springs with his wife and two children. “Cobb County has been my home for forty years. It has been an honor to serve the community in my current role, and I hope to continue serving as the Solicitor General,” said Lanning.

Man sentenced to life without parole for murder of Smyrna woman