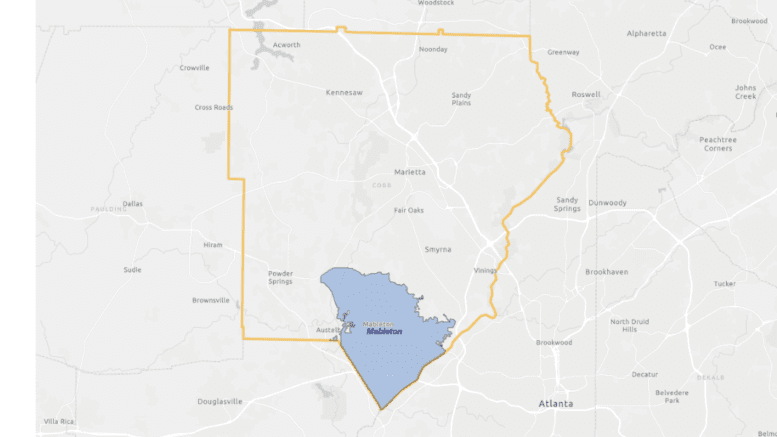 The county has organized a community meeting to learn about the proposed City of Mableton that will be on the November ballot. The forum will be hosted by the Austell Community Taskforce and the Mableton Improvement Coalition.

Cobb County posted the following announcement to its Facebook page about the first Mableton Cityhood forum:

The first Mableton Cityhood community forum is set for Wednesday, August 17 at 6:30 pm.

It will be at the Cobb County Police Academy – 2435 East-West Connector, Austell.

In the meantime visit www.cobbcounty.org/cityhood for more.

The City of Mableton referendum is the last of four votes on cityhood for various parts of unincorporated Cobb County. The previous referendums for the City of East Cobb, the City of Lost Mountain, and the City of Vinings all failed on May 24, 2022 after being rushed onto the ballot by the Georgia legislatures.

The Mableton vote was scheduled for November 8, 2022.

Cobb County has a cityhood resource page which has been modified to reflect that the proposal for the City of Mableton is the only remaining referendum.

The following useful documents specific to Mableton are on the resource page linked above.

To determine whether you are in the proposed boundaries of the City of Mableton visit the Cobb GIS cityhood map.

The Mableton cityhood movement was the earliest of the four cityhood initiatives in the county, but is the last one to have its referendum.

The Courier has been covering the proposal since 2015, when the South Cobb Alliance began holding public meetings on the topic, and you can read a sampling of our articles on the topic by following this link.

The advocates for cityhood organized under the South Cobb Alliance, and you can visit their cityhood website by following this link.

Opponents of cityhood have formed the Vote No To Mableton Cityhood Campaign, which is organized by Preserve South Cobb,, and you can visit their cityhood website by following this link.