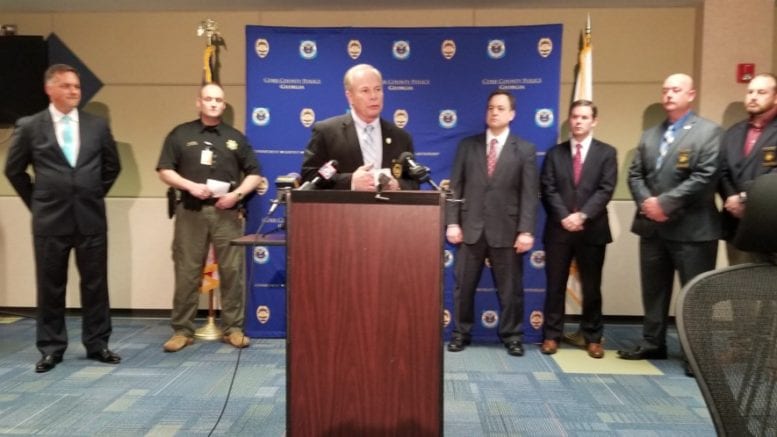 Governor Brian Kemp announced today that he has appointed Michael Register as the Director of the Georgia Bureau of Investigation.

Register served as chief of the Cobb County Police Department, and most recently as assistant chief deputy for Cobb County Sheriff Craig Owens.

“Mike has a strong track record of strengthening public safety and protecting Georgia’s communities,” said Governor Brian Kemp. “I’m looking forward to his impact on this important agency that makes our entire state a safer and better place to live, work, and raise our families. I also want to thank Vic Reynolds for all of his contributions to the GBI during a critical time when the state faced and overcame the challenges presented by the summer of civil unrest and the pandemic. As he continues to serve his fellow Georgians in a new capacity, Marty and I wish him the very best and congratulate him on leaving an enduring mark on the agency.”

“The Cobb County Sheriff’s Office would like to congratulate Assistant Chief Michael Register on his appointment by Governor Brian Kemp to become the new head of the Georgia Bureau of Investigations.

“Assistant Chief Michael Register is a dynamic leader and law enforcement professional. He has been instrumental in helping Sheriff Owens transform the culture at the sheriff’s office.

Sheriff Owens and the men and women of the Cobb County Sheriff’s Office express our appreciation for his service to the people of Cobb County and we wish him all the best in his new role serving our great state.”

Register was sworn in as Cobb County Police Chief in 2017, after serving as police chief in Clayton County. After the election of Sheriff Craig Owens, Register was hired as assistant chief deputy in the Cobb County Sheriff’s Office.

He served in the US Army for 23 years, including combat operations in Afghanistan.