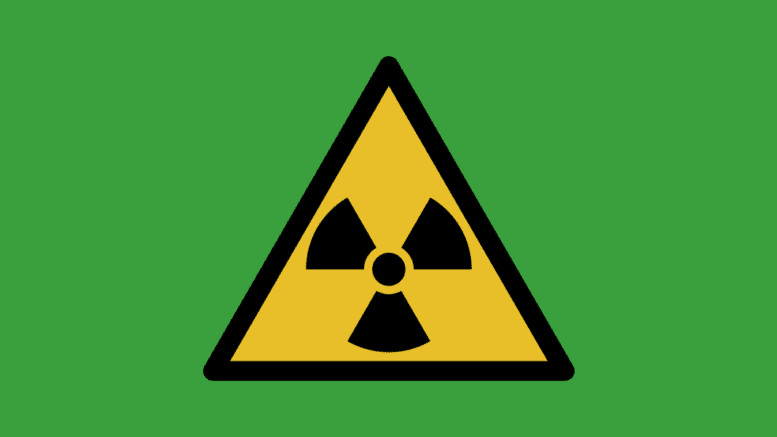 As the second winter of the COVID-19 pandemic approached, I journeyed to Blue Gap, Arizona, to at last meet the man whose steady, calm voice on the other end of the phone line had been a constant for me since the start of the global health crisis.

I first connected with Earl Tulley in early 2020 as the pandemic ravaged the Navajo Nation. The coronavirus magnified the difficulties of accessing clean water across Navajo communities where abandoned uranium mining, largely for U.S. nuclear weapons, had left behind a trail of toxic waste that poisoned the groundwater and other water sources.

The dangers of uranium mining were well documented before work began in the Navajo Nation, but the U.S. government both ignored and suppressed information that could have saved lives. People there “were virtually cancer-free” before mining began, according to the Navajo Nation’s president; the disease spiked afterward.

I realized there was a larger story to tell about the pollution and ongoing health exposures of the Diné, the Navajo people. And in our very first phone conversation, I was struck by the clarity with which Tulley relayed the lessons he had learned along his journey.

He believed there would be a spiritual reawakening of people’s connection to nature. “Nature does have the opportunity to heal itself,” he told me on that first call. “Maybe we are going to be part of that aspect too — to begin to be aware a bit more about how we’re utilizing and extracting resources.”

Over a series of more than half a dozen interviews, he told me about his battle against uranium contamination in the Navajo Nation and his lifelong fight to create a healthier environment. Then, in the spring of 2021, Tulley was diagnosed with an aggressive form of non-Hodgkin lymphoma, a cancer I was all too familiar with because my mother had been diagnosed with the same disease the previous spring.

Cancer was no stranger in my family. My father died a matter of months after he was diagnosed with stage 4 pancreatic cancer nearly 20 years ago. As a gardener he had sprayed the Roundup weed killer in the yards he landscaped in Santa Barbara, California, and I often wondered if the chemicals in the herbicide had contributed to his cancer, and whether my mom, who had frequently worked alongside him, might one day get cancer too.

Fortunately, my mom’s non-Hodgkin lymphoma was caught early, and so far the disease hasn’t progressed past its early stage. But as with so much in life, there’s no telling what comes next, no guarantees for tomorrow. That year, we celebrated my mom’s birthday outdoors at a Santa Barbara park, a small, socially distanced gathering to protect her health. It was a sunny day in May, and as she unwrapped her presents, she told me and my sisters that there was nothing else she could have hoped for in life than to see us where we’re at today, as working professionals all living in the same town — a Mexican mom’s dream come true.

Her diagnosis reminded me that we build stronger ties through the stories we tell and the lessons we share when we’re together for life’s everyday moments — making dinner at home, watching a movie with the family, marking milestones or simply celebrating when we overcome challenges big and small.

As I cared for my papá during his last months alive, I realized he was the one who instilled in me a love for storytelling. It wasn’t until he was too sick to tell those stories anymore, and I missed hearing his voice, that it struck me: During those everyday moments, he had passed on a legacy, our family history, by taking the time to share the stories of my parents’ life in Mexico.

For Tulley, the stories of his people are very much connected to his ancestral land. Last fall, he told me he would be returning to his family’s homestead in Blue Gap for a ceremony. He wanted to place his braid, which he had cut during his chemotherapy as his hair began to fall, in the fire of his family’s hearth. After checking with his family, Tulley invited me to join them for the ceremony as I reported his story.

I knew that to witness such a private moment was a privilege, but it felt even more meaningful coming in the midst of a pandemic that had isolated so many of us from each other, and that had prevented us from building community with one another.

In pre-pandemic times, field reporting hadn’t been so challenging. But in the space of a few months in early 2020, all of our lives had been upturned. So I spent much of my time reporting on the phone or via Zoom, and even though I made do with those virtual connections, I missed being in person with the communities I covered as an environmental justice reporter.

In early December 2021, my husband, a photojournalist, packed our van, which fortunately had its own bathroom, bed and kitchen, and we made the trek from California to meet Tulley and his family in Blue Gap. We arrived shortly after a light snowfall.

As Tulley gave us a tour of the homestead, we came across a tiny mound of pebbles that an army of ants had built atop a sandstone outcrop on the hillside near his home where several generations of his clan have etched their names into the bedrock.

The miniature pyramid was dusted with ice crystals that sparkled in the afternoon sunlight. In these ants, methodically working in unison to build their home, he saw a lesson for people. “It takes a community to be committed to one another in order to survive,” said Tulley.

Not far from there, he showed us the wash, where water had once flowed, and where he and his siblings played as children and discovered fossil shells buried in the soil. He remembers how he ran home to ask his mom what the white shells were, and she told him a Diné origin story of his people. All along the tour of the land, Tulley shared the legends and wisdom his grandparents and parents passed along, stopping to point out how he’d collect juniper berry seeds to make necklaces to ward off bad dreams.

“It’s not that our stories are more important than anybody’s, but the common denominator is that we can all share our stories and those stories have legitimacy,” Tulley told me.

Tulley knows that the power of those stories is deeply rooted in the land, stories shared as families gathered around a fire to pass along the wisdom gleaned from living off that land. Planting and harvesting corn, squash and other foodstuffs was important not just because the cycles allowed the people to live within the seasons of life, but also because it allowed families to trade with neighbors. Mutton for dried apricots and peaches, for example, said Tulley, noting how this trade was also a means of unifying people within the region.

For Tulley, returning to Blue Gap, where he grew up, was a way to heal during his battle with cancer. The pandemic, he said, made many families hit pause and focus inward on those familial and neighborly connections that do so much to sustain us.

His words reminded me of a beautiful quote in an article by the cultural anthropologist Polly W. Wiessner, who studied the power of fireside chats among the Ju/’hoansi Bushmen of southern Africa. She found that stories the villagers shared around the campfire at night built trust, understanding and cooperation among the community members. As one elder put it: “Our old people long ago had a government, and it was an ember from the fire where we last lived which we used to light the fire at the new place we were going …”

Under the light of the Blue Gap moon that night, I could see how impossible it was to feel alone along this stretch of land that might appear to be desolate, with just a few homes scattered among the hills. But each gulley, each ridge, each wash held a story for Tulley, who sees it as his responsibility to pass those stories on to the next generation — to serve as a bridge and “speak up with all the words that were not spoken.”

I didn’t know where this journey to tell his story would lead when we first connected in 2020, just as today I don’t know how long I’ll have my mom at my side. But as we near the end of yet another pandemic year, it’s comforting to know that their journeys will continue long after they’re gone because their stories will live on.

This article first appeared on Center for Public Integrity and is republished here under a Creative Commons license.