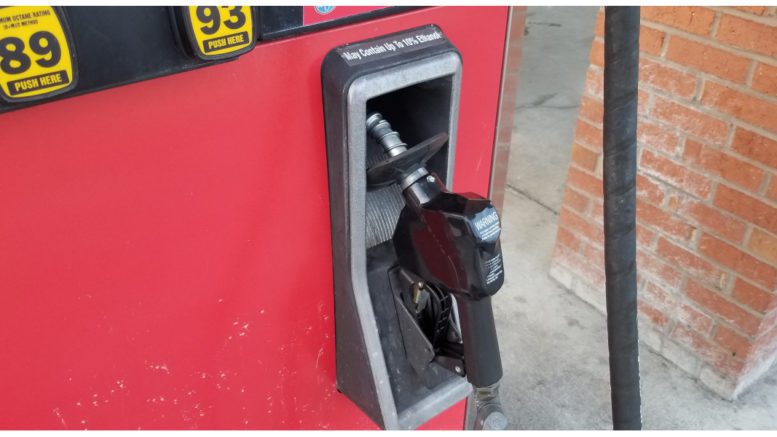 According to this morning’s report from AAA, Georgia gasoline prices continued to surge over the past week, in keeping with national trends.

“Several factors are contributing to the rise in gas prices across the state, such as the recent suspension of the state’s gas tax, an uptick in demand, and concerns that the global oil supply possibly will be impacted by Russia’s escalation of the war in Ukraine,” said Montrae Waiters, AAA-The Auto Club Group spokeswoman.

The national average for a gallon of regular gasoline has also increased by 11 cents to $3.41. If demand remains robust, drivers will likely see pump prices increase through the week, although crude prices have decreased due to economic concerns.

The price of a gallon of regular unleaded in Cobb County is $3.218, roughly three cents less than the statewide average.

“Since last Monday, the national average for a gallon of regular gasoline has increased by 11 cents to $3.41. According to data from the Energy Information Administration, gas demand rose from 7.56 to 8.05 million barrels a day last week.

“Despite the messy West Coast weather, a mild winter elsewhere in the nation may have led to more drivers getting behind the wheel. Meanwhile, total domestic gasoline stocks increased by 3.5 million barrels to 230.3 million barrels.

“At the close of Wednesday’s formal trading session, WTI decreased by 70 cents to settle at $79.48.

“Crude prices took a slight step back due to lingering economic concerns that a recession could occur this year. If economic growth stalls or reverses course, oil demand will likely decline, and prices will follow suit.”

“AAA updates fuel price averages daily at www.GasPrices.AAA.com. Every day up to 130,000 stations are surveyed based on credit card swipes and direct feeds in cooperation with the Oil Price Information Service (OPIS) and Wright Express for unmatched statistical reliability. All average retail prices in this report are for a gallon of regular, unleaded gasoline.”