Leave it to me to be the Grinch.  This morning I rolled out of bed and decided to publish a quick feel-good Christmas message.  Since Atlanta history is a life-long interest of mine, I began searching for a Dec 25 front page image of an Atlanta newspaper from the late 19th or early 20th Century.  My plan was to post the reproduction with a simple Merry Christmas and Happy Holiday message above the image.  I found a suitable image,  the Dec 25 1911 front page of a newspaper called the Atlanta Georgian and News.  It featured a prominent picture of Santa Claus with an empty stocking fund message “For the Poor” on his sack.

Then I found myself doing something interesting, and when I reflected on it, it surprised me a bit, since I’ve never been one to minimize the horrors of slavery and racism.  I scanned the page to see if there was anything overtly racist or supportive of Jim Crow laws in the articles on the page.  After doing that for a few seconds I asked myself, “Larry, why did you do that?  If you want to post a simple feelgood message, just post it, and leave the newspaper out.  Don’t try to sanitize Atlanta’s history in the process.”

I then decided to do a little research on the history of the Atlanta Georgian and News.  I’ve included the image I intended to feature at the top at the bottom instead, to satisfy any curiosity you may have.  It is a pleasant and innocent front page, with a good Christmas message of helping the poor.  But other aspects of the newspaper’s history are not so pleasant.

The good news is that they began, in 1906,  as crusaders against Georgia’s horrendous convict-lease system, whereby citizens would be arrested for minor crimes, and sold to local area businesses to work in industries with terrible and dangerous working conditions such as mines, turpentine camps, and brick factories.  It was slavery in everything but name.

The bad news is that in their first year of operation they were instrumental in whipping up the anti-black frenzy that led to the 1906 Atlanta race riot, two days of attacks on blacks by white mobs, in which an unknown, but substantial, number of blacks were killed, and many more beaten.  The Atlanta Georgian and News had run unsubstantiated stories of sexual assaults of white women by black men.  The stories were propagated and encouraged by the two candidates for governor of that year, who wanted to pass laws disenfranchising black voters to strengthen their own political prospects.

Even the newspaper’s coverage of the convict-lease system was contaminated by dehumanization of the black population.  Though the people arrested for minor crimes and sold into virtual slavery were predominately black by a large margin, the paper emphasized the white victims.  In one instance, in a front page article on July 15, 1908, the newspaper featured the arrest in Cobb County, enslavement in the convict-lease system, and brutal beating of a man named Joe Frisby, describing him at the top of the article as “an Atlanta white boy”.   This was an obvious attempt to garner the sympathy of its white readers, who would not have been concerned if the atrocities described were carried out on black citizens.

I’m not pointing this out to ruin anyone’s Christmas by bringing up uncomfortable subjects, and I’m certainly not trying to make people feel guilty for the “sins of the fathers”, as it’s described in the book of Exodus.  I hope everyone has a relaxed and enjoyable holiday season.  I’m doing it to point out that the South does have a history of racism and intolerance, and we need to acknowledge it and work to be the most tolerant region in the nation.  We shouldn’t pretend that the past doesn’t exist, nor should we gloss over slavery, Jim Crow laws, segregation, and racial intolerance.

And our tolerance should extend to our attitude toward and treatment of immigrants and people of the Muslim faith,  too.  There is far too much hateful noise in our current political discourse about our Muslim and immigrant neighbors.  This holiday season, celebrated in some form by the major religions of the world, and many non-religious people too, should be a time for a reflection that helps us avoid repeating the mistakes of the past. 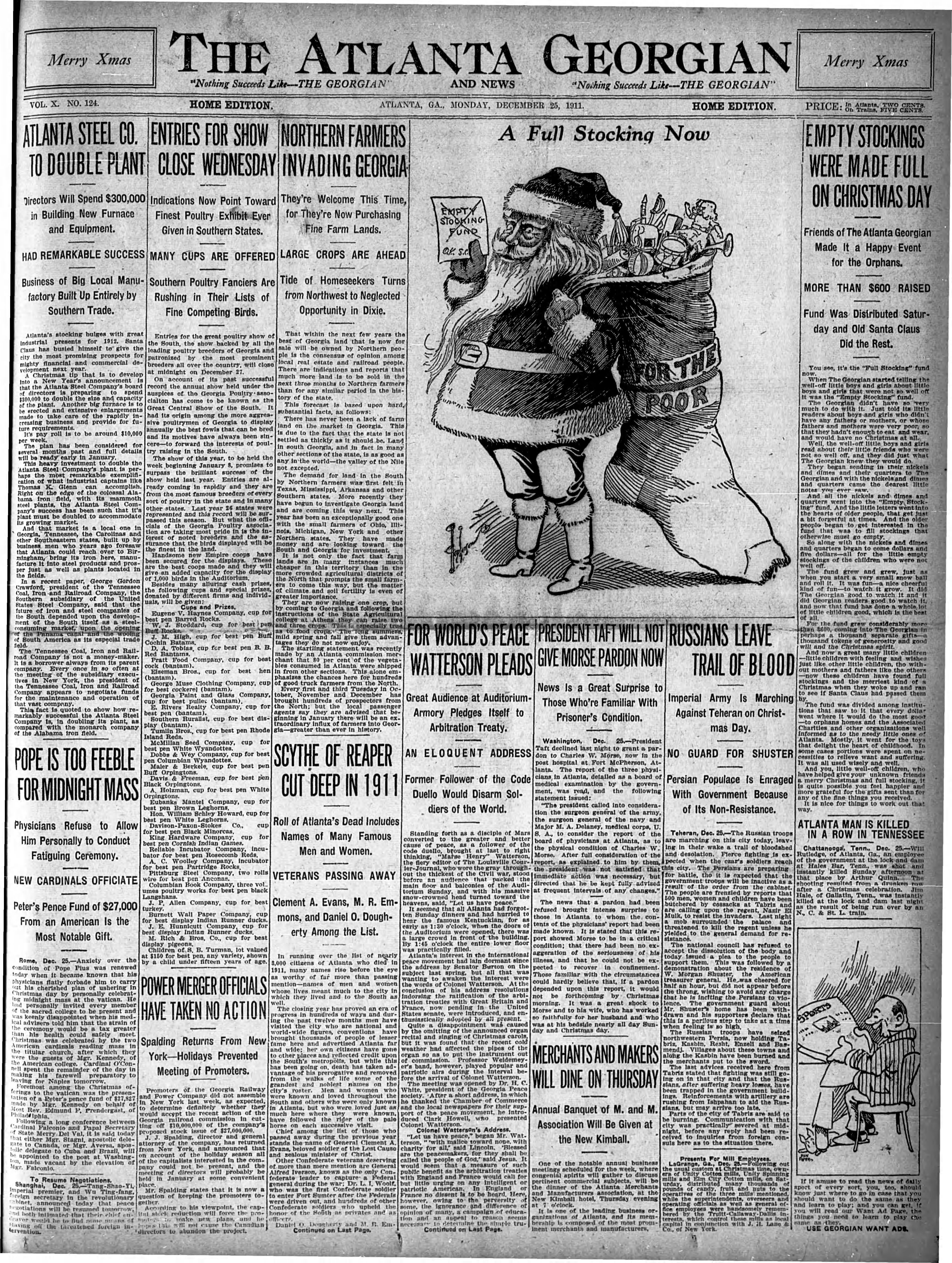