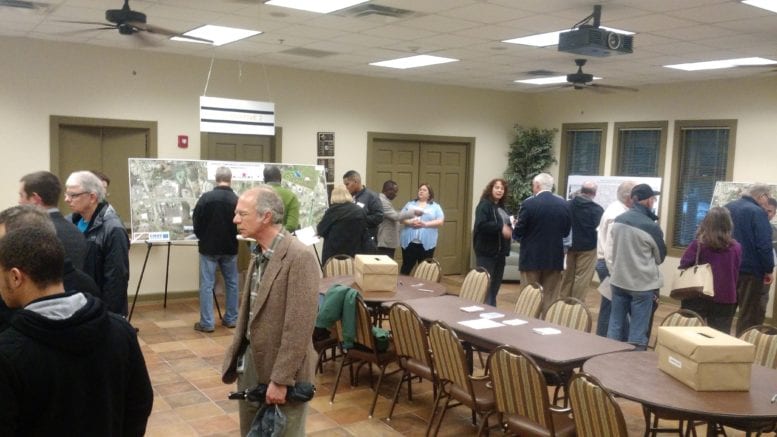 Residents of the Smyrna area got to review and give input on several redevelopment options for the portion of South Cobb Drive running between Concord Road and Windy Hill Road on Tuesday night.

The event, held at the Aline Wolfe Adult Recreation Center on Church Street, lasted three hours. Four large display boards were arranged throughout the room with four development concepts. Option one was the simplest, with option four the most complicated, though city officials stressed that any combination of options is still possible and that other areas of South Cobb Drive will also be up for development in the future.

“This is part of a bigger program, but there are certain monies available for certain areas,” said Ken Suddreth, Smyrna’s community development director. “To make sure we created the best application possible, in talking to the state, it was suggested that this area was probably the best for this study.”

Suddreth added that safety and aesthetics are two of the major areas of focus for the project.

All four options include 12-foot-wide multiuse paths on both sides of the road, which are open to both pedestrians and cyclists, along with green space separating the road from the paths. Option two adds bus pull-offs and dedicated bike lanes along the road, option three includes a raised median, and option four includes local access lanes physically separated from through lanes for motorists passing through the area. 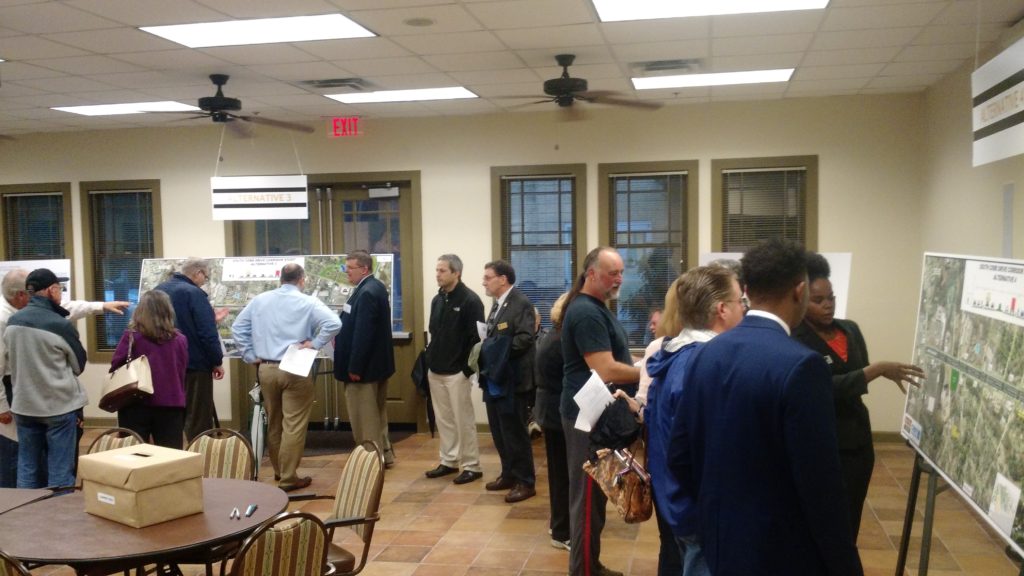 All four concepts also include a “pocket park” at the intersection of South Cobb Drive and Church Street. The land for the park is in a floodplain, and would be a “passive park” (a park minimally developed to preserve its natural environmental characteristics).

There is no set timeline for construction, as the project remains in the study phase. Suddreth said the study has been ongoing in some form for about 16 months. Tuesday night’s event was the second public comment period for the corridor study. Attendees were given questionnaires to fill out, and Croy Engineering staff were on hand at each station to answer questions. The deadline for community input is Feb. 24.

Smyrna Ward 5 councilwoman Susan Wilkinson attended the event, as the majority of the project lies in her district. She said it’s great to get community input and she’s glad attention is finally being focused on the area.

“There has been a lot of interest for a project in this area,” said Wilkinson. “A lot of my constituents have told me they would like to see something in this corridor because they’ve seen so many improvements and beautifications in other areas of the city.”

Pedestrian access is a big focus of the study, she said, especially for locals walking to and from Campbell High School, Belmont Hills Elementary and Village Green.

“Both sides of South Cobb Drive in this area are neighborhoods with people that I represent,” she said. “There has been a lot of communication to me about the danger of accidents with pedestrians. People have been very concerned about safety and I think this is important to help with that.”

Wilkinson said she read all of the comments from the first public input session and that pedestrian improvements were a big concern for most attendees, which led to the inclusion of multiuse paths on all four designs. She added that the addition of trees and other landscaping in the area will make walking along the road a more pleasant experience because there will be much more shade in the summer.

The City of Smyrna is leading the study, but is working with several other agencies including the Georgia Department of Transportation, Atlanta Regional Commission and Croy Engineering.

More detail on the current state of the project, along with renderings of the proposals can be found at the Croy Engineering website.