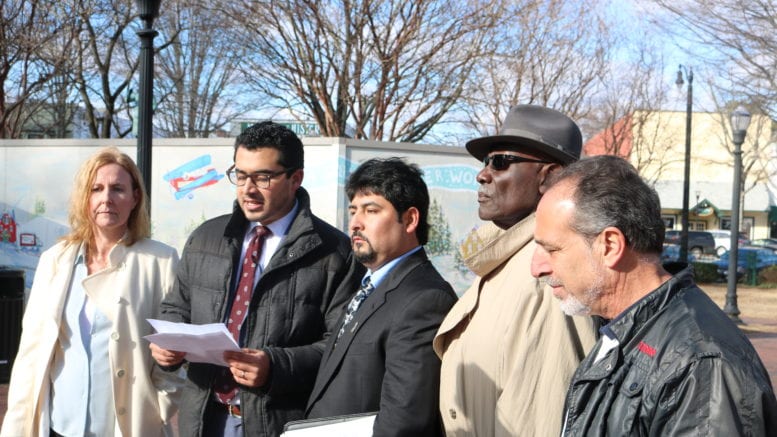 At a press conference in Marietta’s Glover Park this morning a coalition of advocacy groups called for the resignation of Cobb County school board member David Banks over a racially-tinged email he distributed on Nov. 23, 2016. The email contained a list of negative claims about the effects of Mexican immigration, most of which were found to be false by the fact-checking organization Snopes.com.  The coalition calling for the removal of Banks includes La Alianza Pro-Immigrante del Condado de Cobb (Pro-Immigrant Alliance of Cobb County), and the Cobb chapter of the Southern Christian Leadership Conference.

Kevin Amaya of the Pro-Immigrant Alliance said his group reached out and attempted to meet with Banks, and he refused.  Amaya said that Banks should apologize, and resign his post. 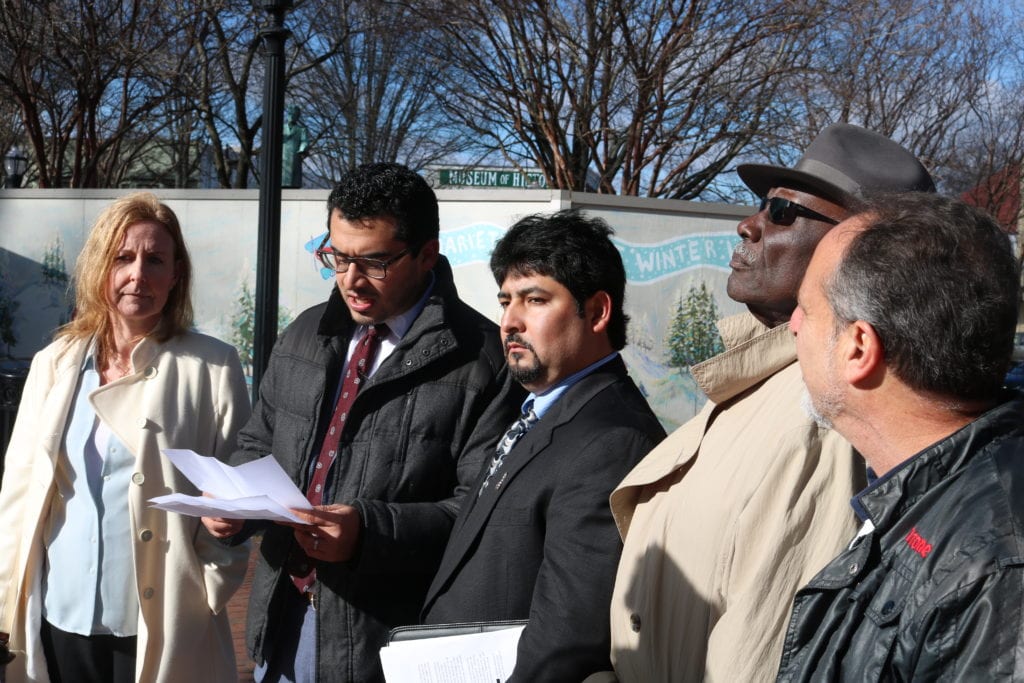 Carlos Garcia, executive director of the Pro-Immigrant Alliance said “I want to address the principle of integrity.  Integrity matters and integrity counts, when you are talking about an elected official in charge of the education of our children in the Cobb County school system.  So that’s why we’re here today, to ask for his resignation, and to ask also for the support of the public.”

Dr. H. Benjamin Williams, president of the Cobb County chapter of the Southern Christian Leadership Conference, said “Those who supported the new president felt emboldened, to try to terrorize other students who had a different point of view.  The national scene is being played out here, by this event, and this behavior, by David Banks, the school board member, which should be absolutely intolerable [by] someone who’s an elected official, who is responsible for the education of children in the largest school district in the county.  Dr. King has always admonished us to keep in mind that what affects one directly, affects all of us indirectly … We want folks to keep in mind, although [Banks’] rhetoric seems to focus on our Hispanic brothers and sisters, all of us have been attacked, and all of us need to respond accordingly.”

A written response to the coalition from school board chairman David Chastain was provided by the organizers of the press conference.  Chastain wrote “Based on the information provided in your communication, it appears that Mr. Banks was distributing a forwarded email message to a personal distribution list, using his personal email account.  It appears he may have been acting in his role as a citizen, not as a representative of the Cobb County School Board.”  He wrote further that it was not a matter for school board discussion.

Banks represents Post 5 in East Cobb.  The email Banks had forwarded made a list of claims about the effects of Mexican immigration on Los Angeles, purportedly taken from the LA Times.  The email had been fact-checked by snopes.com, which found that the statistics in the letter were not from the L.A. Times, and included claims which were either false or open to interpretation.

River Edges phoned Banks requesting comment, and he had not responded as of the time this article was published.  If he responds we will publish his statement.