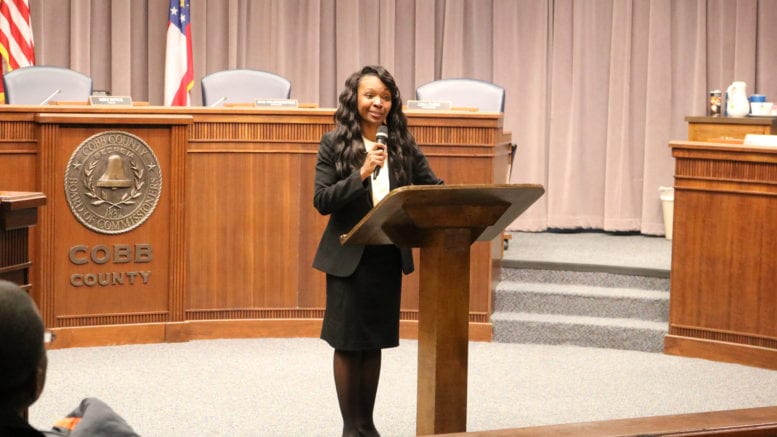 Despite the laughter of others in the conference room packed with public officials, citizens and reporters, Lisa Cupid was not smiling.  Cupid is the only Democrat, and the sole African-American, on the five-member Cobb County Board of Commissioners.  She stared at the papers in front of her, then at the other commissioners alongside her. This was the first work session called by newly elected chairman, Michael Boyce.  The topic was pay recommendations to bring compensation for county staff in line with other metro counties.

Commissioner Bob Ott said pay should be determined by how difficult it was for the county to fill a position. He said “We know that the initial study wanted to pay a part-time lifeguard an additional $12,000 a year, and we don’t have any problem hiring lifeguards.”  There was laughter from the commissioners and audience, and a series of jokes about lifeguard pay from other commissioners.  Boyce asked “Where do I sign up?” The jokes continued for a few seconds.

Cupid, still unsmiling, said “I know that seems humorous … but I don’t want us to get into pointing out the quality of someone’s position, because again, this is just looking at someone’s pay compared to how people are paid comparably.”

Cupid’s intensity at the BOC meeting contrasted with her easy fielding of questions from constituents at a town hall meeting a few weeks later.  She was poised and relaxed as she stood in the sanctuary of a Hispanic church on the northern edge of her district, microphone in hand, interacting with District 4 residents.

She was elected to her first term in 2012, and is best known metro-wide for a 2015 complaint she filed after she was tailed by a Cobb undercover officer, and for her vote against the Braves’ move to Cobb County. 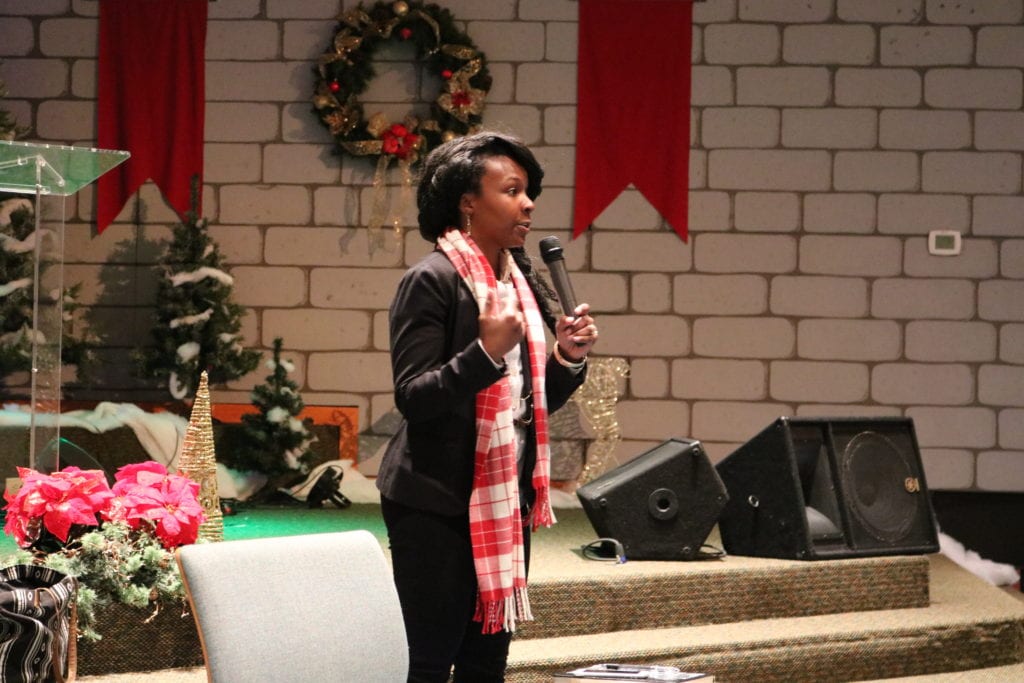 At a Starbucks patio in southwest Atlanta, Cupid described the unusual career path that brought her to elected office.  The daughter of immigrants from Guyana, she grew up in a Detroit suburb, and assumed she would work in the auto industry like her father.  She came to Atlanta in 1995 to get a mechanical engineering degree at Georgia Tech.  “I had a very narrow view of what my options were.”  After graduation, she took a job at Kodak, where a career survey identified public service as her primary skill set.  She was surprised, but on reflection it made sense, she said.  As an engineer her approach was to spend time on the shop floor, talking to machine operators.

Her decision to pursue a law degree was a result of her neighborhood activism in the Six Flags area of south Cobb. She said, “I knew that as residents we could get involved … but I always felt like I didn’t know the process. The attorneys seem to have known the process … When I went to school I wanted a degree in public administration, and in law. … That was my original goal.”

Asked her least favorite duty on the county commission, she said nothing came to mind, but the most difficult thing to master was land use and zoning, because of the formal procedures and the number of players involved in each case.   “Every month it seemed like I was doing all-nighters.  I felt like I was back in college again.”

From the perspective of those who work with her on zoning issues, however, her work paid off.

Robin Meyer, the chairwoman of the land use and zoning committee of Mableton Improvement Coalition, said “Whatever the issue is, she digs deep into it.  She’s not generally a person to take things at face value … or at the sound bite level … Although I don’t necessarily always agree with her … I never believe that she’s where she is for lack of information.”

Galt Porter, a member of the Cobb County Planning Commission, said Cupid is very detail-oriented.  “She understands that [zoning] sets the direction for the community for the next 50 to 100 years as we put these things in … The engineer in her comes out, I think.”

Cupid’s mother, Yvonne Smith, said at the swearing-in ceremony for Cupid’s second term, “”Since Lisa was a very little girl, I had a strong feeling that whatever her profession turned out to be, it would be serving others.  At sixteen, Lisa was taking advanced classes at her high school, she was working at a store, she was teaching the violin, in addition to other things.  I don’t know how she did it, but she did it.  Lisa’s willing to help anyone, regardless of their social economic status.  She would get up early in the morning, stay up late, and never complain.”

Michael Boyce, the Republican commission chairman who appointed Cupid, a Democrat, as his vice chairperson, said “I think the quality of Commissioner Cupid is reflected in the achievements and accomplishments that she has done in the four years she’s been in office. Her district, for a number of months, has been running number one in the number of permits issued for the county.  She’s involved with her constituents.  The fact that she ran unopposed reflects how favorable they see her work and how much they admire her and want to keep her in her job. The bottom line is I’m proud to have her as my vice-chairwoman.”