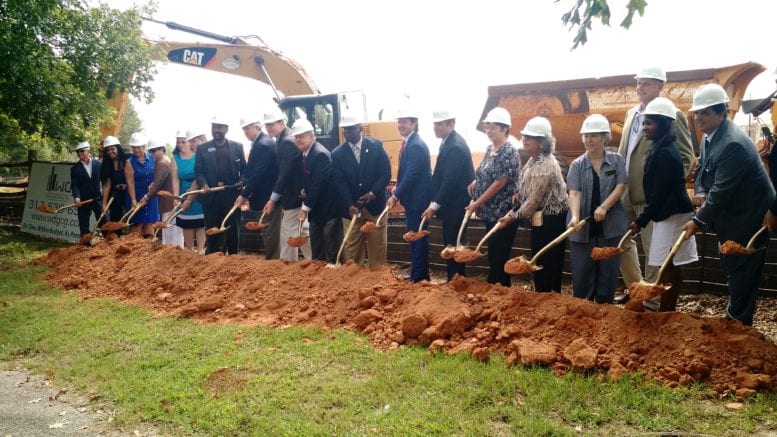 A 154-unit, $37 million seniors housing community is officially under construction in Powder Springs.

Local elected officials, business executives and media members gathered Thursday morning for the groundbreaking of Silver Comet Village, which is being touted as the largest private investment in the city’s history. 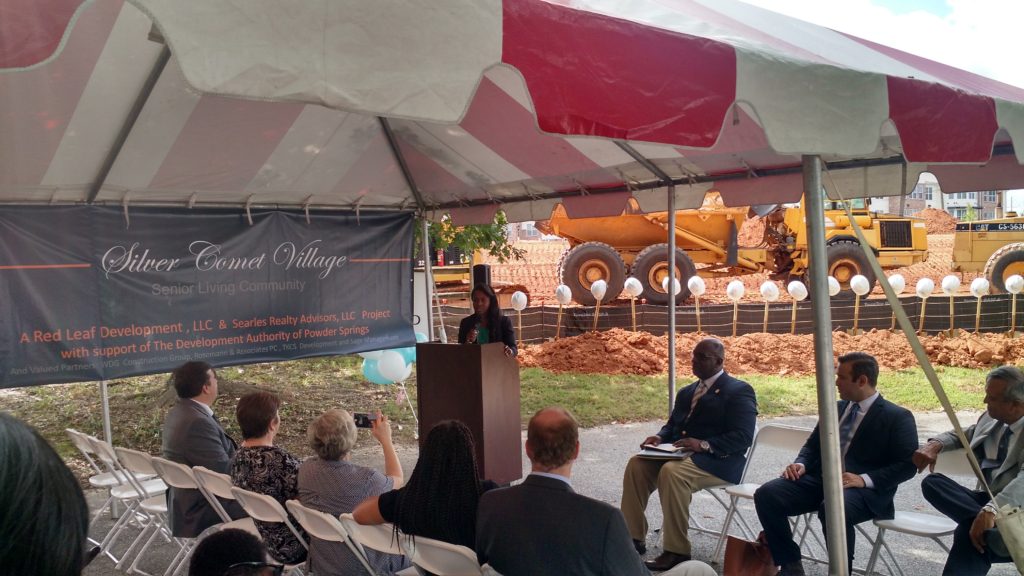 Construction is expected to last 13 months, with a grand opening in fall 2018. Once fully operational, Silver Comet Village will employ 90  and will offer independent living, assisted living and memory care.

”Our goal is to continue to bring quality growth and job creation to the city,” said Murray Homan, chair of the Development Authority of Powder Springs. Homan also described the site’s history, dating from when it was a dairy farm and the Silver Comet was an active railroad, to a period when it was used for flying model planes and now to its use in seniors housing.

The development will include two buildings totaling 161,000 square feet, with one building housing assisted living and memory care and the other housing independent living.