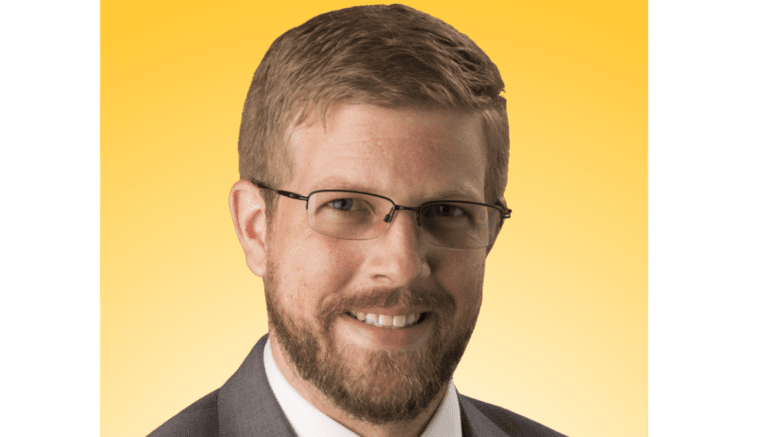 Daniel Henderson -- courtesy of the School of Culinary Sustainability and Hospitality

One Kennesaw State professor has lost his job after the university’s decision to phase out its culinary and hospitality program.

Daniel Henderson has been at KSU for a year and a half, teaching courses in hospitality like spirits production and beer culture.

“The entire announcement and communication to the students and the faculty was extremely unprofessional and very poorly managed,” Henderson said.

A week before students were told the CSH program was shutting down, Henderson received notice that his spring contract had been terminated.

“It had no reason behind it,” he said. “It was so cold, and no explanation.”

Henderson is one of four limited-term instructors within the CSH program, though he is the only one whose contract has been rescinded.

When asked whether termination of the program would affect faculty, KSU provost Ken Harmon said those decisions would be made based on the needs of the program.

“The number of faculty needed through 2021 will be assessed and hiring decisions will be made based on demand,” Harmon said.

Henderson said he loved the sustainability aspect of the CSH program, which he found unique when compared to other universities.

“I got my undergraduate degree in environmental studies,” he said. “This degree fit me perfectly to teach, which is one of the reasons why I’m so upset by the way everything went down.”

He also pointed to the numbers that show growing interest in the CSH program, which has 227 committed majors and more than 1,000 students taking courses this semester.

Mike Leven, the program’s namesake donor, said he wanted to move the hospitality degree to the Coles College of Business because he thought it would give students more options when they graduate. With that in mind, Henderson said he doesn’t understand why the CSH program has to be dissolved.

“To my knowledge, we don’t need Michael Leven’s money to operate as the school, as the CSH program,” Henderson said. “If he’s reallocating the money, that’s fine, but why are they terminating the program?”

With 20 years experience in the hospitality industry, Henderson said he found a new job in the private sector again fairly quickly, for which he’s grateful. He also has a few leads to pick up a teaching position at another institution, though nothing is finalized yet.

Henderson said he doesn’t have any hard feelings toward the leadership of the program, but he is disappointed with the university.

“I became a pawn in a game that was happening 30,000 feet above my head,” Henderson said, “and ended up being collateral damage and forced out of the university with still no answers.”

While explaining the program’s fate to some of his classes, Henderson said he’s seen students passionately emotional in response to the news.

“I’m glad that the students are upset about it, because they should be,” Henderson said. “All these dots just simply don’t connect, and it doesn’t take a genius to realize that there’s some pieces missing.”

One of those upset individuals is a former student. Alyssa Causey graduated from the CSH program in December 2015 and now works as a wedding planner and caterer.

“I was really surprised right off the bat because it’s a brand new program,” Causey said. “I mean it only started four years ago.”

She compared the situation to when KSU merged with Southern Polytechnic University in 2015. Her parents are both SPSU alum and felt that an engineering degree from a liberal arts university wouldn’t hold as much weight in the world.

“I was thinking about that yesterday, about how much my degree is really worth and how credible it is,” Causey said. “If the [CSH] program was terminated that quickly, what does that say about my degree?”

In addition to concerns about the perception of her degree, Causey said she disagrees with the reasoning behind the restructuring of the program.

“The university believes that there are more opportunities for our students with a major that has an increased focused on the business elements surrounding hospitality,” a university spokeswoman said.

Causey said the program already has a strong focus on business.

“I honestly don’t know how much more business-focused they could make it and still have a well-rounded hospitality program,” she said.

She said that students already take several courses through the Coles College of Business for their degree. She had to take seven business classes, including marketing, accounting and a few management courses.

“For them to say that it’s not business-minded enough was a little bit ridiculous,” Causey said.

Leven mentioned in an interview with the Cobb County Courier that he felt like the CSH program was focusing too much on the culinary aspect.

“I didn’t want to be only culinary,” Leven said. “Culinary could be part of the hospitality, but it shouldn’t be the total thing.”

But Causey said that the best thing about the program, in her opinion, was the customizability. There were only a handful of culinary courses required for the major.

“I have always been in the special events industry, so I didn’t get into it for a culinary focus,” she said. “It was more of a hospitality and management focus in general.”

Some of her classmates, Causey said, wanted to be chefs or wanted to open their own bakery or restaurant. Those students took more culinary and food science courses. Causey, however, focused on classes about event-planning and catering, which served her interests.

“I feel like you could tailor it to fit a variety of fields within the hospitality industry,” she said.

Why KSU stood out among its peers

Causey switched her major to join the School of Culinary Sustainability and Hospitality four years into her school career at KSU. At first, she considered transferring to Georgia State for its business degree in Hospitality Administration.

“I didn’t pursue it specifically because it was a business major, and I didn’t want to be a business major,” she said. “I didn’t really go into wanting to start my own business, and that was something that Georgia State was pushing.”

Causey said she just wanted to learn more about her industry and be better at her job, not start her own business.

“I liked the fact that my program was going to be more balanced between hospitality and culinary and have some business classes, rather than being so business-focused,” Causey said.

Replacing the CSH program beginning in July 2018, however, will be the Leven School of Management, Entrepreneurship and Hospitality — a business degree.

KSU announces university’s farm, a learning lab for students, will not shut down