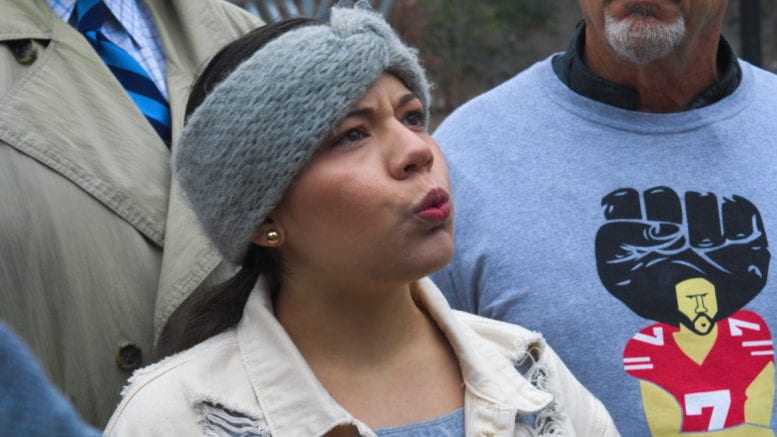 Though Kennesaw State University’s president is resigning, members of the local Southern Christian Leadership Conference chapter said at a press conference Tuesday, Dec. 19, that their fight is far from over.

KSU President Sam Olens emailed the campus community Thursday, Dec. 14, with a notice of his resignation, which will take effect Feb. 15, 2018.

“Challenges to the institution were evident as I began my tenure and these trials, coupled with internal trepidations, made for a very difficult start,” Olens said in the email.

While he outlined the accomplishments of the university over the past year, Olens did not offer much explanation for his departure.

“Even with these successes, I have decided that new leadership will be required for KSU to fully realize its potential,” Olens said.

This announcement followed months of troubling news for the university, particularly after several cheerleaders began protesting during the national anthem at football games. 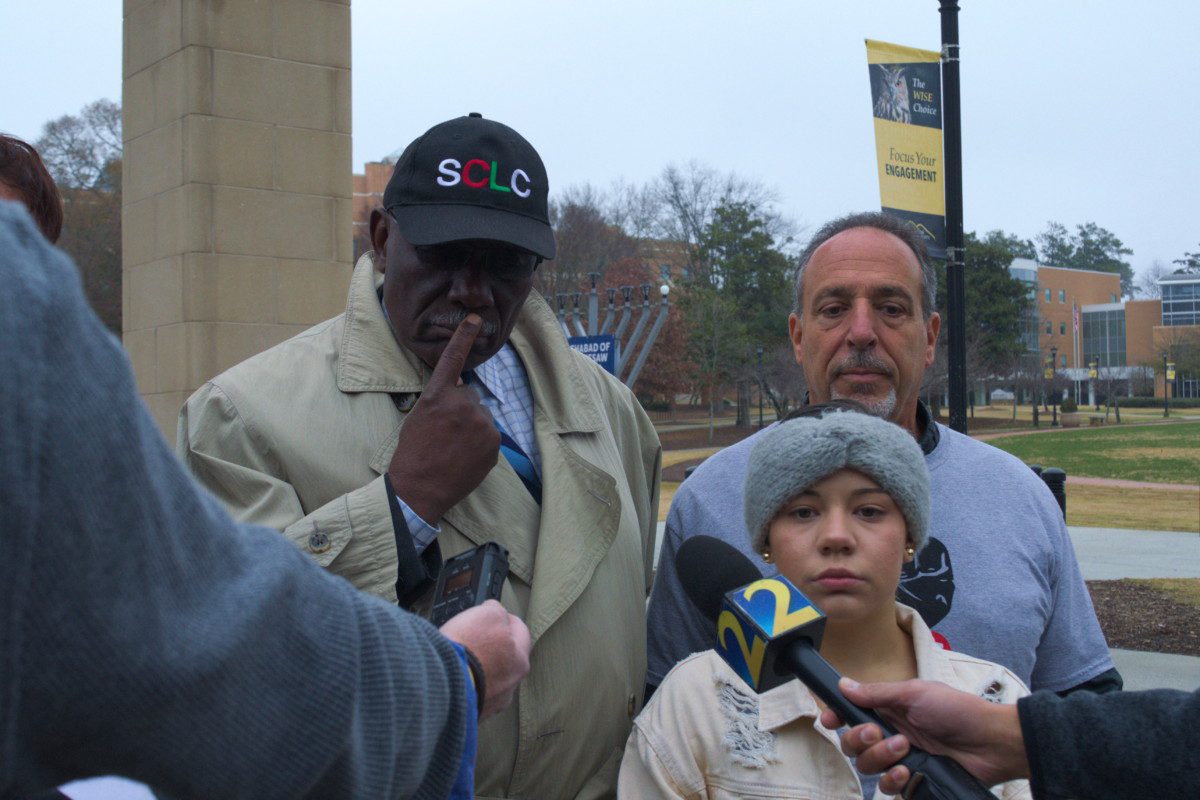 “Although President Olens will be separated from the university, the public needs to understand that he was but one of the co-conspirators that engaged deliberately in an effort to violate the rights of faculty and students on this campus,” said Ben Williams, president of the Cobb County chapter of SCLC.

Williams used the term “co-conspirators” to refer to Rep. Earl Ehrhart and Cobb County Sheriff Neil Warren. Both elected officials publicly spoke out when the cheerleaders knelt during the national anthem. The Atlanta Journal-Constitution also reported that Ehrhart and Warren had exchanged several text messages that implied they suggested to Olens that the cheerleaders should be taken off the field.

“Those other co-conspirators must be dealt with,” Williams said. “That is high on the list of priorities for SCLC. We will continue our work in that direction.”

Besides the ethical ambiguity of the text messages between the sheriff and state representative, Williams said that there might have been some illegality to their actions.

“If our early observations are affirmed, then we will take the appropriate steps to address those ethical breaches and perhaps legal violations,” Williams said.

While the Cobb SCLC chapter has spoken out against the president’s actions, many students on campus have protested and voiced their own opinions as well. Political science major Alexa Vaca said the reports about the involvement of Ehrhart and Warren fueled the outrage from those on campus as well as stakeholders across the county.

“That led to a campus-wide, community-wide movement for change, not only to remove the president but to make a change on campus to represent minorities,” Vaca said. “I think that that’s representative of the kind of administration that Sam Olens had for the past year, which was one of repression.”

Though she called Olens’ resignation a victory for their movement, Vaca said the fight is not yet over.

“Now the next step is to look towards making sure that the next president is responsive to the kind of campus that we need, and that includes having all of our voices heard,” Vaca said. “We should have the ability to make a decision on who is becoming the next president of KSU.”

“I will hope and expect that people like the students you’ve heard and people like Dr. Williams will be part of the committee that chooses the next president,” Richards said.

Be the first to comment on "Activists, students respond to KSU president’s resignation"