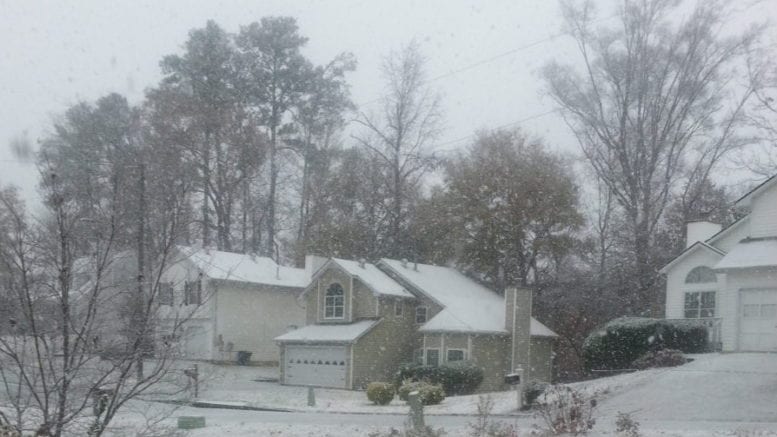 In a news alert this afternoon, Cobb County communications director Ross Cavitt announced that work crews had reached the approximate halfway point in their cleanup of debris on the county right-of-way resulting from this month’s snowstorm.

DOT crews had a list of nearly 170 locations that needed debris cleared off county right-of-way, and will have around 80 cleaned up by the end of the day. Crews expect to continue to work on debris removal through the first few weeks of 2018. Many locations in the county measured 12-inches of wet, heavy snow that caused trees to snap and power lines to come down.

The release further stated that the county can only remove waste from county property or right-of-way, not from private property.