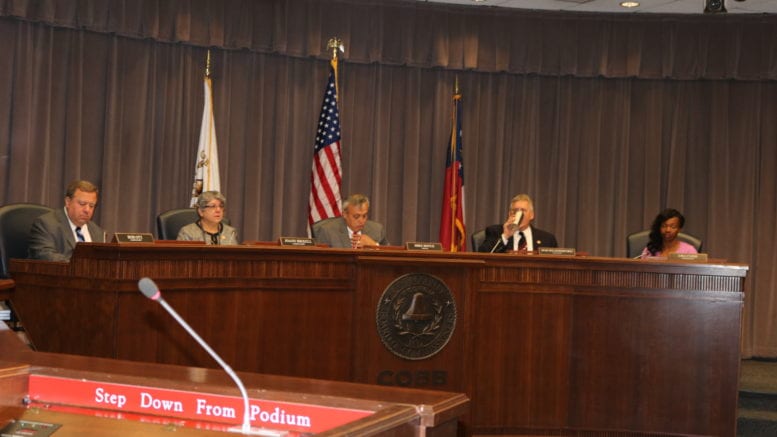 Cobb County Board of Commissioners -- photo by Larry Felton Johnson

The re-election bids of two Cobb County Commissioners will continue on as one heads to November and the other faces a Republican runoff.

Meanwhile, District 1 West Cobb commissioner finished first in a four-person Republican primary, but will face Keli Gambrill on July 24 after failing to secure more than 50 percent of the vote. Two other candidates, Melissa O’Brien and Forrest Shealy, are out of the race.

The good news for whoever wins the District 1 runoff is that no Democrat registered for the election, the contest will be decided this summer with the winner securing four years on the commission.

In the District 3 contest, Birrell got 58.63 percent at 5,628 votes while Tom Cheek received 41.37 percent with 3,971 votes. Her November Democratic opponent, Holko, won 80.55 percent of the vote against her primary opponent James Smith.

Board of Commissioners zoning meeting this Tuesday, November 16