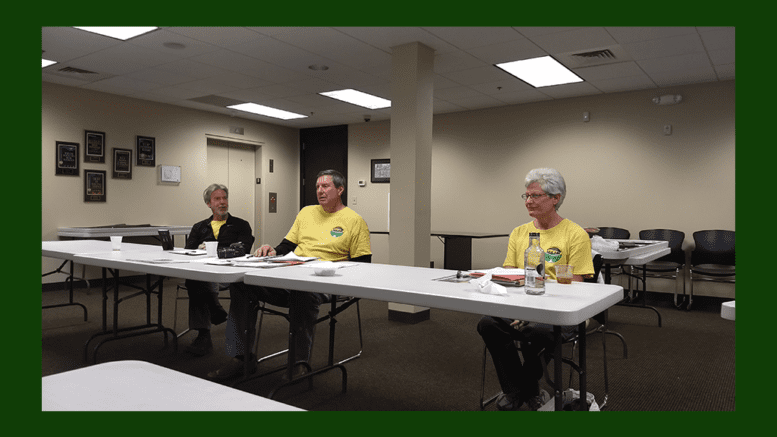 Connect the Comet has been advocating for an extension of the Silver Comet Trail for years. Now, with that vision a “when” rather than an “if,” the group used its fourth quarter meeting to celebrate.

“We knew that moving a railroad is like moving a mountain, and we’re very happy right now,” said Wendell Burks, an Atlanta banker who also serves as CTC’s managing director.

Burks received applause from the 20 or so people who attended the meeting, as did Connect the Comet founder Roberta Cook and architect Tony Aeck. All three stood at the front of the room wearing the group’s signature bright yellow t-shirts as there was plenty of thanks to go around. Aeck even thanked CSX for agreeing to sell the land.

“They’ve done something pretty unusual, and we have to be positive about that,” he said. 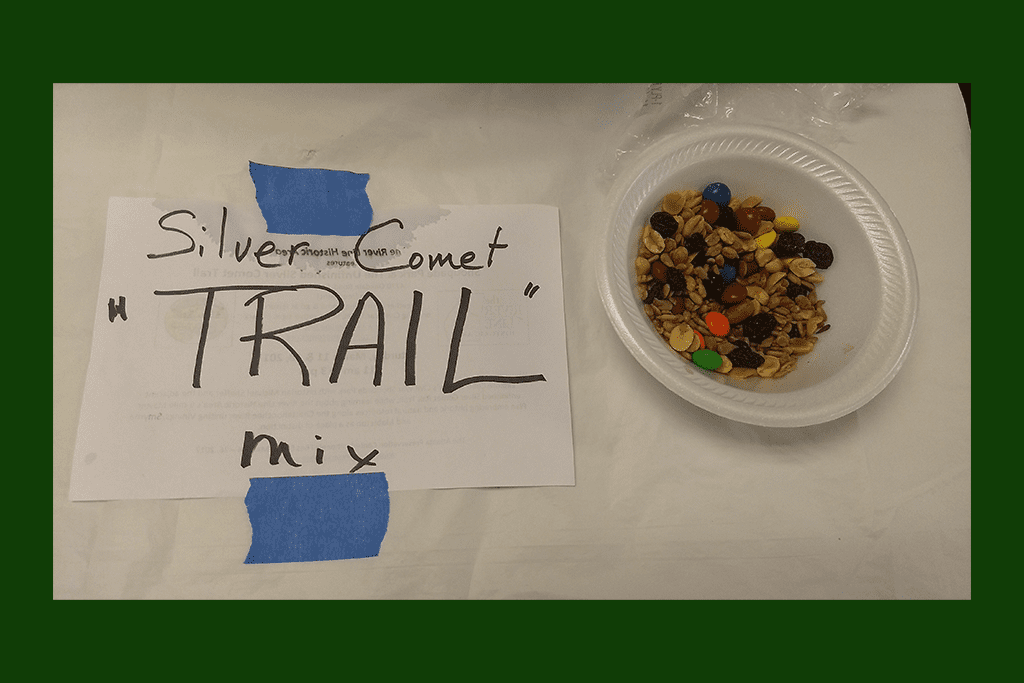 Attendees munched on celebratory Silver Comet “trail” mix and sipped tea at the typically snackless gatherings. It had been more than five years since the first-ever CTC meeting was held on May 29, 2013 (full disclosure: the gathering also included Cobb County Courier founder Larry Johnson).

That’s not to say this is the end of the road for Connect the Comet. There was plenty of discussion about the next steps, including where parking lots for trail uses might go, exactly what route the trail will take, how to eliminate kudzu along the route, how bike traffic will be separated from car traffic along the Atlanta Road portion and, of course, how long the extension will take. 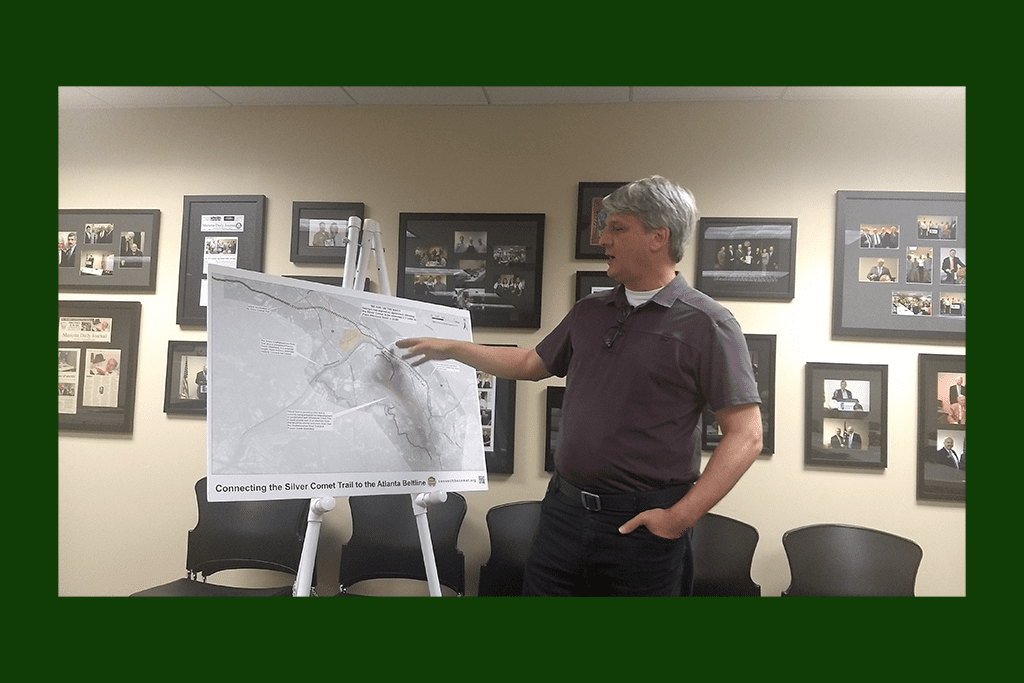 “We’re at the beginning, so I don’t have a lot of answers,” said Cobb County DOT Planning Division Manager Eric Meyer, who was on hand as well. “We’re getting (the trail) to the river.”

What’s known is that Georgia’s State Properties Commission has announced the signing of a new, 50-year lease agreement with CSX for the continued use of the state-owned Western and Atlantic railroad. That lease included the company abandoning 2.3 miles, or roughly 42 acres, of unused rail for $10.

Less clear is the fate of another 4.3 miles of disused track south of Plant Atkinson Road crucial to any future connections to the Atlanta Beltline. CSX still owns it, however, the state of Georgia has the first right of refusal for a future purchase. Burks said there may be more information on that portion in early 2019.

If the state does buy the land it won’t be cheap. A two-mile section of track for the Atlanta Beltline was purchased for $6.3 million in August.

Meyer told the group that construction on the new Cobb County portion would begin in late summer 2019 at the earliest. There is a lot of engineering work to be done, plus the county has to buy land for some of the extension that will leave the train tracks. There are still actual railroad tracks along the route for the moment.

There are already 84 miles of trail in Cobb County, and Meyer expressed confidence in the DOT’s ability to successfully tack on the Silver Comet addition.

Another issue is outreach to neighborhoods along the extension route. Burks said a lot of work has been done on that front already, and that feedback has been almost all positive. Burks also strongly suggested that anyone interested in donating to the cause send money to the PATH Foundation, which will be partnering with Cobb DOT on the extension.

Connect the Comet typically meets four times a year, though its first-quarter 2019 meeting date is yet to be determined. But in many ways, the group’s toughest task is behind it.

“It’s a glorious day, congratulations to everyone,” Burks said. “Thank you.”