Pebblebrook student Alex Ash-Green asked the board to address the issues at his school as supporters behind him stood in support. (photo by Rebecca Gaunt)

During the unveiling of the 2020 budget, Cobb County school Superintendent Chris Ragsdale announced the largest raise in at least 25 years, and possibly ever, according to county data. Every non-temporary employee, including bus drivers and custodians will benefit. The Georgia General Assembly approved the $3,000 raise per employee in the state budget as part of Gov. Brian Kemp’s promise to provide $5,000 raises to all teachers.

Depending on the step teachers are on, the raise could be anywhere from 8 percent to 12.6 percent of their current pay.

Ragsdale also announced that the budget will allow for more teacher allotments, reducing class sizes. He said this will be particularly helpful for students with special needs.

Other provisions of the budget include salary steps for nurses, additional custodian positions, competitive salary adjustment for campus officers and a step increase for all eligible employees.

The board unanimously approved the replacement building for King Springs Elementary, which is spread out on two Smyrna campuses. The almost $32 million dollar contract with Balfour Beatty Construction will combine the school into one campus with a three-story building.

According to John Adams, deputy superintendent of human resources and operations, lack of available land necessitated building up to make the best use of available space. The project is funded by SPLOST V and the scheduled completion date is May 2020. 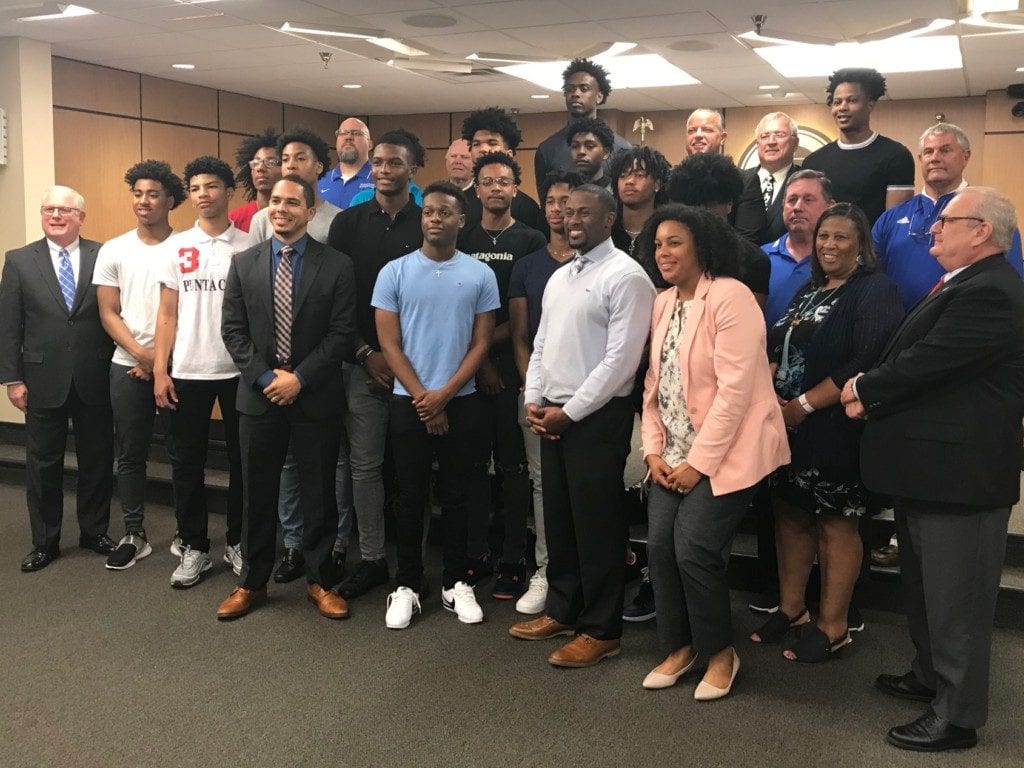 The central district office at 514 Glover St. will also receive major renovations and will be an instructional support center. According to Adams, the building was originally intended as a warehouse and was never meant to house people, making it a fire hazard.

Board member Jaha Howard raised concerns at the work session about approving this project ahead of all the concerns being voiced about Pebblebrook and Campbell High Schools, but Adams expressed confidence that those projects would not be affected.

Both the afternoon work and evening voting sessions had several public commenters. Three topics came up so often that Ragsdale made the uncharacteristic move of giving a response at the evening session.

Students and parents from Campbell Middle School expressed concerns about the moldy smell and buckled carpets throughout the building, saying the floors need to be a priority.

There were also several speakers expressing concerns about the conditions of Pebblebrook and Campbell High Schools, an ongoing issue in the county. 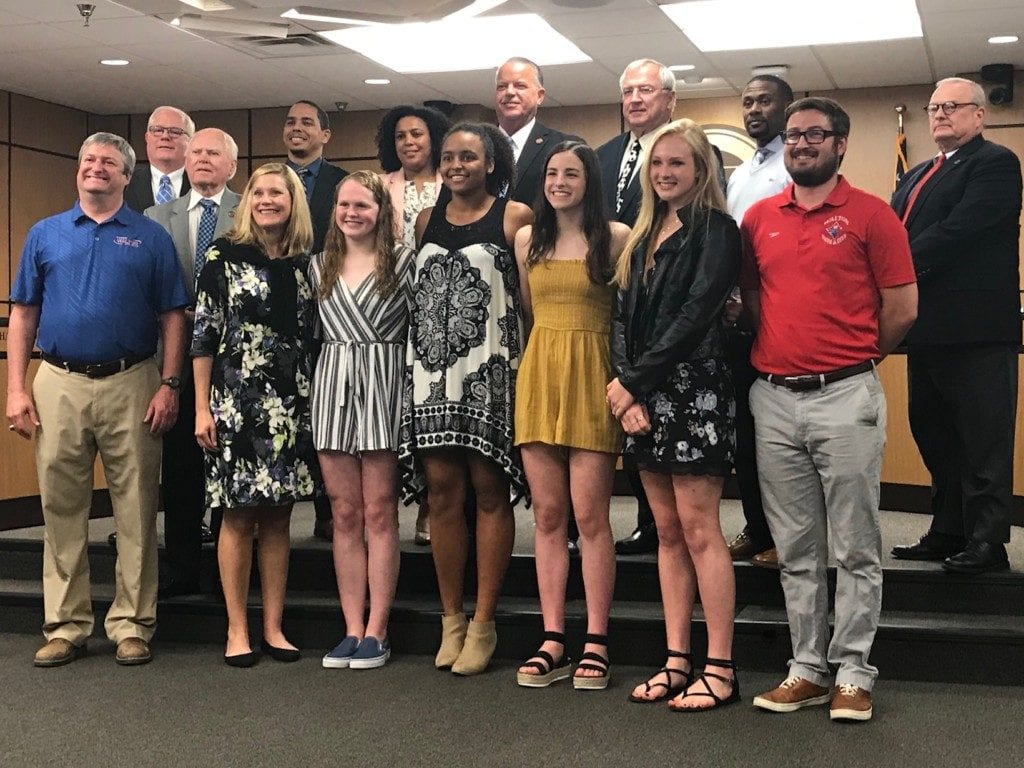 Tony Waybright, a Campbell High parent, told the board that they need better classrooms, not new gyms and theaters. He said he appreciates what has been done, but “we need to get beyond doing the bare minimum. Half of our building has sat facing Powder Springs Street since it was built in the 60s. It still says F.T. Wills on the outside wall. We can no longer pile pinestraw high enough on cleanup day to hide 60 years of inattention.”

Pebblebrook supporters wore black and stood while speakers addressed their issues. One parent invited board members from other parts of the county to tour the school and see the safety concerns for themselves.

“We are not going to rebuild the school and have it be at capacity the day that it opens,” he said.

Additionally, Ragsdale announced that the American Sign Language program at Lassiter High School, which was in danger of being cut, will be restored.