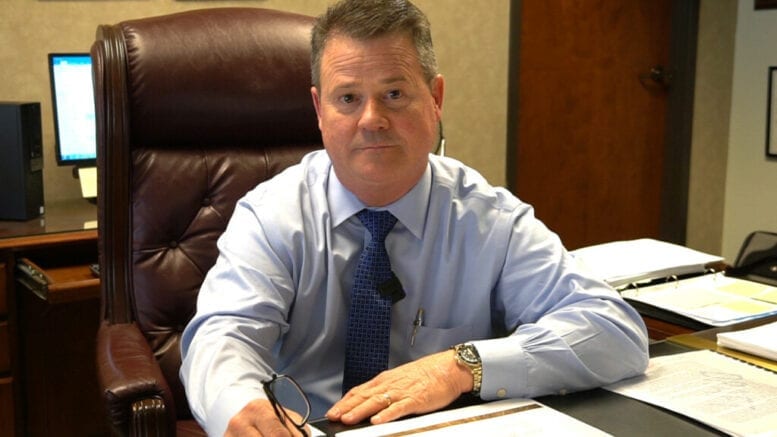 Cobb County Manager Rob Hosack will retire on April 1. Dr. Jackie McMorris, the Deputy County Manager, will fill in for him until the Cobb Board of Commissioners makes a decision about filling the position.

“It has been one of my highest honors to serve as county manager of Cobb County,“ said Hosack for a press release distributed this afternoon. “For the past several years, I’ve had the opportunity to work with an outstanding team in the county and to engage with Cobb’s residents. We have developed a deep bench of talented administrators and it’s time for me to step aside and let others lead.”

This will be Hosack’s second retirement from the county. After retiring as head of the Community Development department he was brought back in 2017 as county manager after the retirement of long-time county manager David Hankerson.

“Rob is the epitome of a public servant,” said Cobb County Commission Chairman Mike Boyce. “Any success we’ve achieved in the county while I’ve been Chairman is largely due to Rob Hosack. I’m saddened, but understand his reasons for leaving and wish him nothing but success. No Chairman could have had a better working relationship with a county manager than I had with Rob.”

According to the press release announcing Hosack’s retirement:

Hosack is a nationally-certified planner with the American Institute of Certified Planners and a certified public manager from the University of Georgia, through the EXCEL class of 1991. He is also a graduate of Leadership Cobb. Hosack has earned many honors and awards, including being named “Outstanding Young Public Servant of the Year” in 1992 by the South Cobb Jaycees, the 1999 “Golden Goose” award presented by the Board of Commissioners and county manager for excellence in management, the 2001 “Silver Eagle” award presented by the Cobb County management team for performing his job in a consistently superb manner and the 2002 “Executive of the Year” award from Cobb County’s Executive Support Professionals organization. Hosack was also selected for the Cobb Chamber Honorary Commanders Program in 2001.