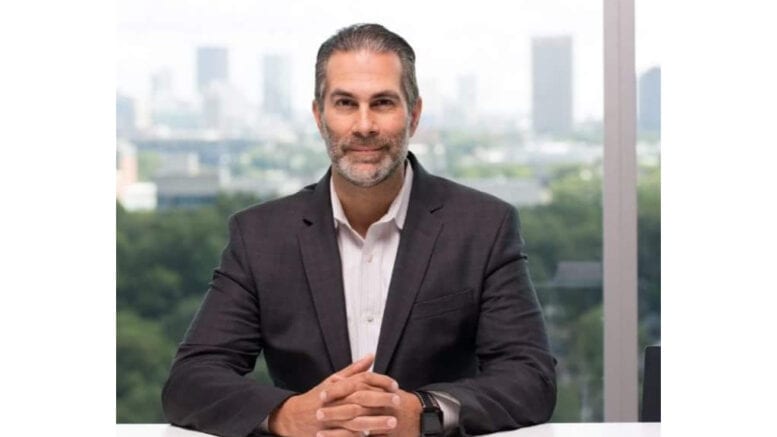 Kevin Nicholas is running in the Republican primary for the District 2 seat on the Cobb County Board of Commissioners that longtime Commissioner Bob Ott is vacating when this term ends.

The Courier recently had a phone conversation with Nicholas about his candidacy.

Asked about his background, Nicholas said he has been in Cobb County for over 25 years, with over 20 years in District 2.

“Most of that time I’ve been in the technology space,” he said.

“I currently work for a software company called Ingenious Med, and I run marketing for the company,” said Nicholas. “We employ a couple of hundred people in the Galleria area, and we make software for hospitals and healthcare professionals to manage their businesses.”

“And you can imagine it’s a very interesting time for for that group of people, and we’re doing doing a lot of good, I think, with the services and software we provide,” he said.

“I started my career with Bell South here, (in) telecommunications, and migrated into software,” he said. “Now I run very large teams, global teams, all from Cobb County, and manage large budgets, multi-million dollar, hundreds of millions of dollars of budgets in this space.”

He said his background in technology gives him the ability to look at problems with a modern approach.

Nicholas said that in addition to his business in the county, he’s also a professor of Economics and Business at DeVry University.

“I’m a current member of Leadership Cobb, class of 2020,” he said. “I’m also a board member of the Development Authority of Cobb County. I’m also a past board member for the Neighborhood Safety Commission, appointed by Bob Ott.”

“I am a co-founder of one of the largest technology nonprofit groups in the country, called the Atlanta Technology Professionals,” he said. “And part of our mission is we give back tens of thousands of dollars to charity, specifically to disadvantaged young people who can get a additional education and resources and technology for them to be successful as they grow older and (go) through college.”

He said the organization encourages them to go into the technology fields.

“I have been a longtime county GOP member and also officer. I was the House District 43 chairperson for the party for a long time,” he said. “In that role I got good Republicans elected, including current Republican Kay Kirkpatrick. We also had Karen Handel elected before the change, and many others.”

Asked why he is running for office at this time, Nicholas said, “We’re facing unprecedented change in growth, and attacks on our values … and I believe I’m probably one of the best qualified in terms of business and community, but also in terms of how to do the grassroots campaign in order to make sure we hold on to this seat in the general election.”

The Courier asked him to elaborate on the phrase “attacks on our values.”

He said, “What I mean by that is we need to preserve our community values and the way of life by keeping high density development in check. Too much high density overloads our roads and our schools and our way of life.”

“How do we keep our communities the way we are used to, and we want them, when we have high density developments that are going in right next door that’s unchecked?” he asked. “That, obviously, is an attack on on our way of life. Maybe attack is a strong word, but it’s an encroachment on our way of life for people who are raising their families here.”

“We need to invest in infrastructure first, and leverage 21st century technology for cost effective solutions that improve our mobility,” Nicholas said.

“We need a comprehensive plan, but let’s focus on Cobb County first,” he said. “I’m not necessarily in favor of spending over $300 million a mile to to bring rail into Cobb County when it’s very difficult sometimes to go from my subdivision down to down to the grocery store.”

Asked if he had a particular approach to land use and zoning issues, a task that takes up a great deal of the Cobb BOC’s time, Nicholas said, “I certainly do. And this is one of the ways I think I differentiate myself certainly from some of the other candidates in the race.”

“I believe we have to be very careful about making sure we have checks on high-density development. specifically we need to embrace our growth, and (be) smart about how we manage it, all while encompassing our values … as a community,” he said.

“Specifically, we have to pay attention to the master plans … that we have in some of the area,” he said.

“The high density projects must be checked to preserve our way of life, especially how it’s outlined in some of these master plans,” he said.

“But we also still need to encourage and manage growth and job creation … and I think if we do this right, we can make sure that we continue to preserve the way of life that we love in Cobb County,” he said, “but also to be able to manage this growth.”

Nicholas said that on the Development Authority board he voted against the incentives offered Kroger as part of the mixed-use redevelopment at Powers Ferry and Terrell Mill roads, because he didn’t think the number of jobs created by Kroger’s expansion justified the cost of the incentives.

“This is some of the hottest land in Georgia right now, not too far from the Battery and on a very busy road … If we didn’t do this with Kroger maybe another company would come in and do it for no incentives because of the attractiveness of that piece of land,” he said.

Asked whether he had any thoughts on the controversial Sterigenics facility that sterilizes medical equipment using the carcinogen ethylene oxide, Nicholas said “Absolutely!”

[Editor’s note: this interview was conducted before BOC Chairman Mike Boyce signed a temporary emergency order allowing Sterigenics to re-open at the request of the FDA, and before Sterigenics filed a lawsuit against the county]

Nicholas said that when he was canvassing in Vinings, before the COVID-19 pandemic caused his campaign to stop going door-to-door, Vinings residents told him they were very concerned about the Sterigenics facility.

“And I am too … My position on it is that any threat to the health of our citizens must be the first concern … I understand why the plant was shut down,” he said.

He said that once testing determines that the new procedures Sterigenics has put in place show “that levels are below what is acceptable and safe,” conversations can begin about re-opening the facility.

Regarding the COVID-19 pandemic, Nicholas said he trusts that the BOC chairman and the governor are making decisions based on advice from the experts.

“I do believe that we do have to have some dramatic changes in lifestyle in order to defeat this,” he said.

He said his company’s offices have closed down due to the pandemic, and that employees were telecommuting.

“I think our governor and our board of commissioners are trying to make the best decisions they can for the people based upon the guidance of the experts,” he said, And we just have to make sure that we’re, we’re all in this together.”

Asked if he had any closing thoughts he’d like voters to know, Nicholas said, “As the House district chair for the GOP for this area .. I helped really good Republicans get elected.”

“I believe I will be the only Republican candidate to be able to work at this grass roots level, …to hold this seat,” he said. “The general election is in November, and I do believe that we represent all the people.”

“But you know, there’s different values between Democrats and Republicans,” he said. “And there’s a real possibility of this seat flipping.”

He said that his business experience in the county and his experience doing grassroots work make him stand out from the other candidates.

“I know they don’t have the grass roots experience that I have,” he said.

“What I pride myself on most as a business person (and) as a community leader, is a capability of bringing together really good people, smart people that are very capable as a team to tackle our challenges,” he said. “I don’t think a commissioner operates in a vacuum I think the commissioner needs to work with the fellow commissioners, the staff and and really listen to the community in order to group together good people, in order to tackle these challenges that we’re going to be facing moving forward.”

And (those challenges) include transportation, public safety … that’s going to be a big issue we need to address as far as how we keep our finely tuned and finely trained public safety officers here,” he said.

“I would like to add a little bit more about public safety because public safety is an additional issue that we are concerned about,” he said.

“What I mean by that is Cobb County probably has some of the best trained police officers and firefighters in the state if not in the country, and we lose a lot of good officers,” he said.

“Being on the Neighborhood Safety Commission,” he said. “I’ve seen the training and I’ve seen the challenges that we have with with having vacancies in public safety,” Nicholas said. “And we lose good officers because we don’t take care of their families and take care of them in terms of compensation. And we need to really take a hard look at that.”

“The step-and-grade is a great, a great first step, but it may not necessarily help for tenured officers,” said Nicholas.

“And we can’t be fooled to think that tenured officers shouldn’t also get some some additional benefits,” he said. “And so if we lose good officers, not only are we doing our community a disservice, we’re doing our public safety officers, his family a disservice, and quite frankly, it’s going to cost us long and a lot more in the long run.”

For more information on the Kevin Nicholas campaign visit http://www.kevinrnicholas.com/

A conversation with Lisa Cupid