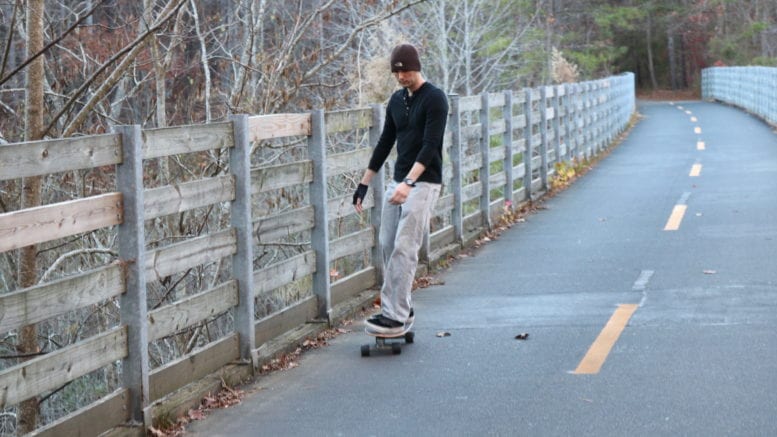 Cobb’s county’s decision to reopen The Silver Comet Trail plus other trails and passive parks this weekend is drawing largely favorable reviews from such trail users as bicyclists and joggers as well as residents at large. It’s also getting a thumbs-up from some county officials.

That feedback includes at least one person who falls into both categories.

“I run a lot,” said District 4 Commissioner Lisa Cupid, whose district includes much of the 12.8 miles of the Comet which lies within Cobb County. “And when people are running, walking or cycling they are naturally distancing themselves.”

Cobb’s parks were shut down roughly one month ago as a result of the ongoing COVID-19 pandemic-both as a public health measure and to encourage residents to keep a safe distance from each other.

A county spokesman said passive parks are those without amenities like playgrounds, ballparks, soccer fields and tennis centers. Those with such facilities will remain shut down.  Other park locations are set to re-open Saturday, April 25. The county said the passive parks/trails allow for more social spacing under public health guidelines than those with amenities.

Users will have to adhere to social distancing guidelines and will be required to wear masks. Cupid called that “a good compromise.”

The Silver Comet is trail is wildly popular, drawing an estimated 1.9 million walkers, runners, bikers and others a year. The easing of the closures drew an enthusiastic response on social media Wednesday evening-although some pushback was expressed as well.

As Anna  Wilcox Vaagen posted on a Silver Comet Facebook page, “VERY ready for the SCT to reopen. When we bike or run them, we don’t stand around interacting with people anyway.”

Another poster identified as “Author” chimed in that “with proper procedures, common sense and cautious behavior, the trail can be used in a safe manner.”

But a few who weighed in on Commission Chairman Mike Boyce’s  page were, to say the least, doubtful.

A poster identifying herself as Jenny Cubbon referred to “You and the 25-hundred other people who will be scrambling to get out of the house. Hard pass.” Another simply said “No, thank you”

And a few others pushed back against the mask requirement.

As Edith Tremble Canales put it, “Ridiculous to wear a mask outdoors if not around and in close contact to people.”

For his part, Boyce indicated a longer timeline coping with the virus plus additional medical information led to the decision.

“The fact is we now have a month under our belt on what measures we can take to offset the virus.  We closed the parks at the recommendation of (Cobb and Douglas) Public Health. It was an informed decision. Now that we have been sheltering in place we have a much better idea of actions we can take to mitigate this virus.”

Boyce said he believed that what he called a “realistic”approach to the pandemic issue will be more workable in the eyes of county residents.

He stressed that in addition to all amenities remaining closed, restrooms in passive parks will also be off-limits. All those are spots more likely to attract gatherings, said county officials.

Cupid said she hoped that people would comply with the restrictions paired with the re-opening decision, as, in her words, “exercise is a way of keeping stress down and keeping people in good health.”

The Silver Comet is trail is wildly popular, drawing an estimated 1.9 million walkers, runners, bikers and others a year.

Be the first to comment on "Reactions to reopening Silver Comet Trail mixed but mostly favorable among cyclists, runners"