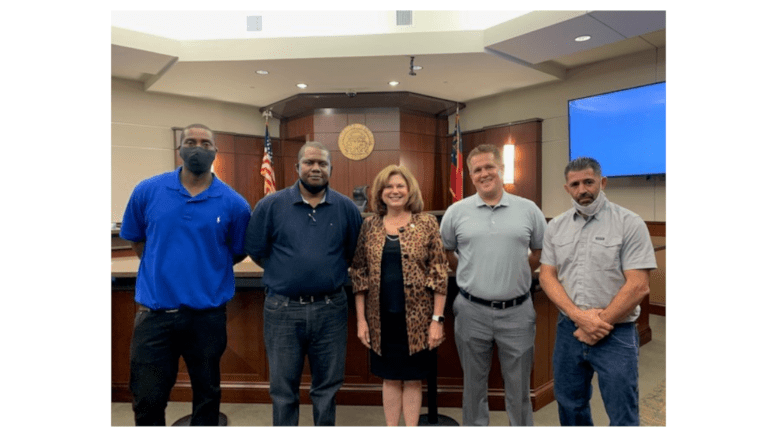 Five participants in the Cobb County Drug Treatment Court graduated Monday. The court is one of four accountability courts, set up as an alternative to incarceration.

The news release for the graduation described the purpose of the courts as follows:

The intensive program, suited for criminal offenders who are generally non-violent, lasts a minimum of two years and aims to treat an individual’s underlying addictions and return him or her to a productive member of society while reducing incarceration costs.

“You persevered and kept going,” she told the graduates at the celebration. “It takes enormous courage to do a program like this. You dug deeper into your mind, your heart, your soul.”

The news release described the program and it’s effect to two of the graduates:

Joel, 42, entered the program in December 2019, and during his time in the program has grown his business, gotten married, and become a father.

“Life as I knew it has taken on a whole new meaning,” he said. “Drug Court provided me with the tools and resources, along with structure and accountability, to achieve and maintain a sober and happier life.”

Each graduate introduced family and friends who were attending in person or via Zoom, and thanked the staff and nonprofit groups that helped them get back on track.

More than 650 people have graduated from Cobb’s Drug Treatment Court. Many continue to support each other in their recovery, including through an alumni group.

About the Accountability Courts