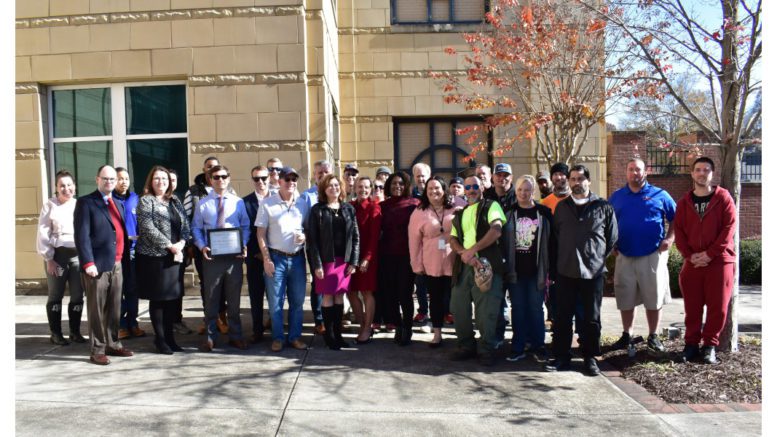 Photo from the event provided by Cobb County Superior Court

According to a public information release from Cobb County Superior Court:

The Dec. 1 lunchtime gathering was held in the Debra Bernes Plaza adjacent to Cobb Superior Court and provided an opportunity for healthy socializing and recognition of the work put forth by court participants to improve their lives.

Participants are put through a rigorous program of education, counseling, and monitoring, after which a graduation ceremony is held, and the participant avoids the term of incarceration which they would have had without the program.

Separately, just before Thanksgiving, participants in Drug Treatment Court celebrated sobriety at the Be Grateful Dinner. Staff of the accountability court program and its treatment provider, In Search of Wellness LLC, collaborated to host the dinner, which they intend to establish as an annual event.  Attendees shared things they are thankful for, with family, health and sobriety at the forefront for many. One participant told Judge Kimberly Childs he was grateful that she had given him a second chance by sentencing him to drug court.

About the Cobb Accountability Courts

The accountability courts serve as a means of avoiding incarceration by people who need counseling and goal-setting skills rather than punishment. The purpose is to help them be productive citizens and to alleviate the overcrowded conditions in our jails and prisons by diverting people who could benefit from the programs.