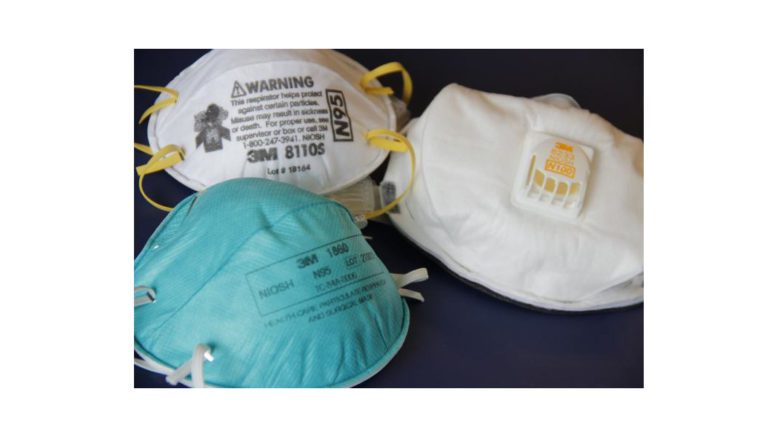 Republican state lawmakers’ fight against COVID-19 mandates gained steam Wednesday, with committees advancing bills that would relax restrictions on school mask requirements and prohibit governments from requiring proof of vaccination at public buildings or to use services.

A House committee advanced the Gov. Brian Kemp-backed bill that allows parents to opt their children out of masks requirements at public and charter schools. Also Wednesday, the Senate Health and Human Services Committee passed Senate Bill 345 that prohibit state and local governments, including public universities, from requiring proof of a COVID-19 vaccination through June 2023.

The Senate measure, sponsored by Chickamauga Republican Sen. Jeff Mullis, passed with 7-4 vote, bans government agencies from requiring so-called vaccine passports to gain access at public buildings or to obtain licenses, permits and use other services

The latest revision specifies only proof of COVID-19 vaccinations would be banned and it sets an expiration date in June 2023.

Originally, Senate Bill 345 covered all vaccinations, which would’ve prevented school districts from mandatory shots children have taken for measles and chickenpox for decades.

It also excludes hospital authorities so that medical facilities can comply with federal immunization mandates for health care workers.

“I’ve had three vaccinations, two (doses) and then the booster,” Mullis said. “I think everybody should have vaccination. I just don’t think the state government should mandate it.”

Brandt Lewis, who manages the New Georgia Project’s vaccination program aimed at Black people and other minorities, says it’s difficult enough to deal with vaccine hesitancy often precipitated by misinformation without also having government rules that could lead to unintended consequences.

“Senate Bill 345 is aimed at prohibiting Georgians from keeping all of us honest to our neighbors and preserving the health of the most vulnerable of our society, our seniors,” Lewis said.

Democratic Sen. Michelle Au, an epidemiologist from Johns Creek, asked how long it will take for a vaccine taken by more than half the world’s population to become considered an acceptable requirement for school attendance.

“I think it’s great that we have required vaccination for school (but) why is the COVID vaccine different?” she said.

Sen. Dean Burke, a physician and Bainbridge Republican, said the addition of a sunset provision in the summer 2023 alleviated his chief concerns of enacting the policy for an unpredictable virus.

“I think all of us in the medical community are concerned about with COVID-19 is the fact that it has proven itself to be a very adaptive mutation and I’m hesitant to support anything that would kind of tie our hands up to what might happen in the future,” Burke said.

As the cultural battle that pits the scope of government authority against personal freedom in a public health crisis continues, vaccinations and school mask mandates remain a major line of demarcation that often divides along party lines.

Other states, including neighboring Florida, have introduced or passed legislation rolling back government vaccination mandates and school mask policies.

A Utah bill under consideration also bans employers from mandating that their staff is vaccinated and the government bans covers any type of required proof of immunization.

A lobbyist with the Association of County Commissioners of Georgia said the organization is unaware of any local governments that currently require vaccine documentation.

During Wednesday’s Senate meeting, Taylor Hawkins, with the conservative organization Frontline Policy Action, said the group supports a bill that reinforces people’s ability to make their own health care decisions.

“The idea that the state or local government could cram down a mandate that could prohibit public services based on whether or not citizens have received a treatment, which many have a religious or health reason as to why they cannot receive it, is a repugnant idea,” Hawkins said.

Under the bill, schools and districts could only require masks if they allow parents to exempt their children. Like the vaccine documentation bill, the face covering mandate ban is set to expire June 2023.

Republicans on the committee said the goal is to empower parents to make medical decisions for their children.

“This should not be a Democrat versus Republican issue,” said Dahlonega Republican Sen. Steve Gooch. “This is about the children. And if you listen to the families all over Georgia, both Democrat and Republican, especially the moms, they support this legislation. We better start listening to the voters in the state because they’re fed up with some mandates from the local schools on these masks.”

“A bill just passed out that would eliminate schools being able to even ask for vaccination records around COVID, and now we’re talking about eliminating having the ability to decide at the local level whether or not masks will be (required),” she said. “And so my question here is why in the world are we completely alienating the typical rules around allowing what’s happening on the ground locally, to be able to now say that this needs to be codified across the state?”

The Atlanta-based Centers for Disease Control and Prevention recommends universal indoor masking for anyone in a k-12 school.

“I mean, you can see we can’t predict the future when it comes to disease,” she said. “So why not then limit this to COVID and its currently known variants, versus trying to preempt pandemics and diseases that we have no idea, we can’t even imagine right now?”

“I would state that I’m 42 years old, and this is the first pandemic that I’ve lived through,” said the bill’s sponsor, Buford Republican Clint Dixon. “And then I think that, again, parents have a fundamental right on the decisions, especially with their children and their upbringing, and I think that it should not be limited to just COVID.”

“None of us know what the future holds,” he added. “And as things come before us in life, we deal with them at that time. Worrying about something that we don’t know anything about is like sitting in a rocking chair and rocking in it, it gives you something to do, but it isn’t going to get you anywhere.”

Parent asked Dixon whether he consulted with any health experts in writing the bill, including Georgia Department of Public Health Director Dr. Kathleen Toomey. Dixon said the governor might have done so.

Republicans on the committee pointed out that children account for only a tiny fraction of the state’s nearly 30,000 COVID-19 deaths. Medical experts say COVID-19 typically causes only mild symptoms in young people, but there are rare exceptions, and children can spread the disease to more vulnerable adults.

Support News You Trust by donating to the Georgia Recorder

Dr. Isaac Chun-Hai Fung, associate professor of epidemiology at the Jiann-Ping Hsu College of Public Health at Georgia Southern University, said he has questions about the two bills.

“Are we moving too fast to limit the power of the state and local governments as well as schools and school districts to do what is needed, should we enter another public health crisis again? Isn’t it prudent to take legislative actions in a cautious manner and consider the wide range of possibilities into the future?”

“Given the rapid evolution of the virus, we may not know what the future looks like for this pandemic,” he added. “We won’t even know when another virus emerges and leads us into another pandemic again.”

“This is no joke. This was at the hospital, WellStar, not far from here. This is real. Please understand that you can catch this, this is real. I got blessed by God, I guess, to be here today. But I wish you would look at the fact that the masks not only protect you, they protect the people around you too.”

Human rights declined during the COVID-19 pandemic, in countries from Angola to the US to New Zealand